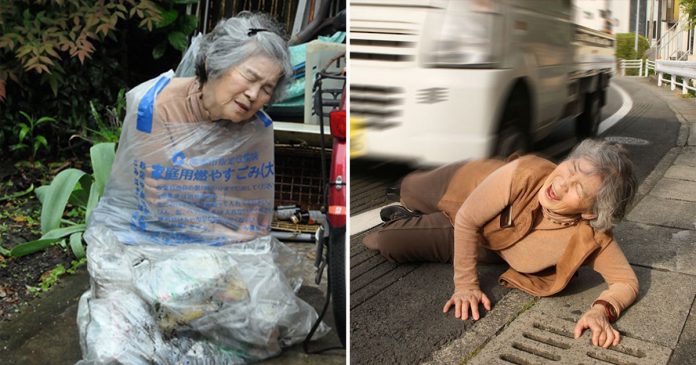 It is never too late to learn something new even if you are already in your 70s. That is what happened to Kimiko Nishimoto who first discovered how to use camera for the first time when she was 71 years old. Now, at the age of 88 years old, Kimiko is already a renowned photographer in Japan.

It all started when she enrolled in one of her son’s photography classes for beginner which her son was teaching. She realised she had fallen in love with photography and with her husband’s encouragement, she began to snap various shots with her camera.

Most of her snapshot focus on nature, colourful abstract designs and still life but she also found her quirky side as her subject. In this series of self-portraits, she snapped self-portraits of herself in comical and bizarre way that would not be expected from a woman her age.

Scroll down for Kimiko’s hilarious and amusing portraits

#1 In this hilarious shot, Kimiko is seen wearing a furry ape costume and stands behind a gate 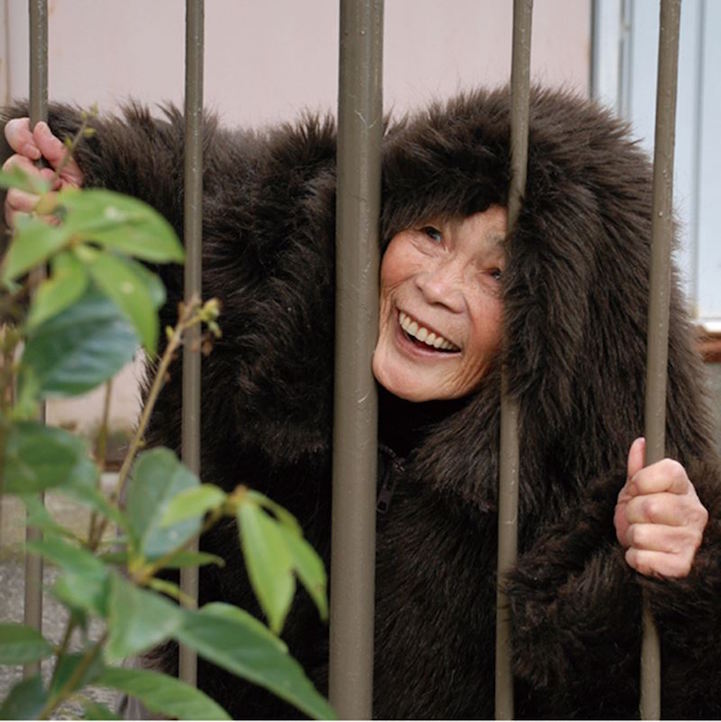 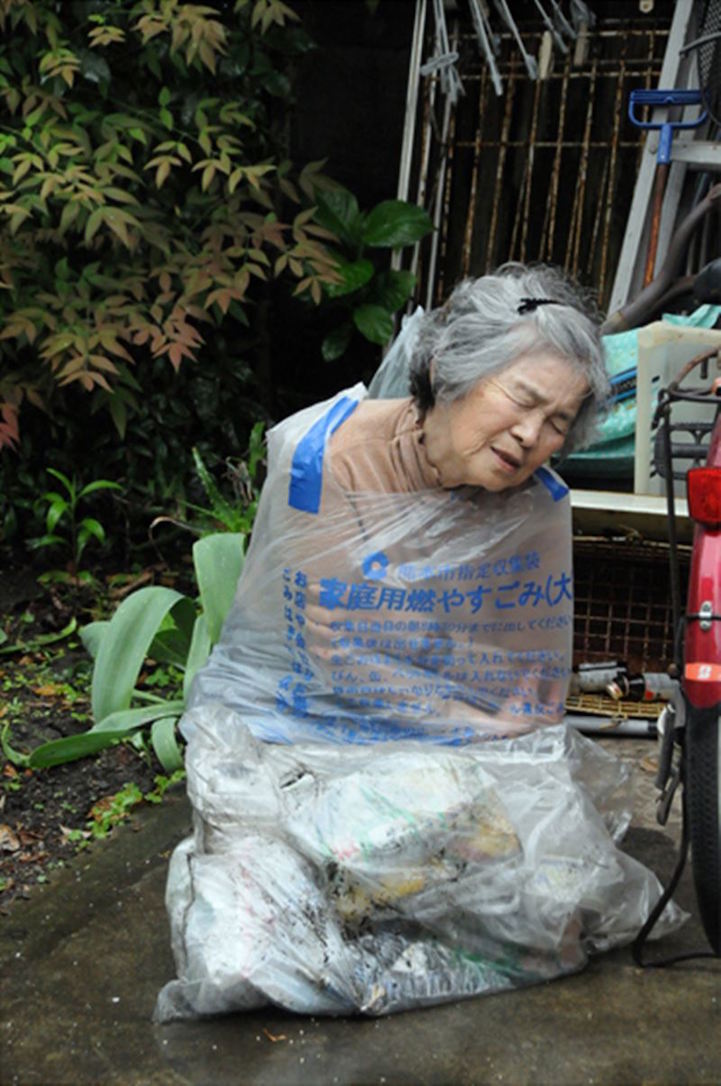 #3 Oops, nearly get run over by a moving lorry! She also takes classes where she learns to edit and manipulate her images. This one shows how focused she is in her classes! 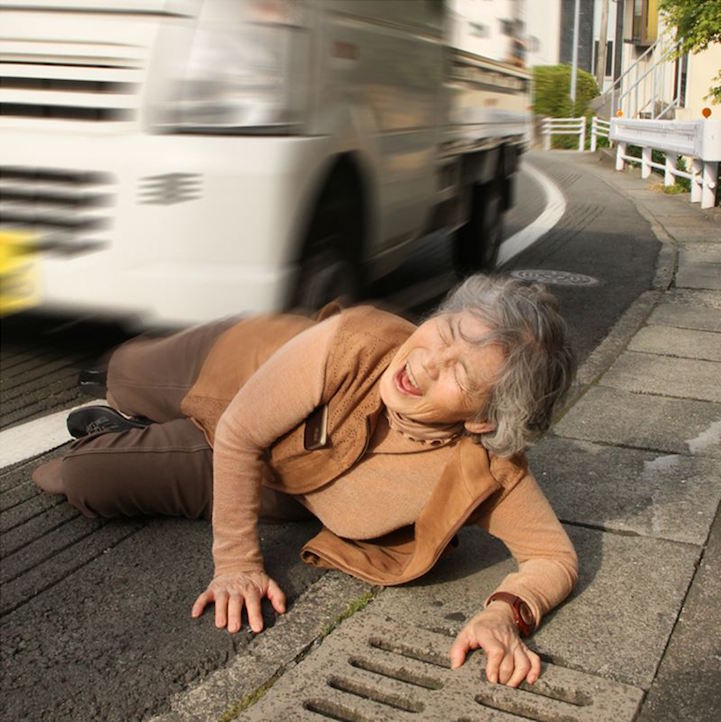 #4 She brings irony to a new level: Playing a character as a glass of beer drinking some beer 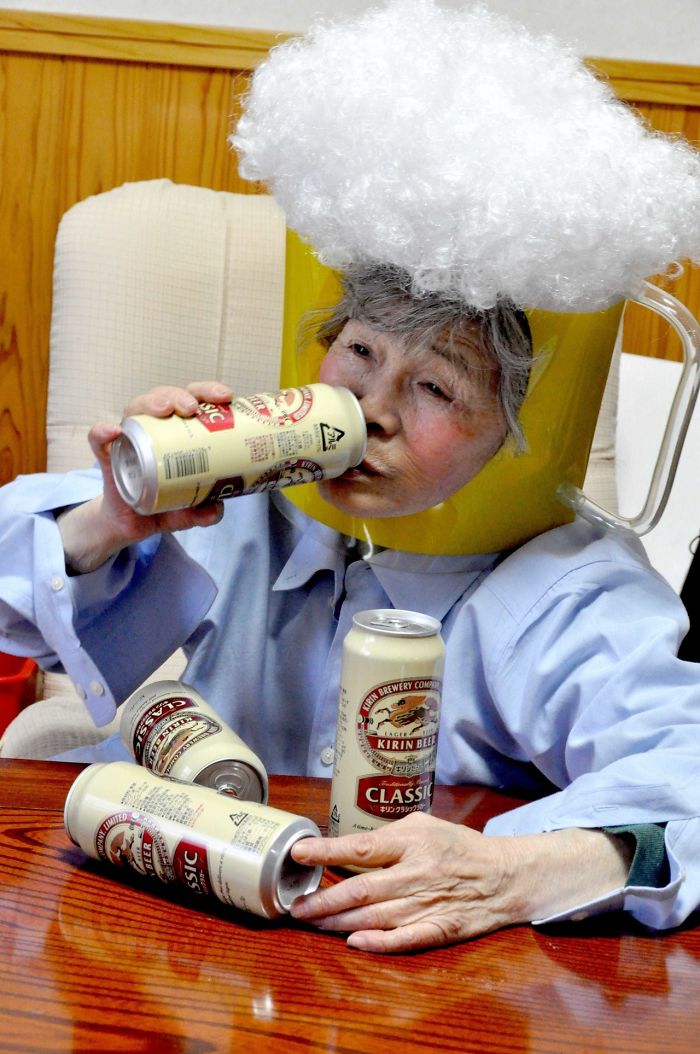 #5 Is that the famous Japanese cartoon, Keroppi The Frog? In this portrait, Kimiko wears a frog costume

#6 A classic interpretation of Japanese thief in which Kimiko wears a cloth that is tied under her nose. The cloth is believed to reduce the thief’s breathing sound when breaking into a house 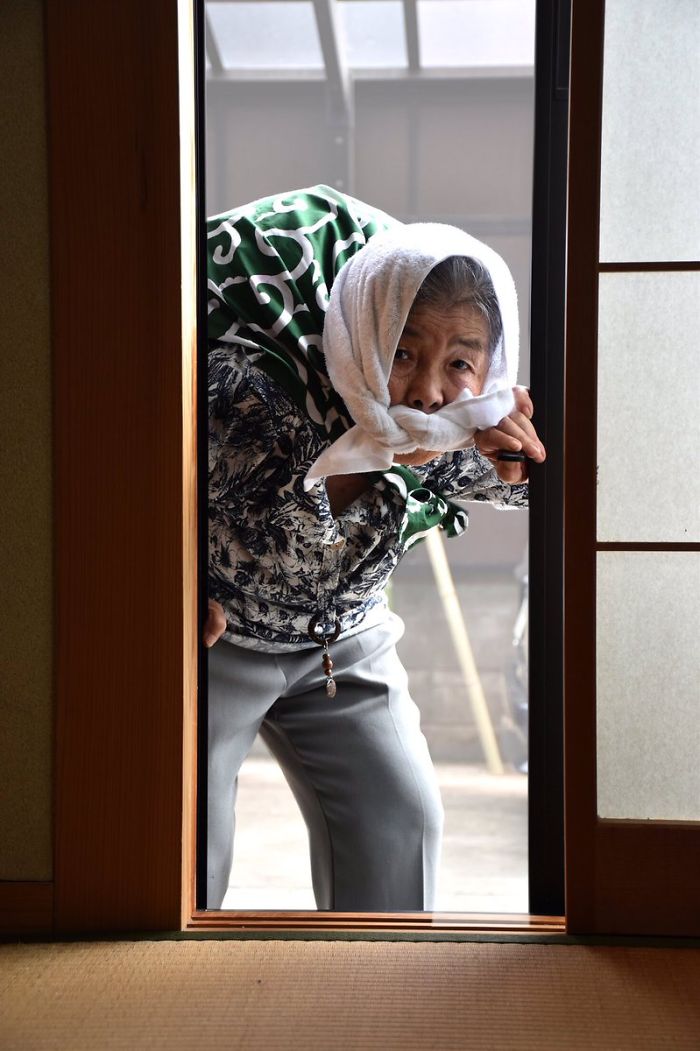 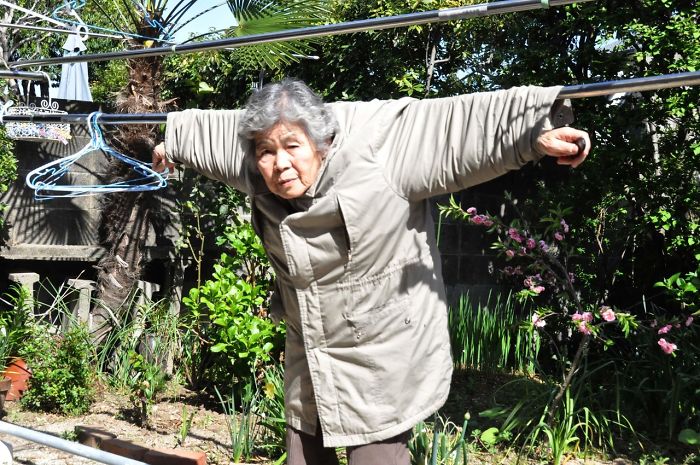 #8 The Curious Case of Kimiko Button: Imagining herself as baby as she wears a beanie and a bib around her neck along with a toy in her left hand 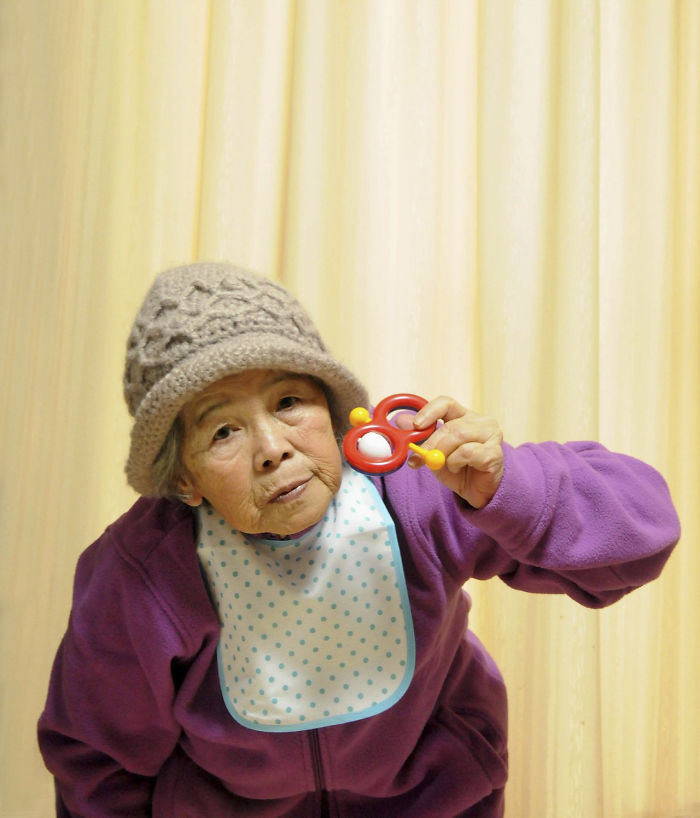 10 years after she took photography as her new hobby, she had her first solo exhibition at a local museum in her hometown in Kumamoto.

This year, she is about have her next exhibition at Epson Imaging Gallery Epsite, Tokyo. Her exhibition’s title is Asobokane, meaning ‘let’s play’ and will be available for the public from December 15, 2017 until January 18, 2018.

If you are happened to be in Japan, why not go to her exhibition at Tokyo for a good laugh. Kimiko Nishimoto sure reminds us to live our life to fullest and enjoy it no matter how old we are.

Malaysian-Swedish mixed baby dubbed as the world’s cutest now is a...