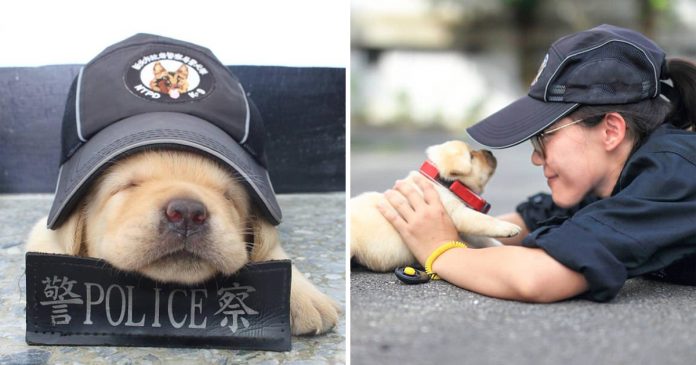 New Taipei City Police Department has just received their newest addition into the police squad – an adorable 6-month-old Labrador puppy, Fushin. Fushin was just one month old when he was chosen as a blood detection dog by the police. 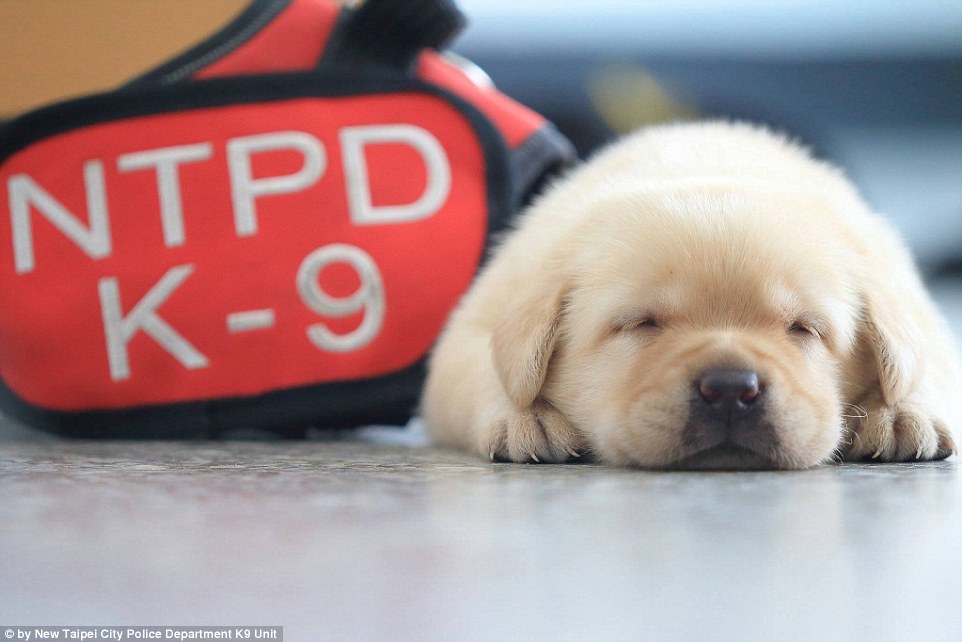 Fushin loves sleeping and cuddling with the police officers 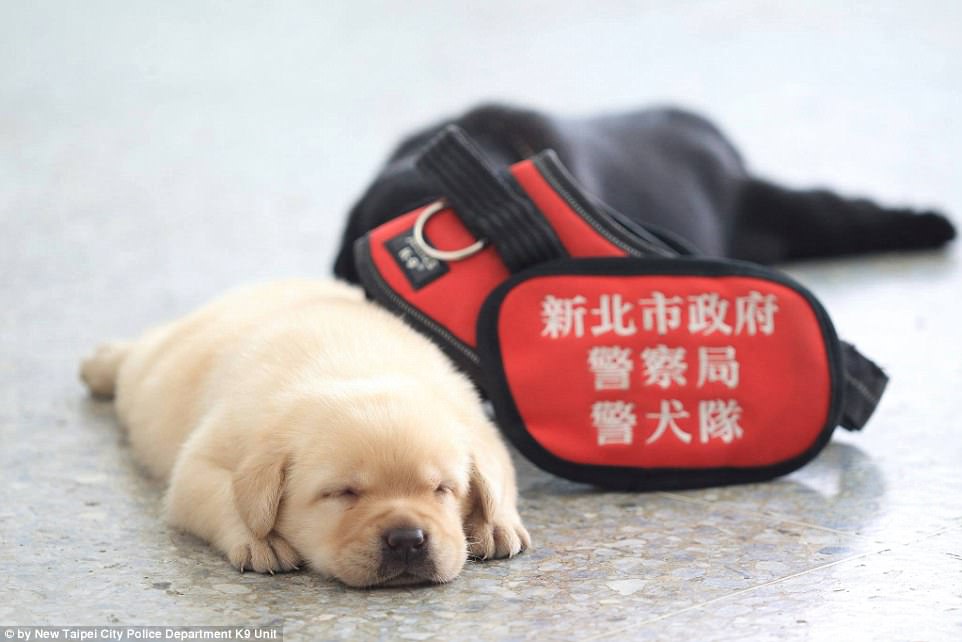 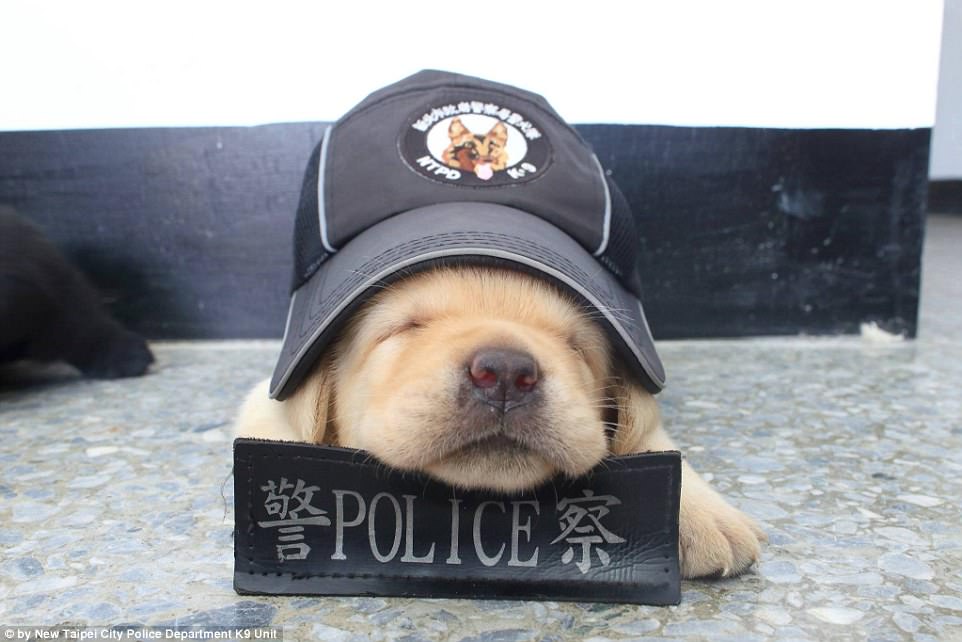 Fushin has other five siblings; Schuman, Federica, Eagle, AJ and Sunny and they were all born on May 9 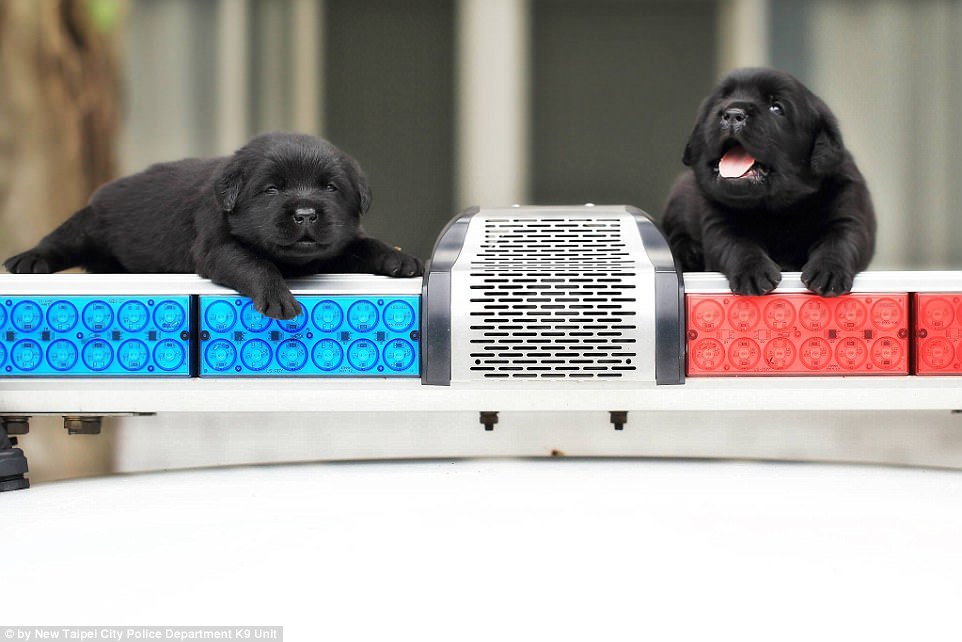 Two of Fushin’s siblings were born black like their parents 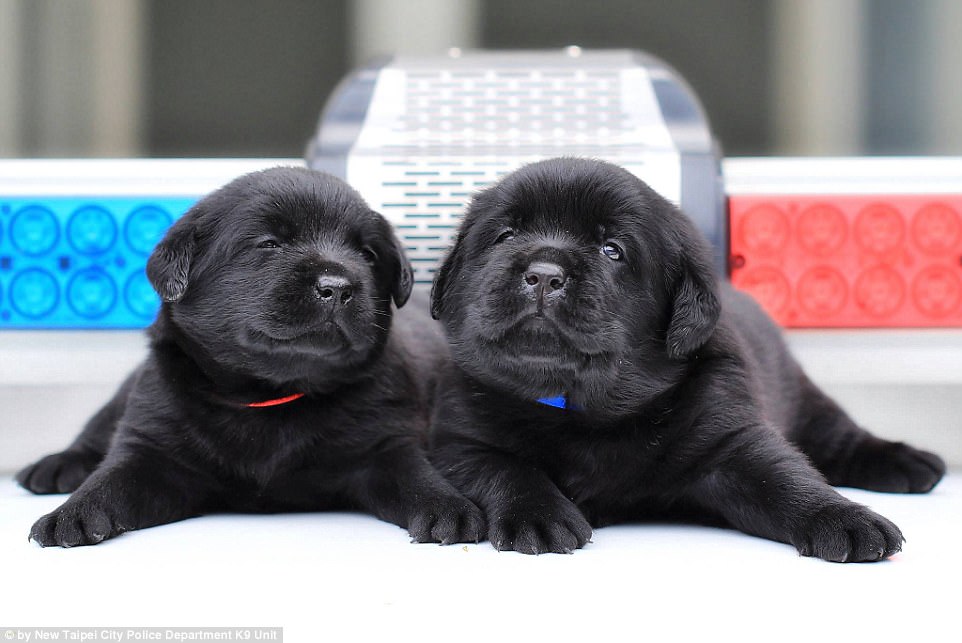 Their parents, Yellow and Leader are both two years old and like Fushin, they also work as sniffer dogs for the detection dog team of the police department, the K9 unit. 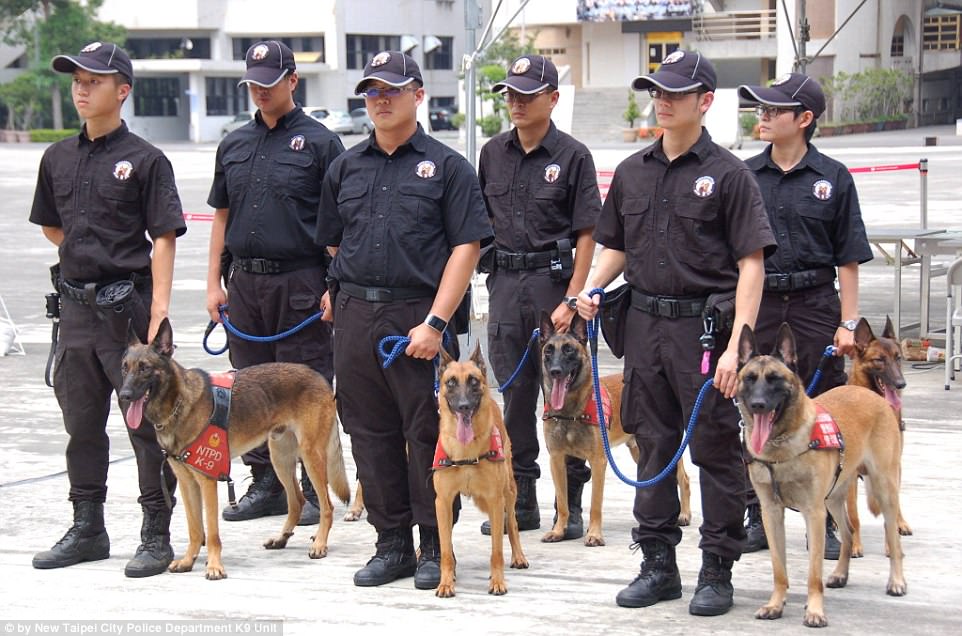 Captain Pan Tian-long, the captain of K9 unit said that Fushin is very ambitious and courageous. “We plan to train him to become a blood detection dog. After the training, he would assist the police officers to discover, hunt and pursue traces at crime scenes as well as catch suspected criminals.” said Captain Pan. 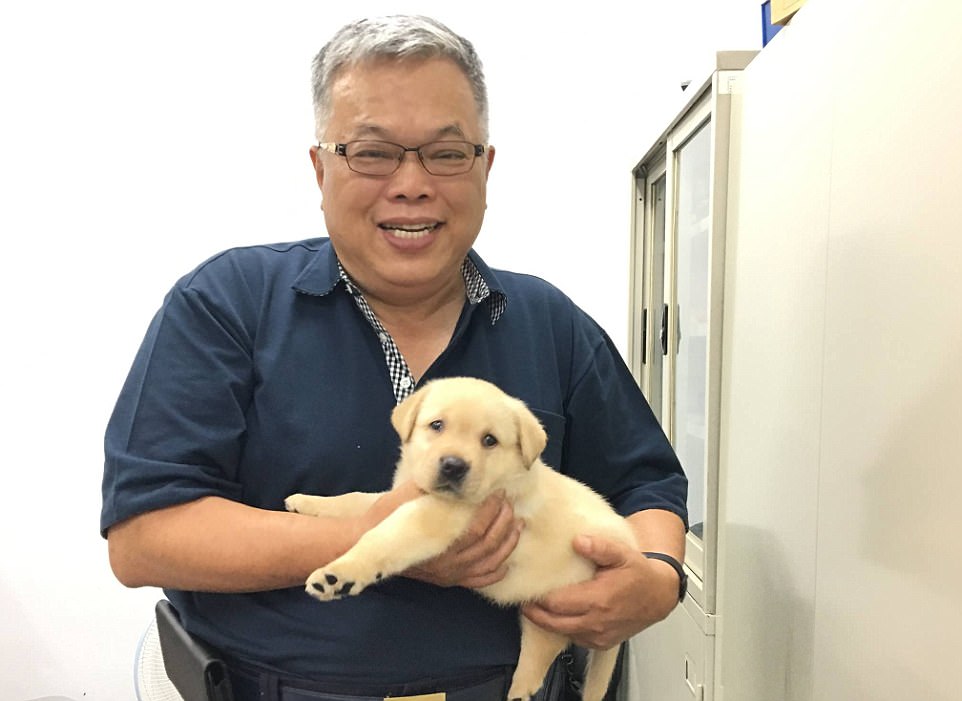 Interestingly, Fushin and his dog siblings are the first litter of dogs bred specially by the unit and all officers have taken turns to take care of them 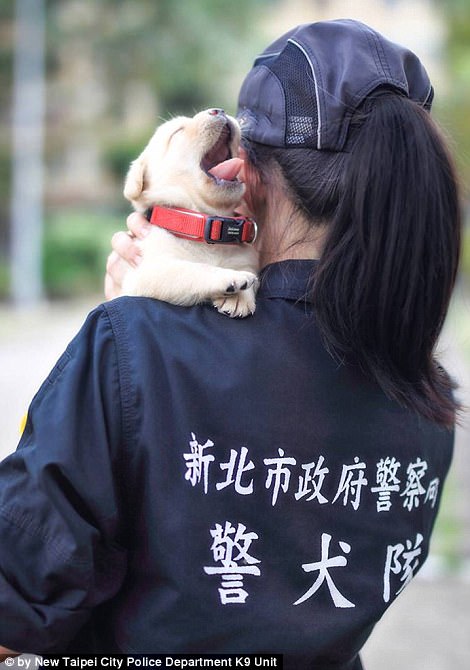 “Fushin is especially cute because he is different from all the others, and he is the naughtiest” 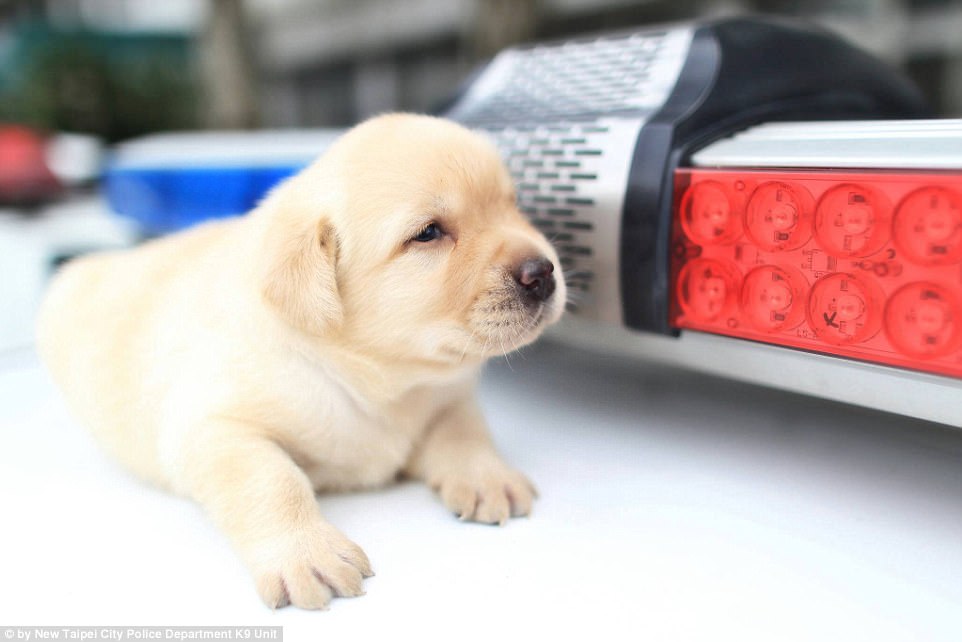 “Sometimes, he would fall asleep while eating, and then he would wake up suddenly and carry on eating like nothing happened. How could people not love something as cute as that?” 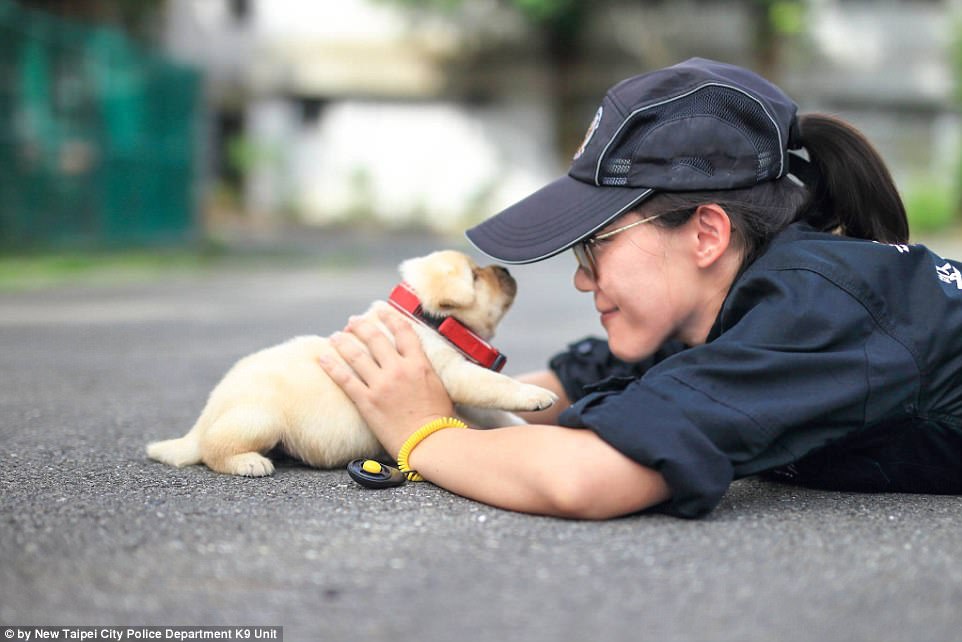 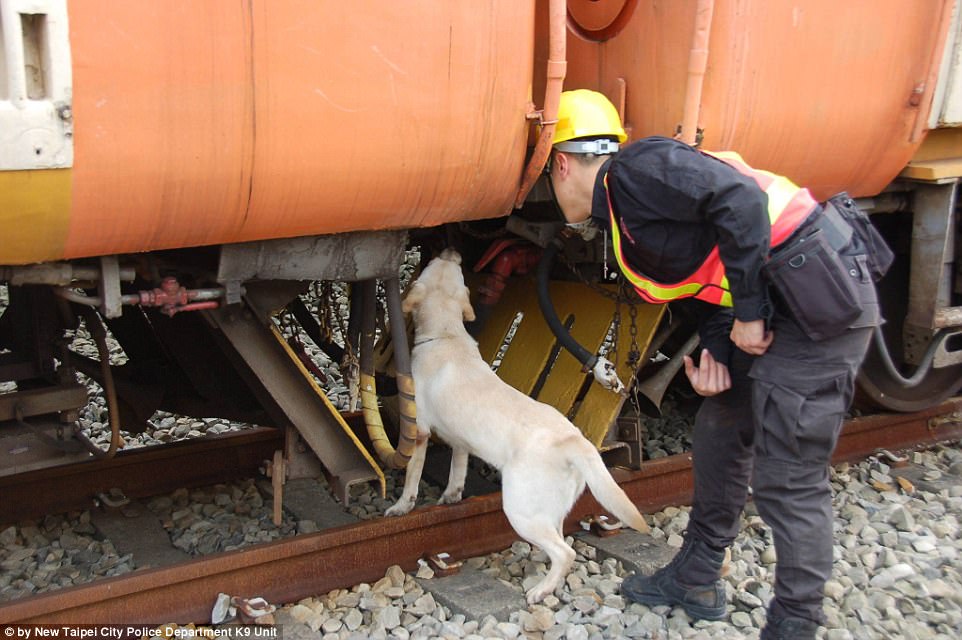 Let’s applaud for these dogs’ bravery and intelligence in helping the police to protect the country and the public. We wish Fushin, Schuman, Federica, Eagle, AJ and Sunny all the best in their career!

“How can it looks so angry and so cute at the...