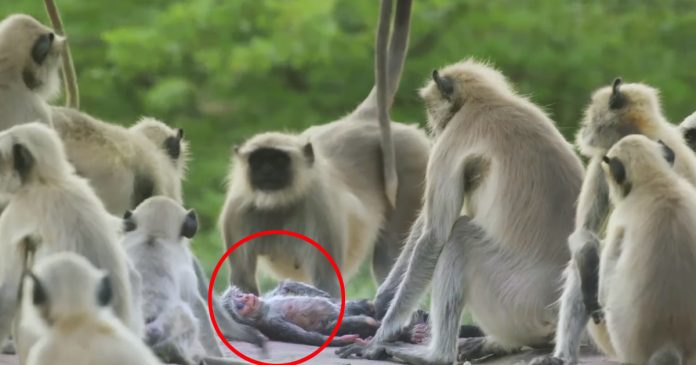 You may have heard of Spy in the Wild, one of the most recent BBC documentaries. Its unique twist is having cameras hidden in robots that resemble animals that are the subjects of each episode.

The animals engage the robots … and all sorts of interesting interactions ensue.

Gray langur monkeys, found across the Indian Subcontinent, are featured in the first Spy in the Wild episode. The spy robot, a simulated infant, is adopted by a langur community. When the robot is mistakenly dropped, the animals react as if an actual monkey had fallen to an unfortunate end.

The langurs seem to believe that the dropped robot, which isn’t moving, is a newly dead infant. They gather around, seemingly to pay homage. They also appear to comfort with each other about the “infant’s” death, looking distraught and embracing.

“We felt this calm and silence coming over them,” said Matthew Gordon, Spy in the Wild senior producer, according to the Daily Mail. “All the noise they were making at the beginning just went completely silent and then they hugged each other.”

We were thrilled to learn that Dr. Who star David Tennant narrates the series.

Check out the trailer here and revel in some more animatronic wonder:

It has been 18 months but this Greek Hachiko refuses to...