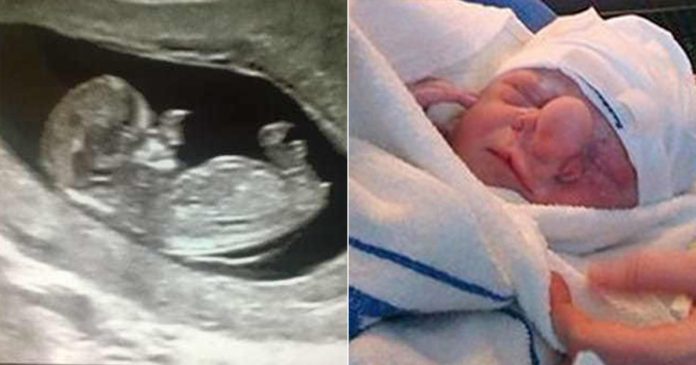 A young boy in Wales was dubbed the “Pinocchio boy” because of his long nose resembling the Disney cartoon marionette’s own nose. Many insensitive individuals threw nasty comments at his mom, so she decided to speak out.

Ollie Trezise from Maesteg was born in February 2014 with a rare condition that caused his brain to grow through a crack in his skull and into his nose, making him look like Pinocchio.

His mom, Amy Poole, knew at 20 weeks into her pregnancy that Ollie would be different when doctors told her of the soft tissue growing on his face 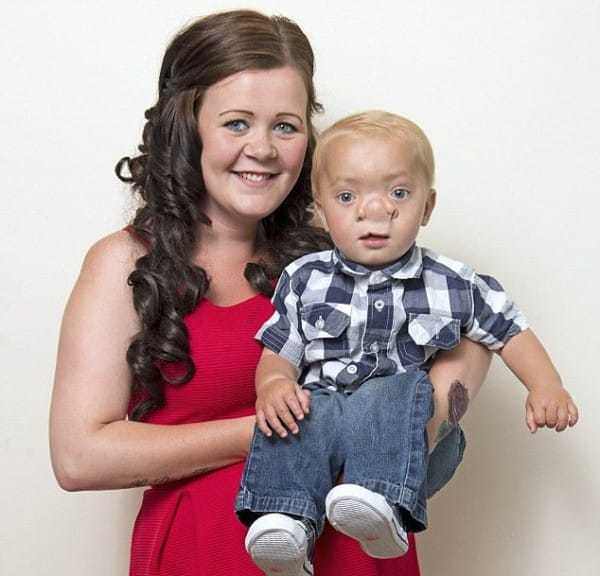 However, Poole was shocked when she gave birth and held Ollie in her arms. She told HotSpot Media, “When they gave me Ollie to hold, I was so surprised that I almost couldn’t speak. He was so tiny, but there was this enormous golf-ball sized lump on his nose.

“At first I wasn’t sure how I would cope. But I knew that I would love him no matter what he looked like” 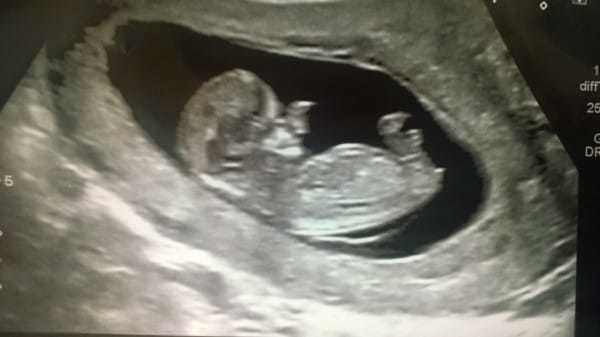 Poole began hearing nasty and hurtful comments from people when they saw Ollie’s nose. She said, “It’s absolutely heart-breaking. Once, a woman told me I should never have given birth to him. I nearly burst into tears. To me, Ollie is perfect. 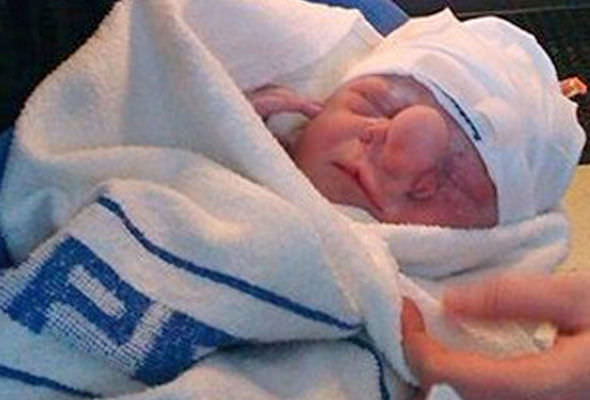 An MRI scan confirmed that the lump was a rare defect called encephalocele. As Ollie grew, so did his nose, and Poole was told he needed an operation to open up his nasal passages for him to breathe.

In November 2014, Ollie had a successful operation to rebuild his nose 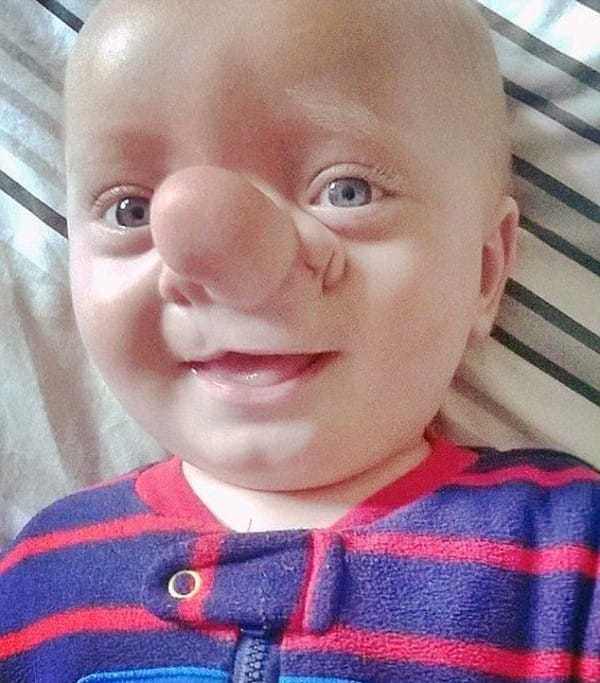 “After the operation, Ollie had a huge zig-zag scar across his head. He must have been in so much pain, but he just kept smiling and laughing,” Poole said.

“His positivity made it so much easier for me” 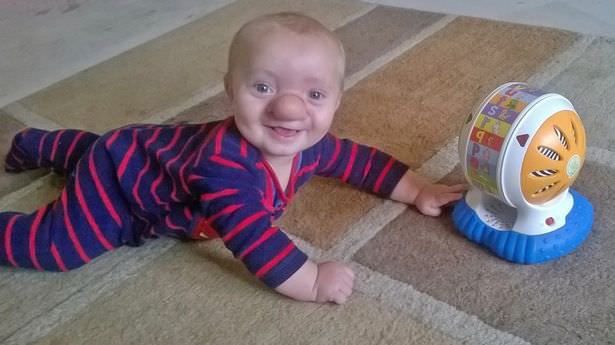 Now having recovered, Ollie loves to splash in his paddling pool and play with his older sister, Annabelle 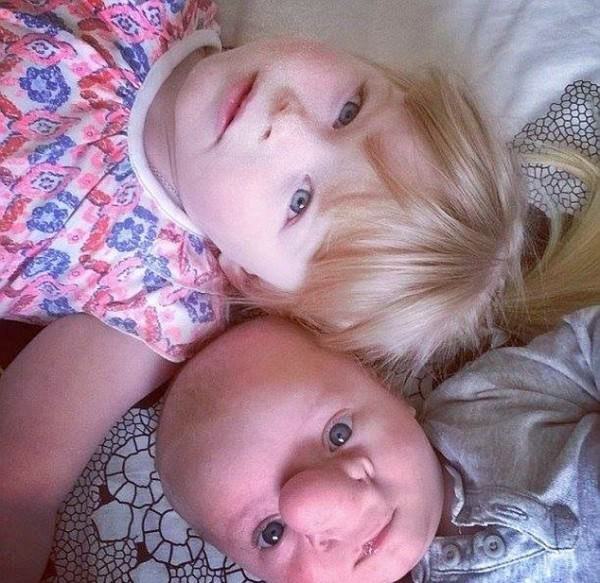 “He is such a character and always has me in fits of laughter. Plus he and Annabelle are best friends—they’re always getting up to mischief,” Poole said. “Annabelle is even jealous of Ollie’s nose as it gets him lots of attention. Sometimes I catch her grabbing it when she thinks I’m not looking.”

Having seen how Ollie was bullied, Poole is determined to raise awareness of Ollie’s condition. “I don’t want other kids to face the nasty comments that Ollie has, and I think the best way to combat this is by educating people,” she explained. “I’d much prefer if people asked me why Ollie looks the way he does, rather than just telling me is ugly or pointing and staring.”

She added, “Ollie will probably never look like all the other children and I’m terrified that he will be bullied at school. But he is such a lovely boy that it’s impossible not to adore him. I think he is absolutely perfect the way he is.

There is nothing wrong with being different 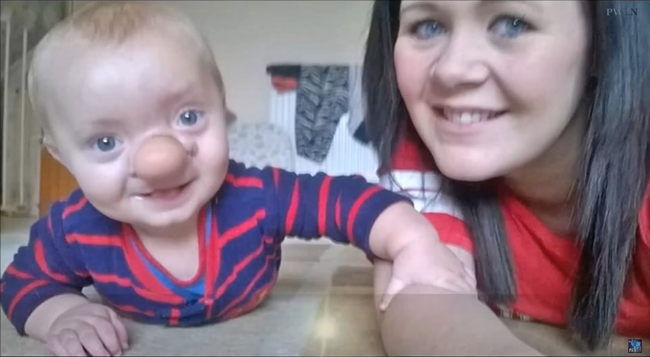 “Ollie is a unique, clever, funny little boy and he amazes me every day. He is my special little Pinocchio, and I will never stop loving him.”