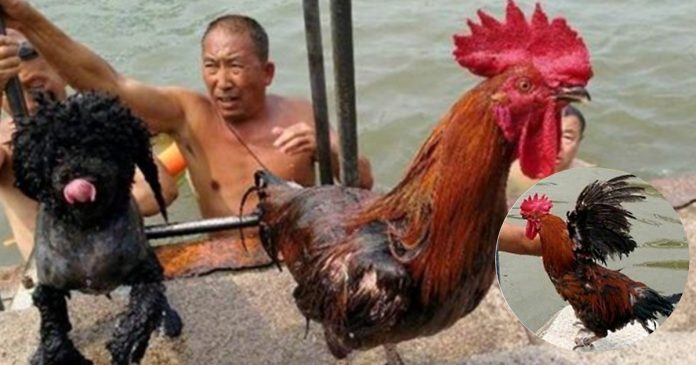 Recently at Harbin City’s Songhua river, a little rooster became a star as a video of it following its owner swimming across the river daily has gone viral on social medias. This unusual sight has attracted hundreds of tourists who wanted to witness for themselves the rooster’s swimming ability.

According to a China’s newspaper report on June 26 around 1 pm, an old man who was wearing a pair of shorts was seen holding a puppy in one hand and a rooster in the other hand.

Scroll down for video.

He came to Harbin City, 12th Street, Songhua River for a swim.

When he put his dog down on the river bank, the little rooster broke free from the old man’s grasp and spread out its wings to get ready to jump into the river 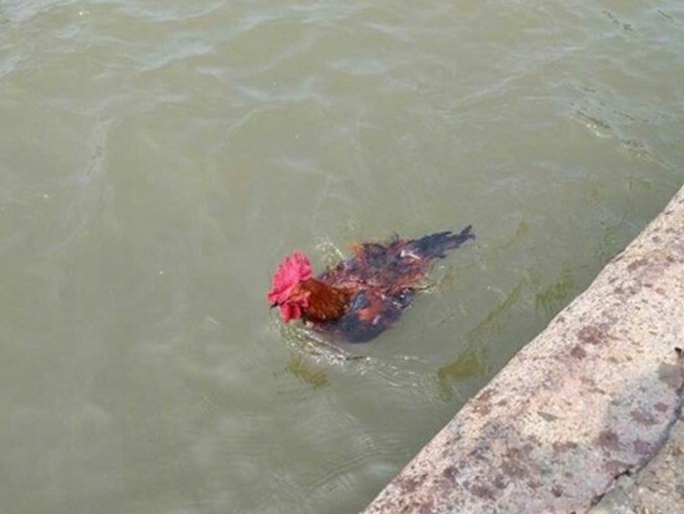 The old man quickly caught the eager little rooster and set it onto a makeshift float made of foam.

Then, the old man pushed the float with a hand and at the same time, called his dog to swim to the middle of the river 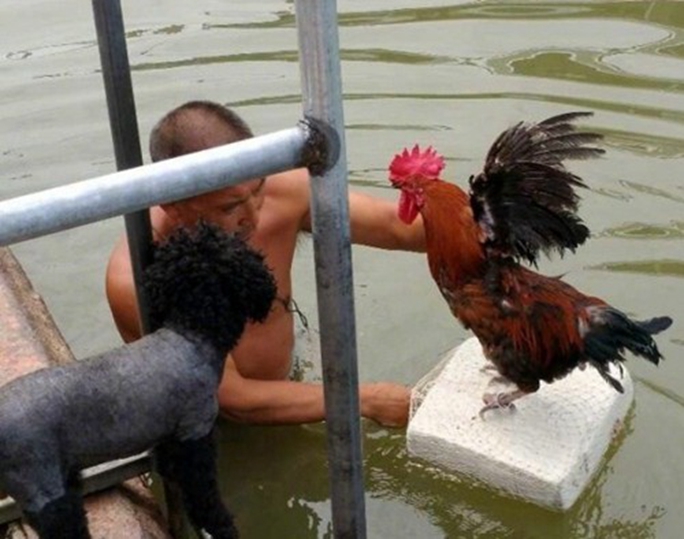 Every day, hundreds of people gather at the river bank to witness this sight.

An old man who goes by the surname Liu said, “I have lived for 80 years and I’ve never heard that roosters can swim so I came over to see this sight” 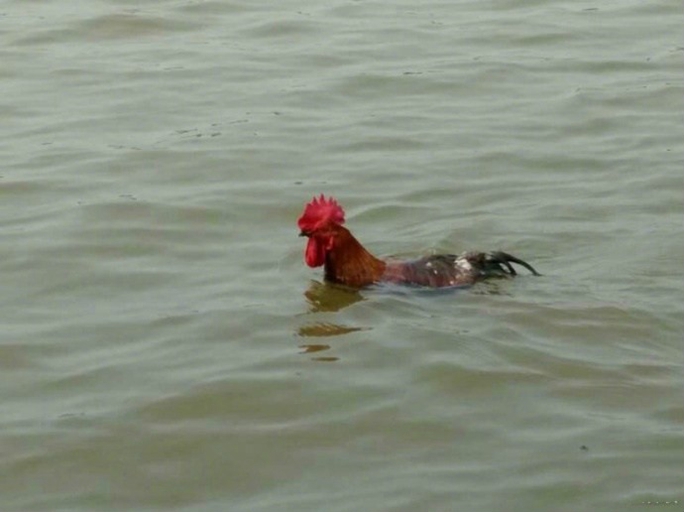 They were already in the middle of the river which was around 30 meters away from the closest river bank. 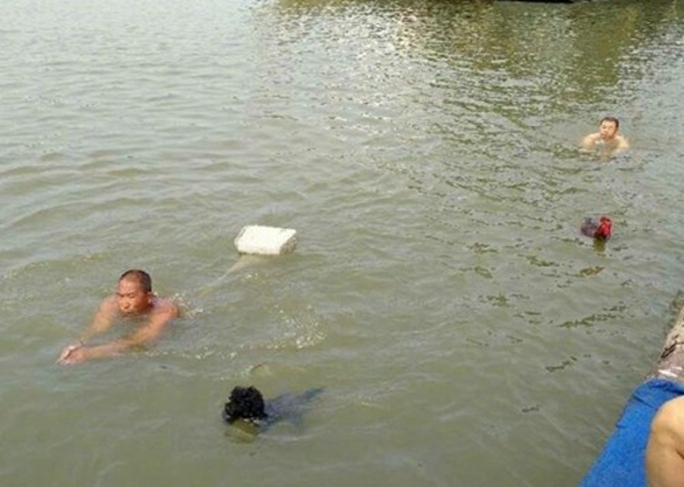 The old man saw it and shouted, “Golden Bo, come back!” After calling for it for a few times, the little rooster went on its way, ignoring him.

The old man then ordered his dog to swim out and fetch Golden Bo.

Upon seeing the dog coming towards him, Golden Bo followed the dog’s lead and finally reached the old man 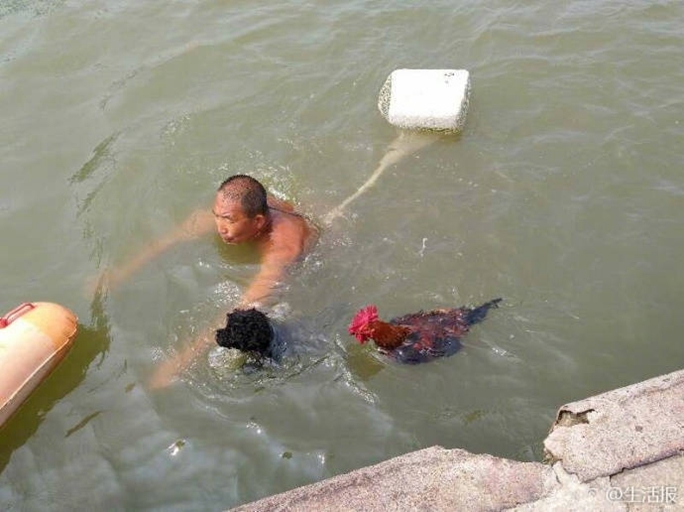 Golden Bo became an instant star as soon as it got out of the water and climbed onto the river bank. Everyone stood around it, trying to get a picture or a short video of the rooster.

Surprisingly, little Golden Bo liked the attention given by its fans and stood there leisurely while they took its pictures and short videos 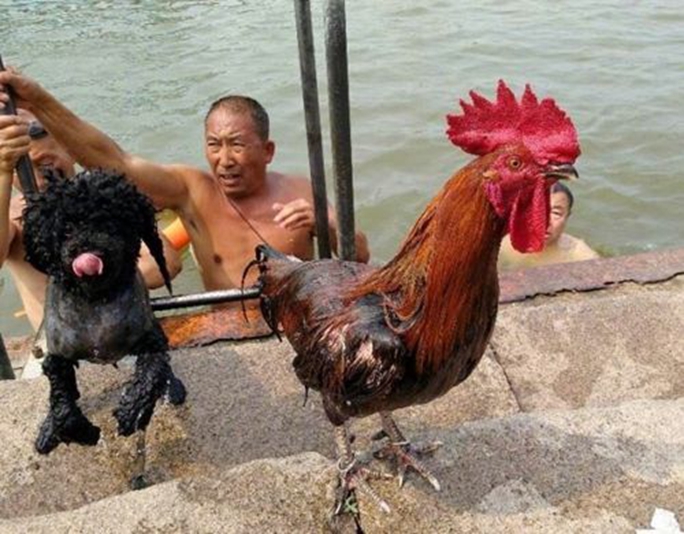 According to sources, the old man’s name is Yu Demin, who turns 62 this year and likes to swim. In October 2016, when he came for a swim at the river, he saw this dying little rooster with its stomach slit open and had its intestine hanging out.

Yu Demin said, “When Golden Bo came to my house, it never left my side and Golden Bo quickly became friends with my pet dog.”

Finally, it decided to jump into the river. At first, it struggled to float in the water as it fluttered. After fluttering for a while, it calmed down and found a way to float. A few days later, after much trial and error, Golden Bo finally learnt to swim! Now, the trio swim across Songhua river as their daily routine.

Watch the video here and see for yourself the rooster who loves to swim with its owner and its dog friend.