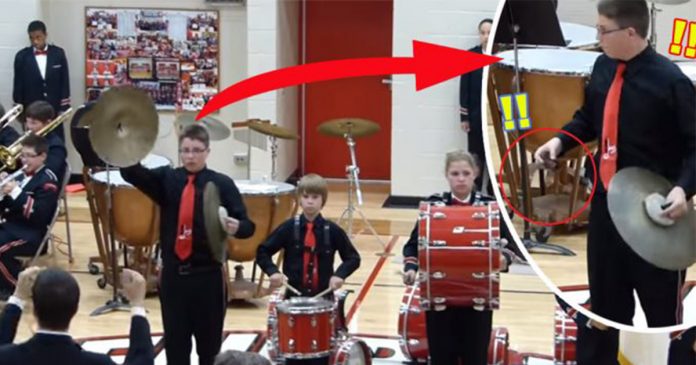 Live performance can be so nerve-wracking especially when the whole school is your audience. But a boy in a junior high school handled the pressure well, even after he accidentally dropped his instrument during the performance.

A video of the boy dropping his cymbal by accident when he was performing the US national anthem song, Star-Spangled Banner has gone viral on social medias with over 9,953, 805 views so far. 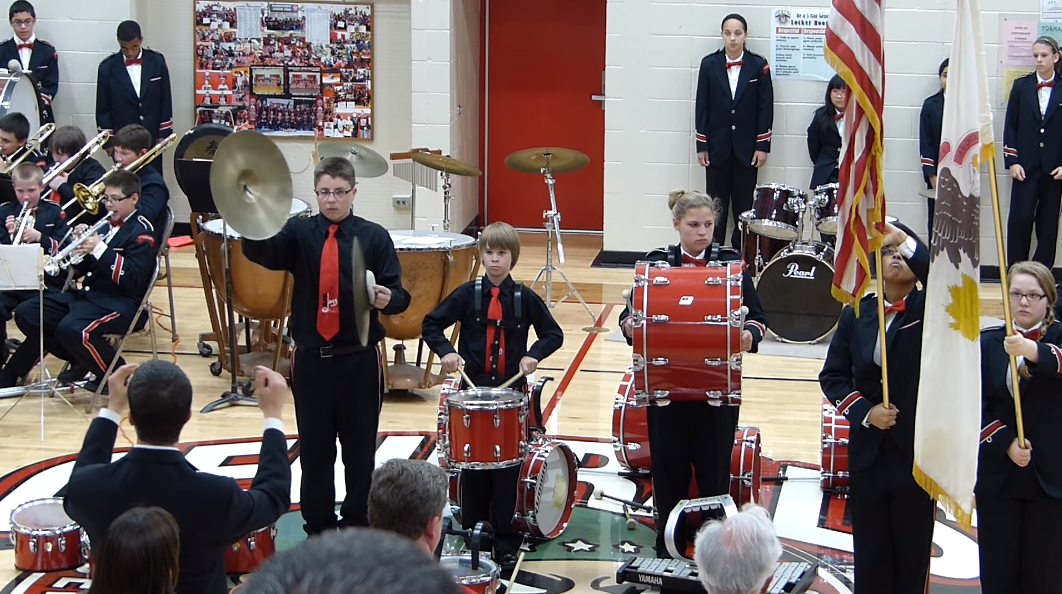 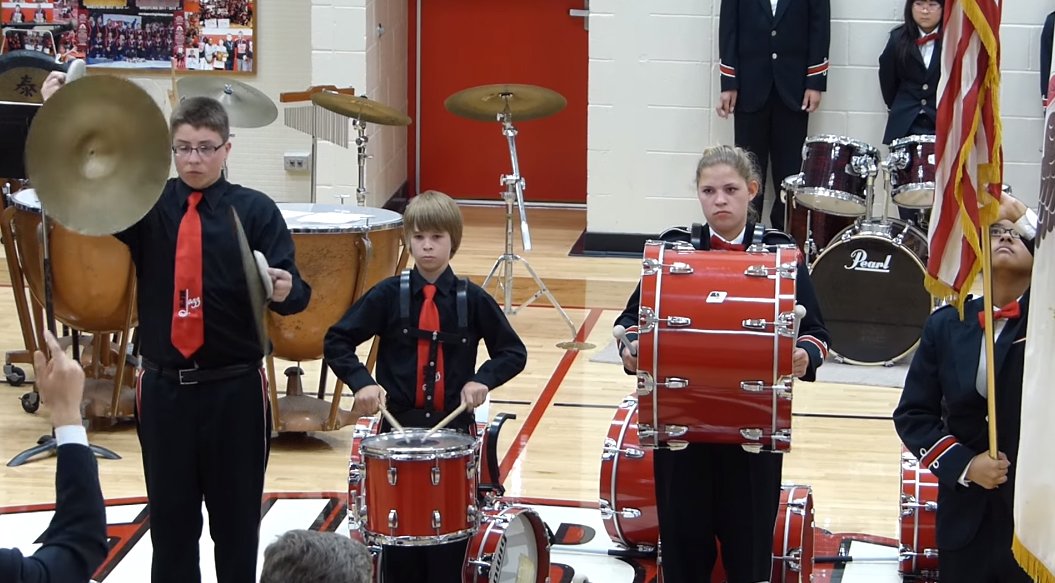 Suddenly, the unexpected catastrophe occurred! His right hand got slippery and the cymbal slipped out of his grasp and fell on the floor 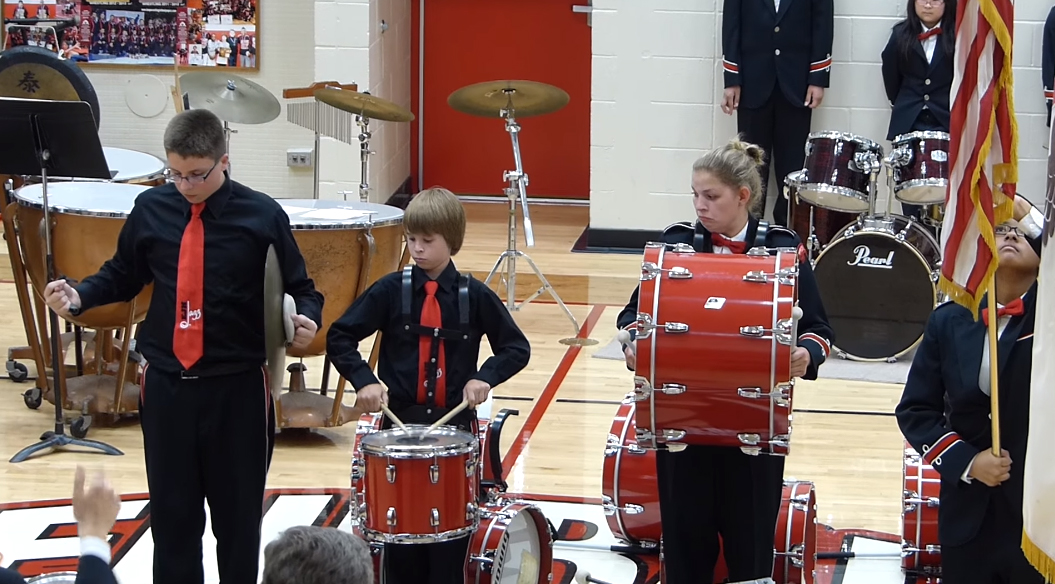 However, the boy apparently had the coolest backup plan ever: he just put the other cymbal on the floor 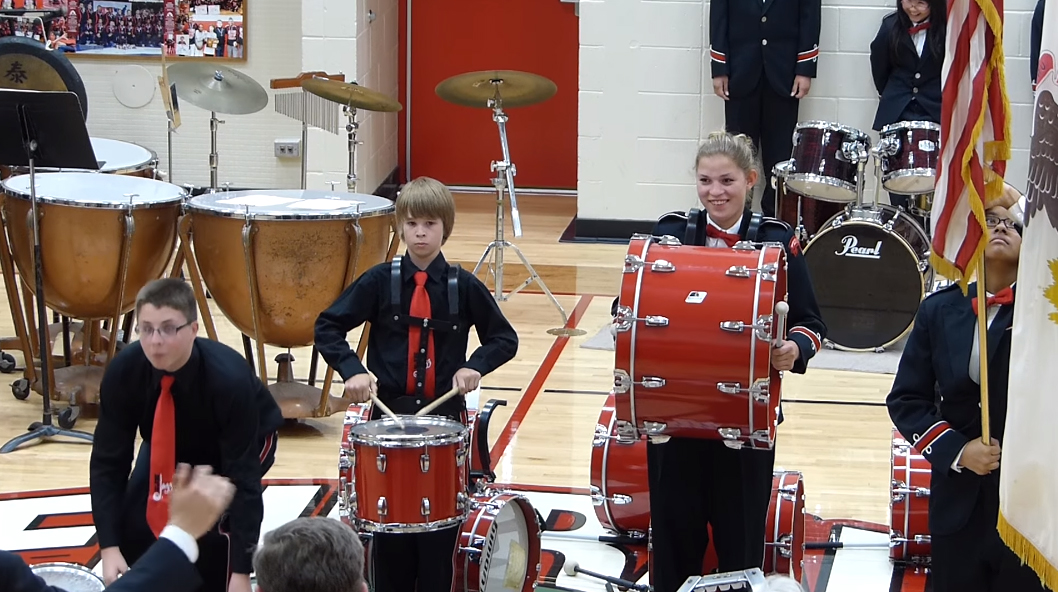 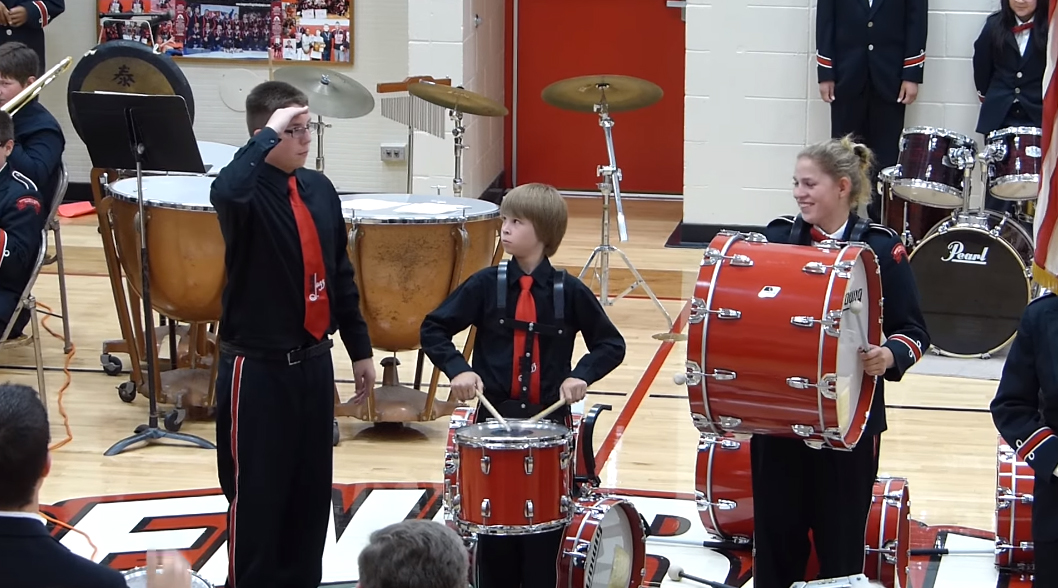 He remained stood patriotically until the performance was over.

His band mates obviously couldn’t keep a straight face as they cracked into a smile upon seeing the boy’s action. Netizens praised the boy’s action as ‘remarkable’ and ‘sincere’.

One netizen admitted that the boy was amazing to be able to stay composed and calm after he dropped the cymbal, “I know if I were in that situation, I would have just walked to the other side and stood there in shame.”

Others said they admired and understood his action. “Remarkable recovery. What a sweetheart. He’s never going to live this down.”

One thing for sure, the boy will always remember to grip his cymbals stronger after this.