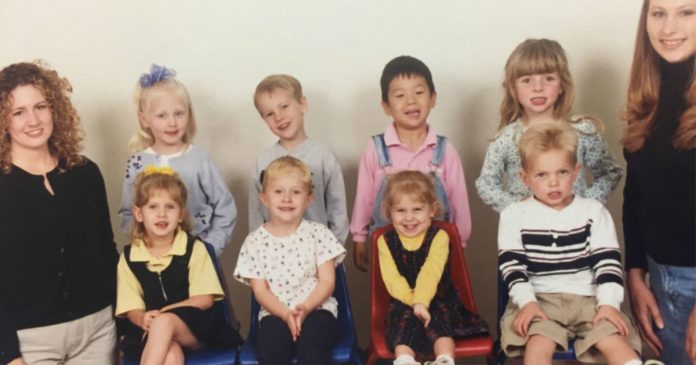 When it comes to love, do you believe in fate? It seems like fate plays a big part in this couple’s relationship and they only realise it 16 years later.

Newly married couple, Evan Ayers and Brytin Waterlyn have been married to each other for eight months. One day, Evan was searching for a rice cooker when he stumbled upon an old photo.

However, as Evan scanned through the photo, he saw a rather familiar face sitting next to young Brytin and burst into laughter.

The little blonde boy with an awkward smile sitting next to her was in fact him!

Both of them lived and grew up in different cities but fate brought them into the same preschool. Evan and Brytin were three years old when they took this picture

“This is today approximately 16 years later”

Who would have known that Brytin had already met her soulmate when she was three years old! We hope their love stays forever.