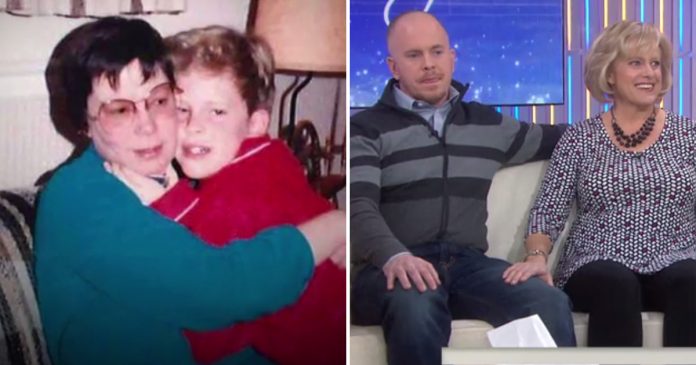 There is an inner-drive in all of us to know where we came from. For many, learning about your own history is as easy as asking an older member of your family. But for others, it’s more of a challenge.

For those that were raised by adoptive parents, finding out about your birth family can be difficult. Patrick Giblin didn’t feel the urge to learn to know his birth parents until he was in his 30s and had a son of his own.

His sudden interest was fueled by “curiosity and a desire to better understand my biological background,” he told the Today Show in a letter.

At 37 years old, Patrick Giblin set out to track down his real parents.

To begin his search, Giblin called the adoption agency and learned that his biological mother had left her contact information on file.

He now had her name, Stephanie. So what do you do next when you’re trying to find someone? Search on Facebook. It didn’t take long for him to track down his birth mother on Facebook, 20 minutes in fact, and he knew it was her because of the undeniable resemblance. 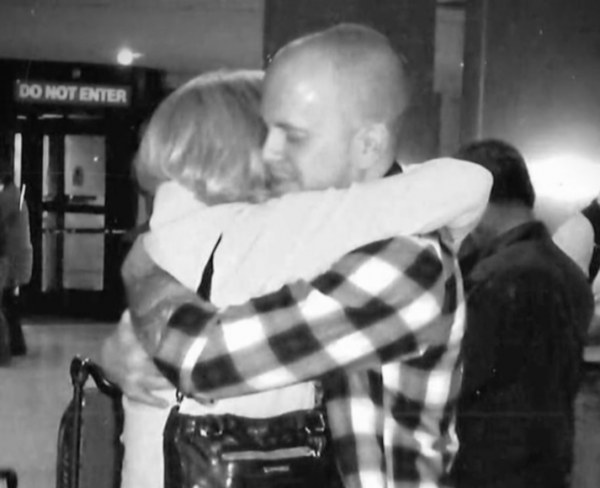 His mom had never wanted to give him up for adoption but was forced to do so by her parents. When the time came for them to be parted, a nurse let her cuddle her baby son in a closet at the hospital for several minutes just before they took him away.

“One day, I will see you again,” she recalled whispering to her newborn baby boy.

When Giblin asked about his birth father, she said she hadn’t seen him in many years. After the birth, her parents forced her to cut ties with him and the two immediately lost contact.

His mom had not seen or spoken to his dad in nearly four decades, but inspired by the recent turn of events, she found his contact information and made a call

Giblin’s father, Todd, was just as excited to be reunited with his son and teenage sweetheart. And after nearly 40 years of separation, mother, father, and son were all in the same room again.

But it didn’t stop there.

Both Todd and Stephanie became single again not long after meeting their son—Stephanie’s husband passed away and Todd was in the process of separating from his wife. When they met, the chemistry between them was still alive and well. And with the fire still burning, they rekindled a decades-old romance.

Surreal as it was for everyone involved, they didn’t waste time in making it official.

His birth mom and dad were married a short time later 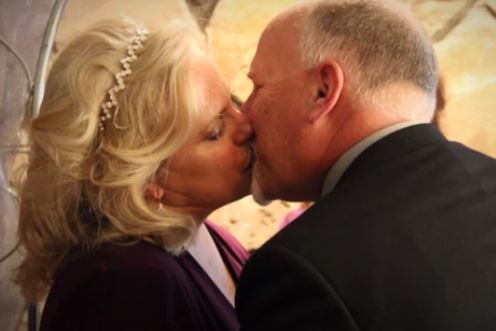 Giblin, nearly 40 years old at this point, got to attend their wedding.

It was an unconventional approach to the nuclear family, but they were finally all together.

Before long, they took a flight to meet their son’s adoptive father 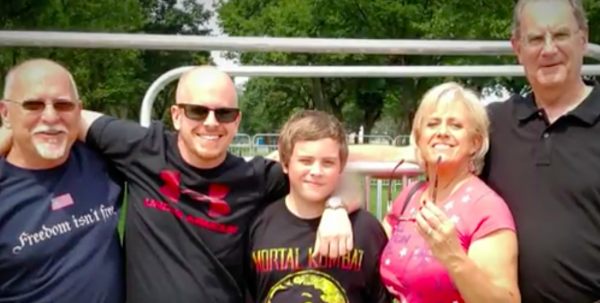 Todd and Stephanie continue to stay in touch with their son Patrick. They are an active part of his life, and in his son’s life. Despite the fact that they missed out on guiding him through his formative years, they’ve found their way back to each other and are making up for lost time.

“Sometimes life comes full circle and gives you back more in return than you ever missed the first time around,” Giblin told Today.