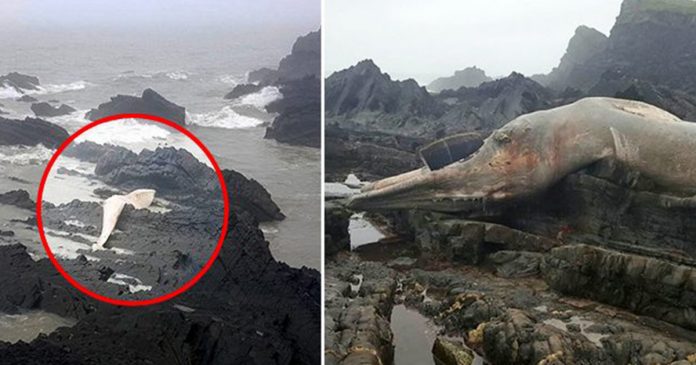 This massive carcass, measuring 10 meters (approx. 33 ft) long, comparable to that of a double-decker bus, was found stranded on the North Devon Heritage Coast in England. What on earth was this enormous creature exactly?

On Mar. 8, residents spotted this huge decomposed carcass sprawled along the jagged rocks, at around 4 p.m.

“We have reported it to the government on their specialist whale and dolphin hotline,” Sarah Stafford, manager of Hartland Quay Hotel and Pub, told Devon Live 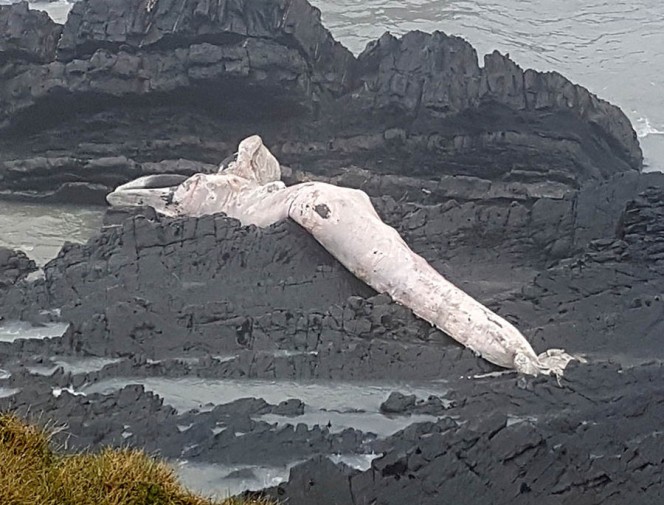 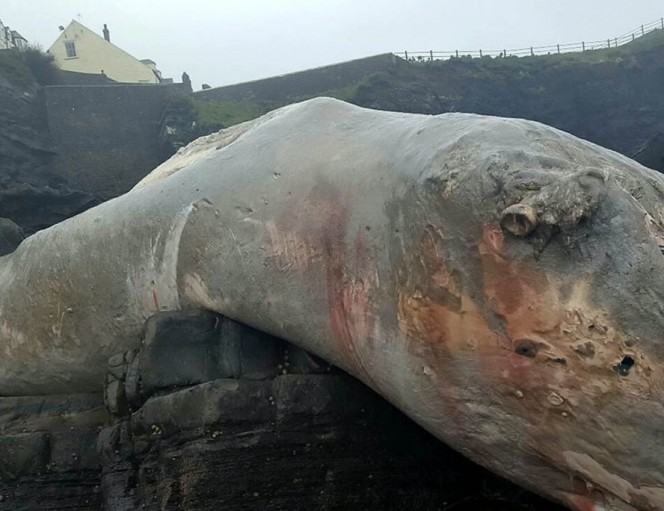 Fin whales can grow up to nearly 27 meters (approx. 88 ft) long, and weigh up to 130 tonnes, according to an online report.

The skin of this fin whale had decomposed, and the whale’s severely decayed state suggested it had been dead for quite some time 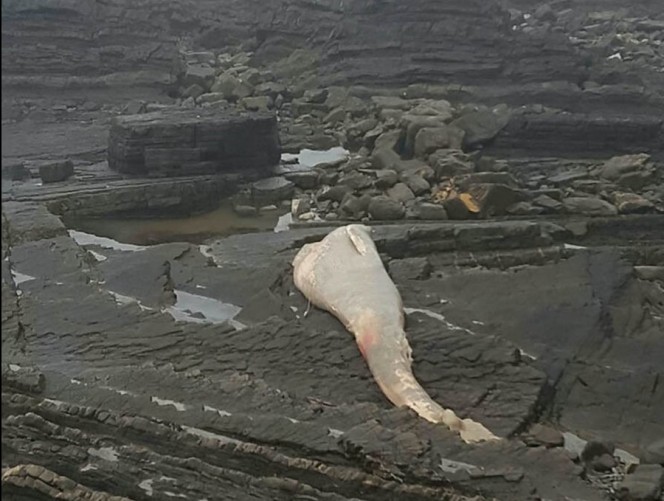 “Very sad to see it flopped over and lodged amongst the rocks and blood in the rock pools,” Cheryl Fan Duerden of British Divers Marine Life Rescue (BDMLR) told BBC News 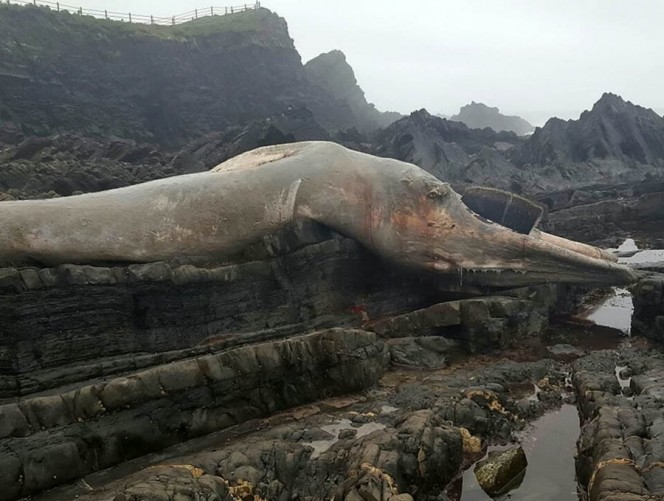 Stephen Marsh of BDMLR said they aren’t certain where this fin whale, an endangered species, came from.

“We don’t know where it came from; it could have washed up anywhere. The majority of these animals die at sea and we never see them,” said Marsh 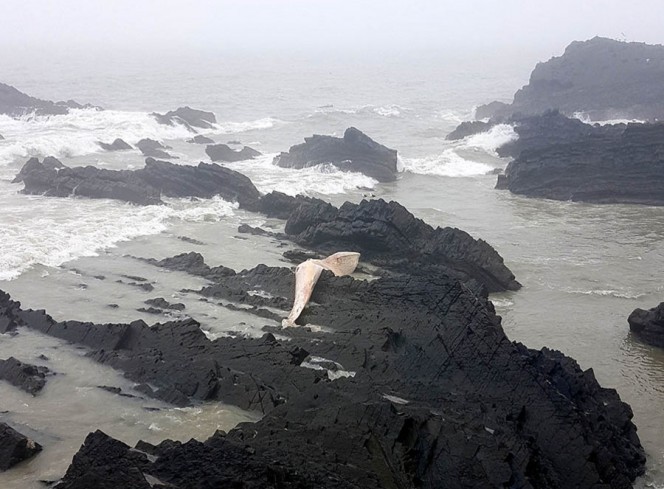 “Its death could have been caused by old age or disease, but whales and dolphins face many man-made threats too, such as collision with vessels, entanglement in fishing nets, pollution etc,” a spokesman from Whale and Dolphin Conservation UK told the Metro 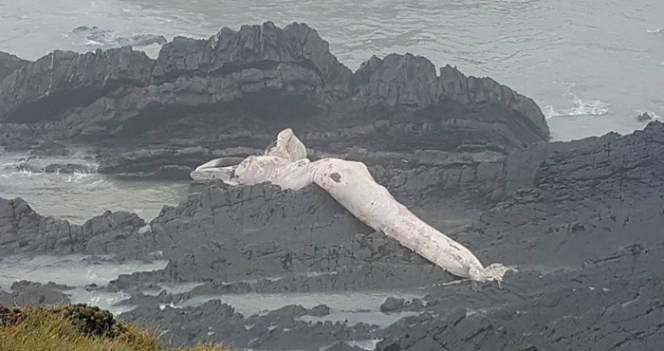 Authorities have warned people to keep away from the carcass to avoid catching diseases through biohazards.

Gases generated by a whale’s decomposing body can sometimes cause it to explode, causing a hazard to the people nearby 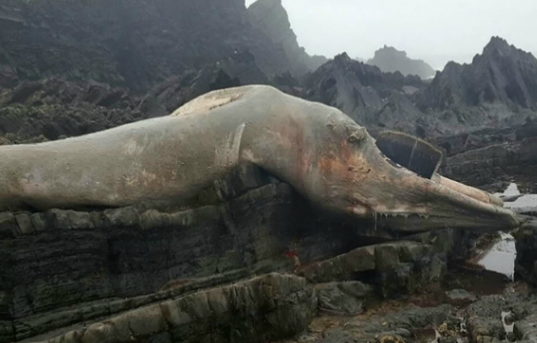 “Whales can carry lots of diseases which can be passed on to humans so we would advise members of the public not to get too close,” Cheryl Fan Duerden said 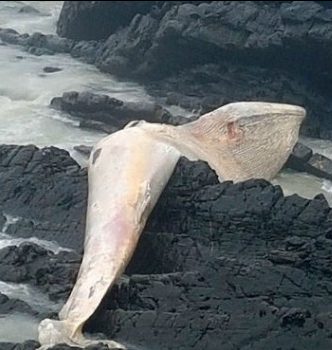 It was said to be a costly and major operation to move the massive carcass.

However, the dead mammal was removed smoothly by contractors without any damage to the beach on Mar. 17, Torridge District Council told The Post

Hero Golden Retriever brings an ambulance to his collapsed owner to...