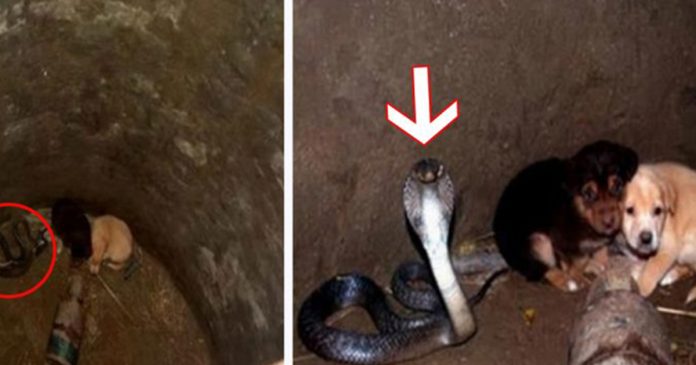 Animals are unpredictable creatures, where they can be loving for a moment and act viciously at the same time. With that said, they never cease to astound us with their response and amazing stories.

There is one particular story which occurred in the Indian state of Punjab, where it dumbfounded a man who saw the act. One day a man spotted a dog barking fiercely at a well and he knew that something was abnormal. He took a closer look and was freaked out by what her had witnessed.

Two shivering puppies were spotted inside of the well

Two adorable puppies of the dog which was barking had fallen into the pit of the largest venomous snake in the world, the King Cobra!

Now, the strangest part was the snake was not harming the two puppies. Rather guarding them by herding both puppies to a safe corner of the pit. Surprised?

It is amazing that the snake not only kept them in a safe spot but also protecting them from harm.

The snake did not attack the shivering puppies and instead, was found to be protecting them by herding to a safe corner of the pit 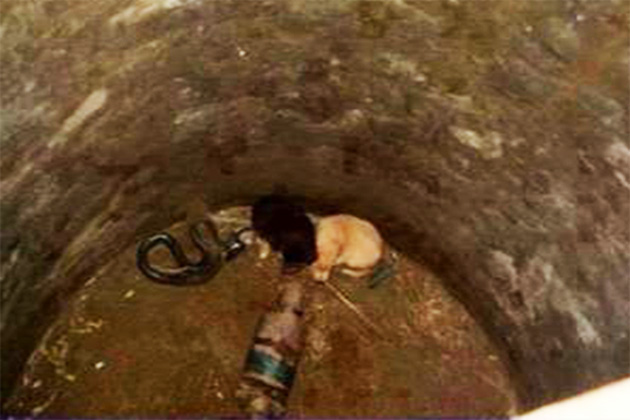 In the end, the puppies spent a total of 48 hours in the pit. When help finally arrived from the authorities, the cobra crawled to the other side of the well out of the way. The puppies were not injured at all, whilst the snake was taken to the woods and released.

That is why they say, never judge a book by it’s cover.

Here is a video of the strange occurrence.

The protective dog prevented its little Missy who was enjoying herself...