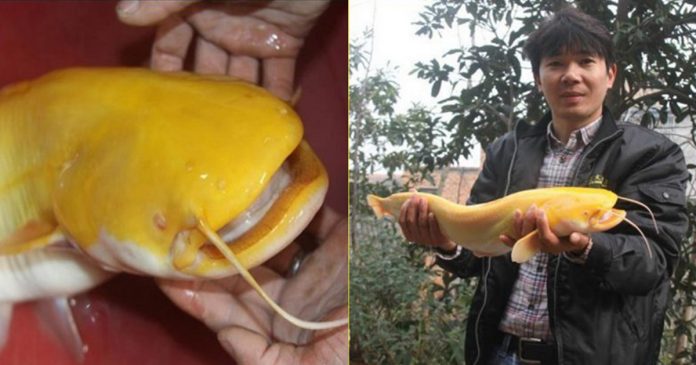 We are not kidding, a young man from Ruichang City, caught an extremely rare and beautiful golden colored catfish on the banks of Yangtze River. The catfish’s body has this warm golden color while its head is bright yellowish.

The glimmering gold catfish’s head is broad and flat with two long whiskers with a wide mouth. Weighing around 2.4 kilograms, the catfish was 40 cm long with a pure white colored belly.

An extremely rare golden catfish is displayed after being caught in Ruichang, Jiangxi province 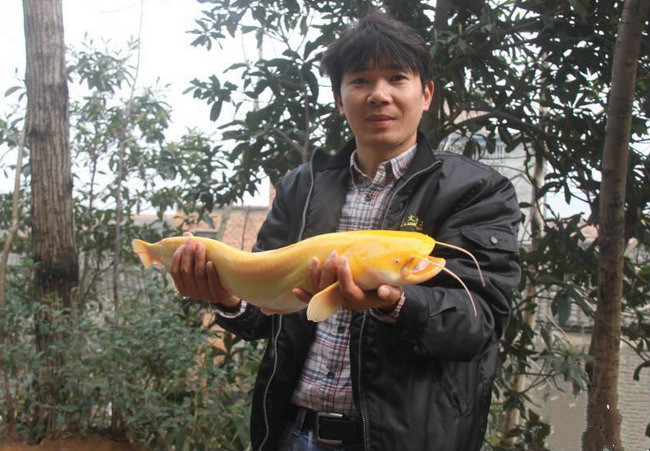 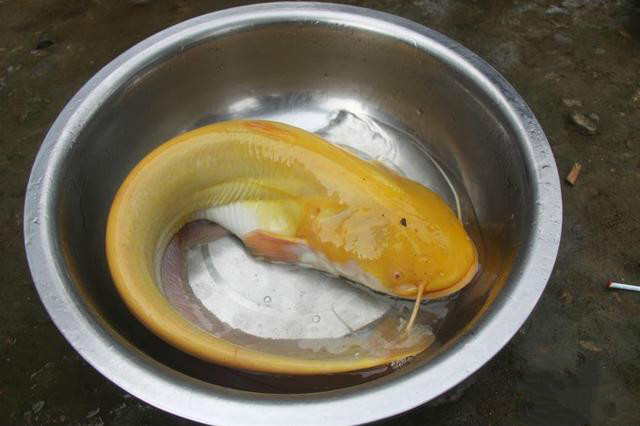 Surprisingly, there has been reports about a similar colored catfish caught previously in China. Apparently the odds of catching them are a million to one. Now that is what we called a lucky catch!

A close-up of the golden catfish 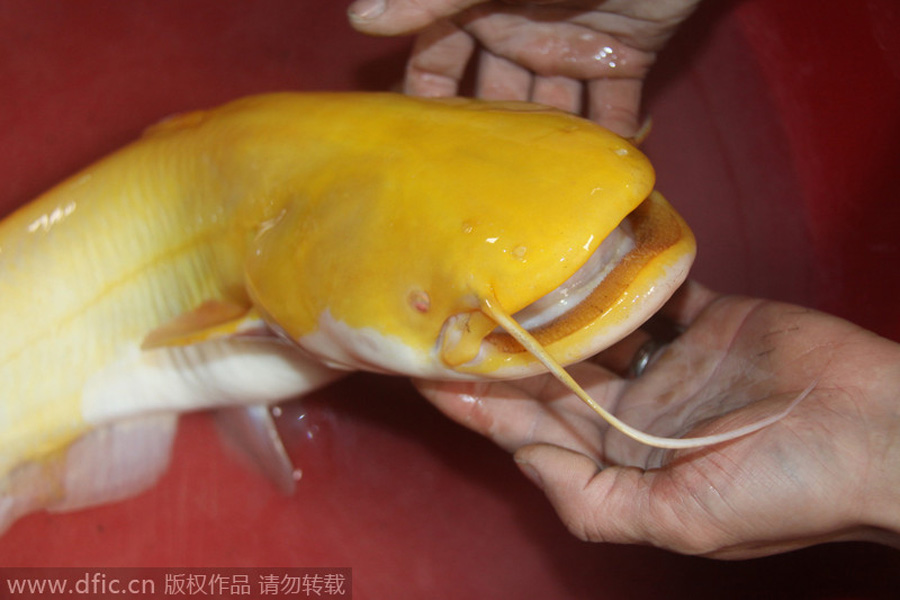 However, these rare creatures becomes an easy prey in their natural habitat, due to its attracting color which differs from the other fish. 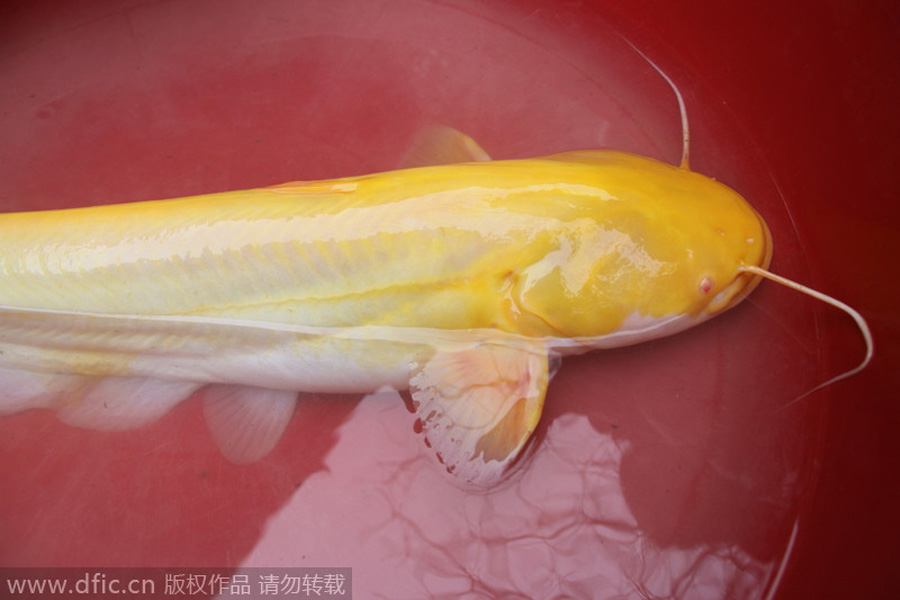 Based on a research, the color of this fish can be an outcome of mutation. Where their color pigmentation has mutated which gave them a totally different appearance.

Another golden fish was caught in Chaohu Lake China. This time it was a big headed carp in a golden color with a tint of red.

On February 14th, a fish farmer Mr Yao noticed something different in one of his fish pond. He saw something shimmering in his pond and was left curious. He then immediately grabbed his net and scooped it out to find a golden flat headed carp with a shade of red on its scale. 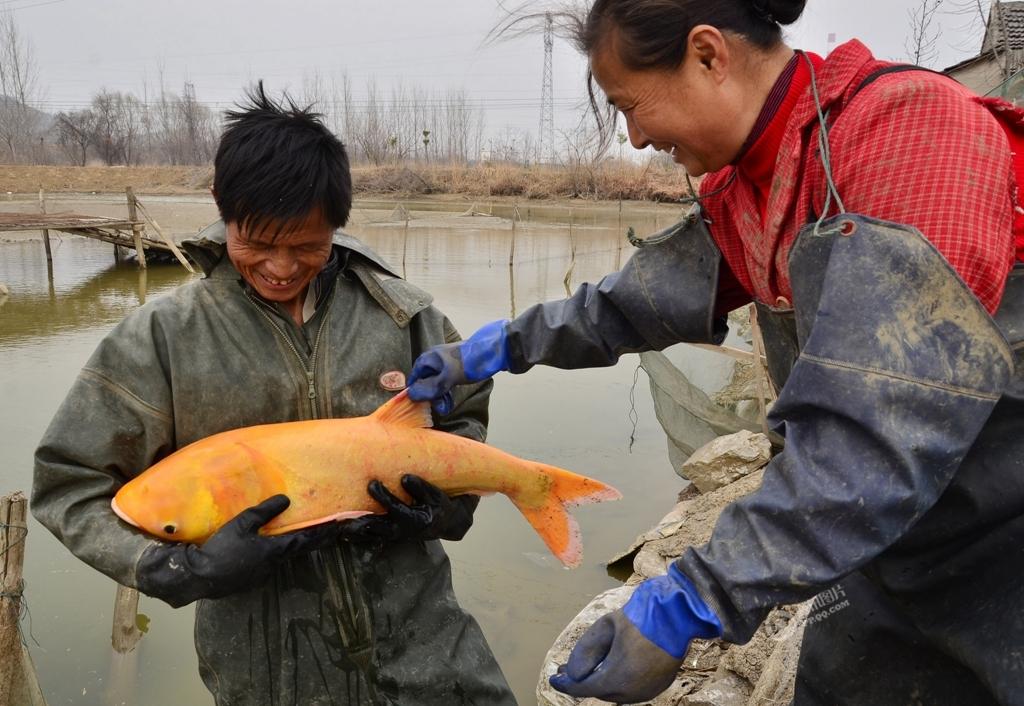 The astonishing golden carp was 85 cm in length with a height of 30 cm. Both Mr Yao and his wife were delighted with their 7.8 kilogram golden carp.

It must worth a fortune! 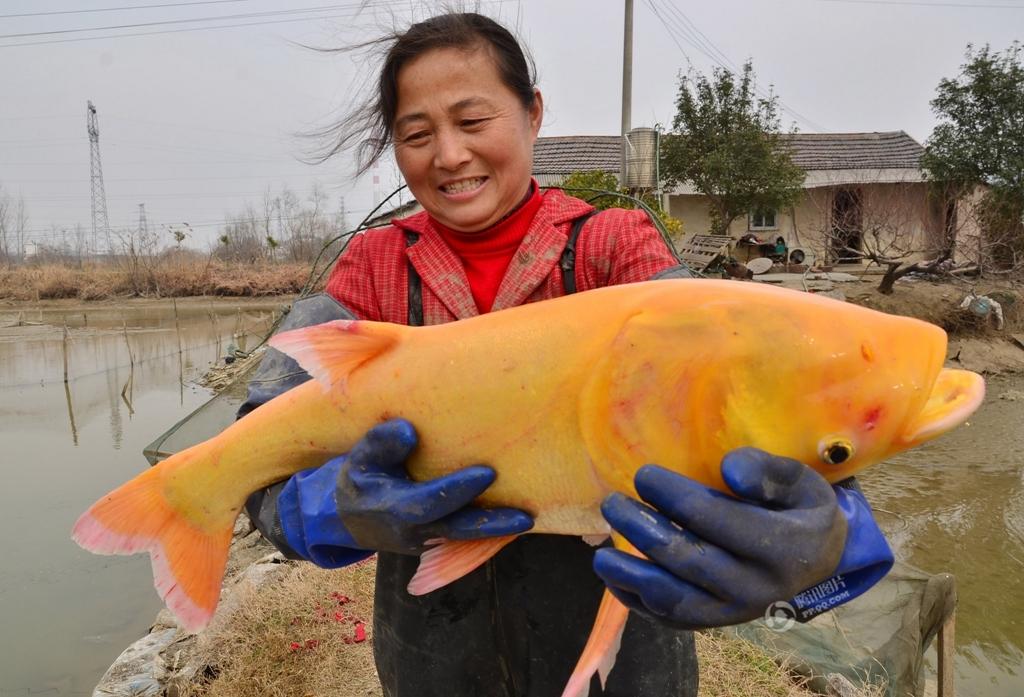 The pictures caught on fire in social media, it became a debate among citizens as they commented :

Some netizens also commented: “The river is so polluted, it might have mutated the fish’s skin.”

Funny! 17 family portraits which are ruined by uncontrollable babies