Sports can bring out the passion in even the most reserved of people, as the heartwarming video below shows.

Brian knew how much his parents did for him and his brother Jason when they were younger.

“They weren’t able to give us a lot of ‘things’ but they would drop anything on a dime to be there for us,” he said in a Facebook post.

Brian wanted to thank his father for everything he had done, so he and his brother got him a special gift relating to his biggest passion in life: football 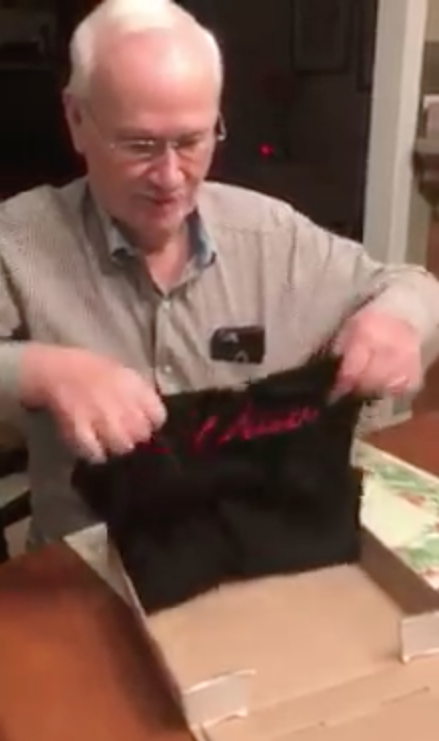 Brian and Jason knew how much their father loved the college football team the Georgia Bulldogs, so they wanted to go all out for his 71st birthday.

“The Georgia Bulldogs are a second religion in my house,” Brian wrote in the post on the Love What Matter’s Facebook page.

So the birthday gift started out with him receiving a shirt that said, “Gator Hater,” since the Bulldogs’ rival is the Florida Gators, along with “Go Dawgs” on the back. This was a custom shirt the sons got that was specifically made for the father.

At this point, it seemed like their father would’ve been more than satisfied with just the shirt for his gift 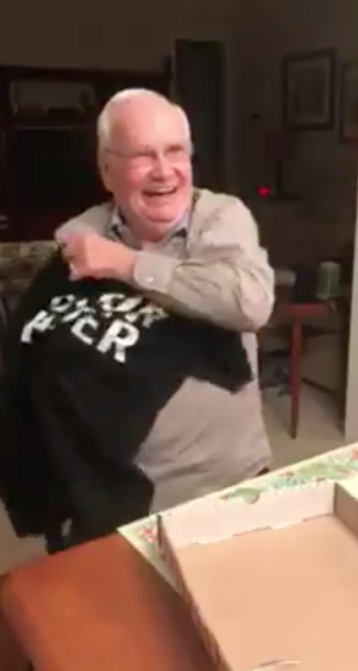 “I want to put it on right now!” he told his family. He was elated that he got a shirt that not only showed his pride for his favorite team, but also took a shot at his least favorite team.

It turns out that on the weekend, which was the father’s actual birthday, there was going to be a game between the Bulldogs and the Gators.

When Jason told their father he could wear his new shirt to the game on Saturday, their father agreed, thinking he meant that they would watch it at their house, like they had done in the past.

That’s when his sons told him that he wouldn’t be watching the game at home, he would be watching it in Jacksonville, Florida, at the Ben Hill Griffin Stadium! 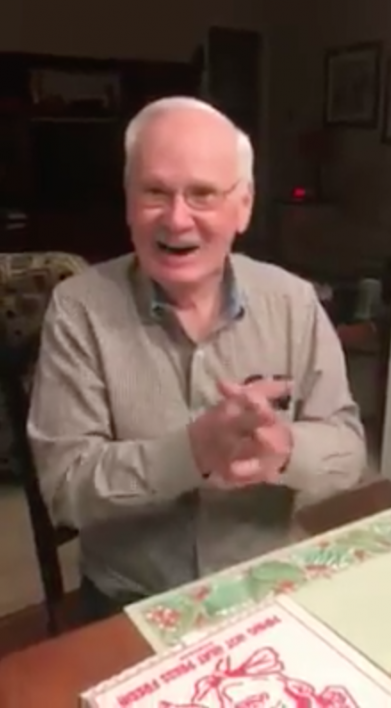 He would be able to see his favorite team, the Bulldogs against their long-time rivals, the Gators, live in person!

And their father couldn’t believe it!

“I’m going to the game? Really?” their father must’ve said about four or five times; he couldn’t contain his excitement.

“The pure love I have for my dad inspired this gift,” Brian said in the post. “He is my number one, always.”

All his father did was show him unconditional love his whole life, so it’s heartwarming to see Brian return the favor in this way.

Jason and Brian just wanted to show how much they appreciated their father, and it looks like it was the best gift they could’ve possibly given him.

Watch the beautiful video below: