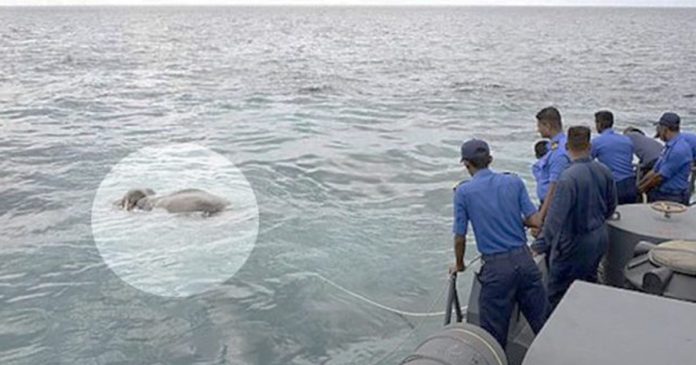 The Sri Lankan Navy was patrolling the coast when they spotted something large submerged in the water. Once they realized what it was, they didn’t think twice before going into rescue mode.

In July, a Sri Lankan Navy boat was on routine patrol off the northeastern coastal town of Kokkilai when they spotted something trying to stay afloat. 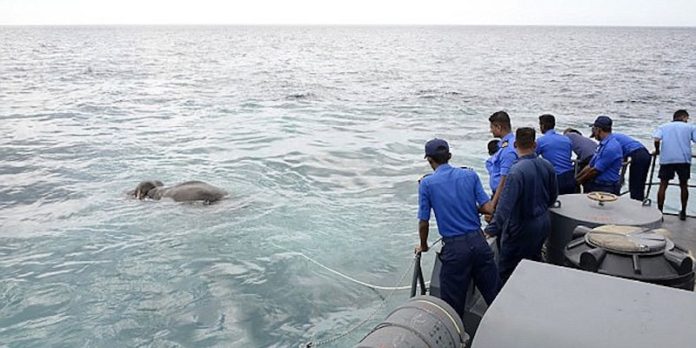 The waves were trying to submerge the animal, forcing it to use its trunk to draw in oxygen.

The navy personnel quickly called the Wildlife Department for assistance before carrying out the rescue operation.

Chaminda Walakuluge, a spokesman for the navy, told The Hindu: “While we have the skills to carry out a rescue operation at sea, we do not know how to deal with an animal. That is why we took the professional advice of wildlife experts all through. They insisted that we first establish a connection with the animal before attempting to rescue it” 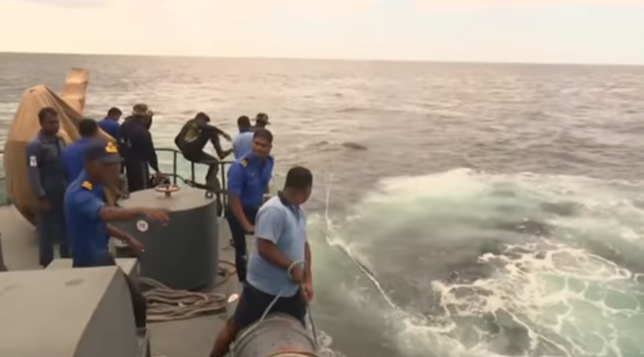 With guidance from officials of the Wildlife Department, a team of navy divers approached the distressed elephant and tied ropes to it, before towing the animal to shallow waters to have it released. The whole rescue operation took 12 hours.

“It was a miraculous escape,” Walakuluge said 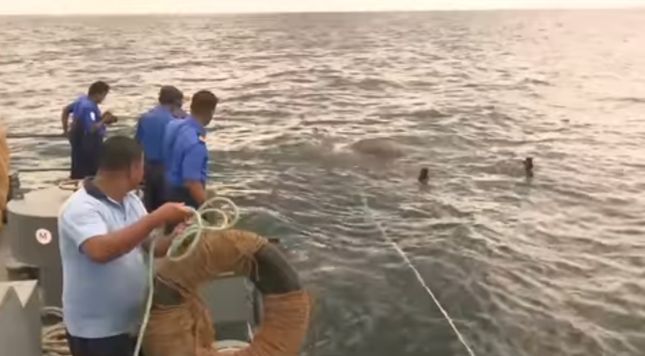 The navy said that the animal had probably been swept into the sea while trying to cross the Kokkilai lagoon, which runs between two jungles, near Mullaitivu and Trincomalee districts 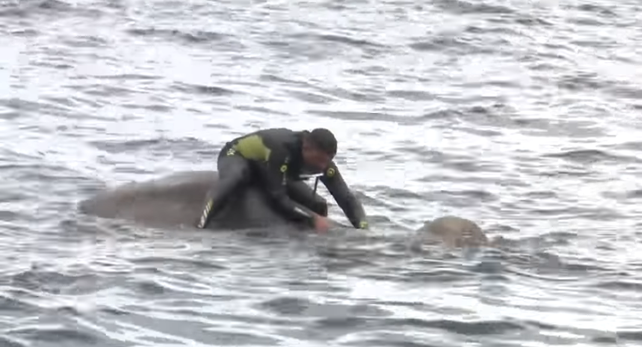 The animal was said to be a male elephant that was 35 years old and 8 feet (approx. 2.4 meters) tall. Staff from the Wildlife Department checked on the animal the next day after it was released to Yan Oya, a forest area in Trincomalee.

“Wildlife staff went and checked on the animal yesterday [Wednesday] to make sure there were no wounds. There was none,” The Hindu reported 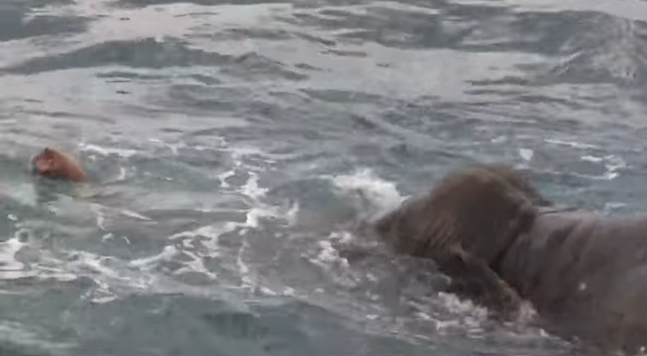 Joyce Poole, co-founder of the Elephant Voices conservation group, told The Washington Post in an email that “elephants are considered the best swimmers of any land mammal, excluding trained human swimmers.” She added that the elephant looked tired, and presumed that it had been trying to stay afloat for a long period of time.

It is believed that in Sri Lanka, there are an estimated 7,500 elephants in the wild. There have been reports, however, of increased human-animal conflict after much deforestation and development, which has led to a loss of habitat for many elephants.

An Airplane-Concept Hotel that Can Stay Afloat for Several Years Uses...

[Video] This dog has had enough of his owner’s flute-playing and...