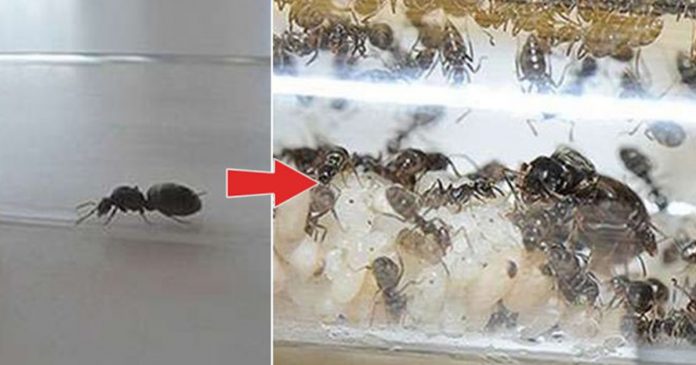 A queen ant’s sole function is to reproduce ants as many as she can throughout her life. For those who don’t know how powerful a queen ant can be when it comes to building a colony, you might want to take a look at this experiment. With enough food supply and conducive space, queen ant can actually manage to establish an ant colony all by herself! 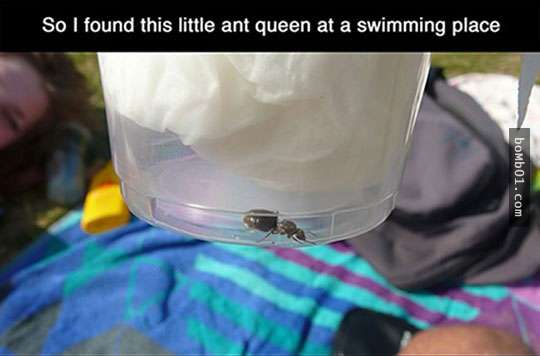 One guy is lucky to have found a queen ant near his swimming pool so he decided to do an experiment where he placed the queen ant in a flask. Look at what the queen ant did after just a few days! 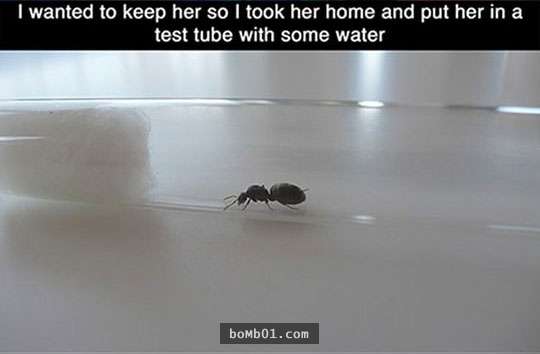 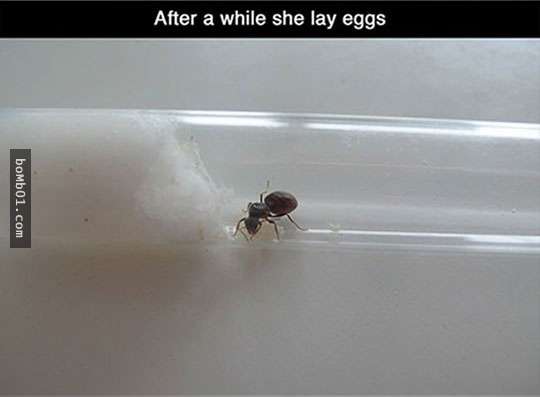 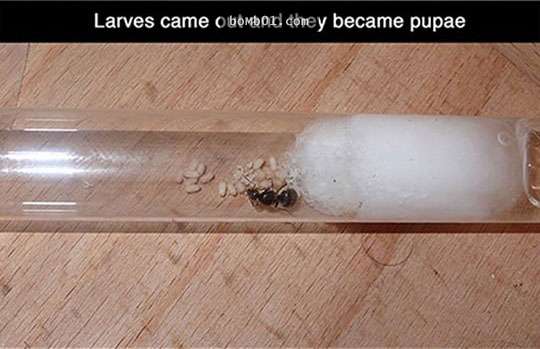 #4 Can you see those tiny ants transformed from their pupae forms? 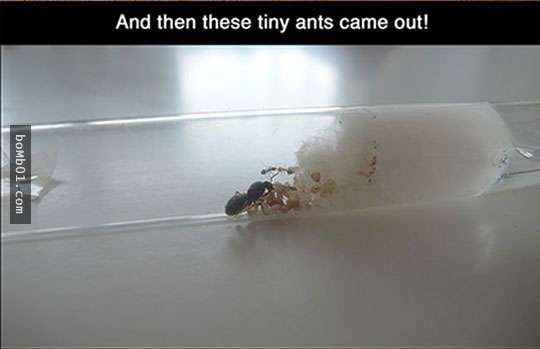 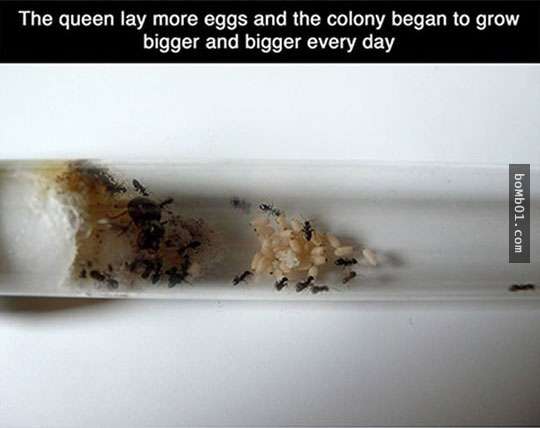 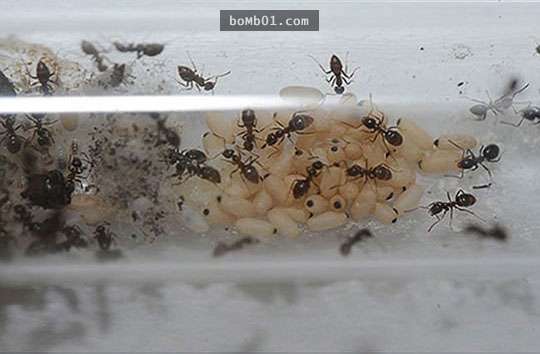 #7 The colony started to grow bigger 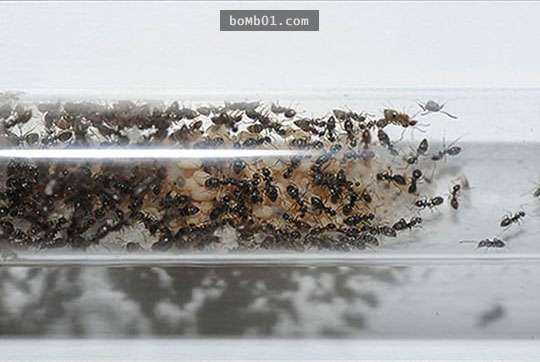 #8 Now, the flask is fully occupied with these ants 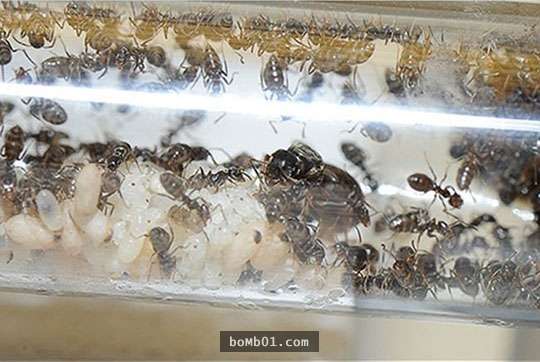 #9 As the guy realised the ants needed bigger space, he made them a nest out of foam board 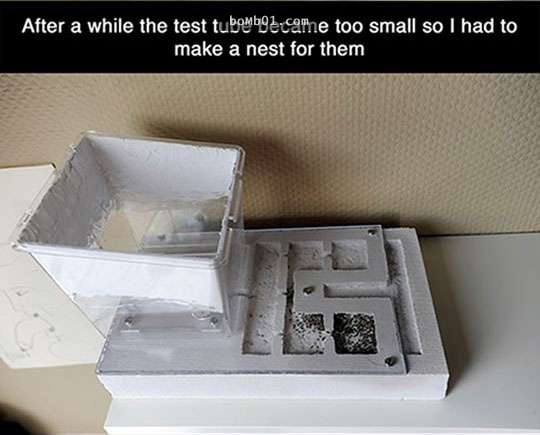 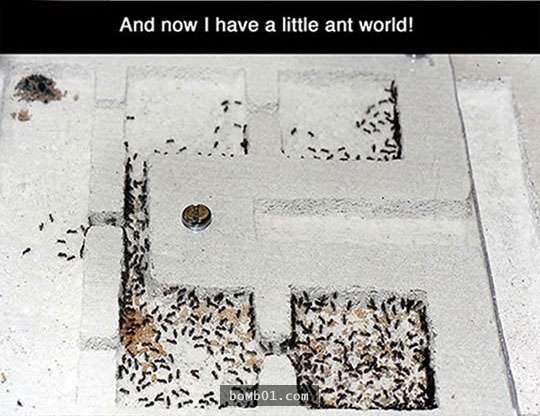 #11 The army ants seemed to know their own role and function. Every ant looked busy working in this photo 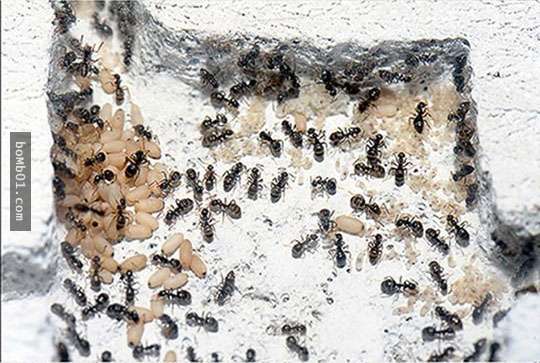 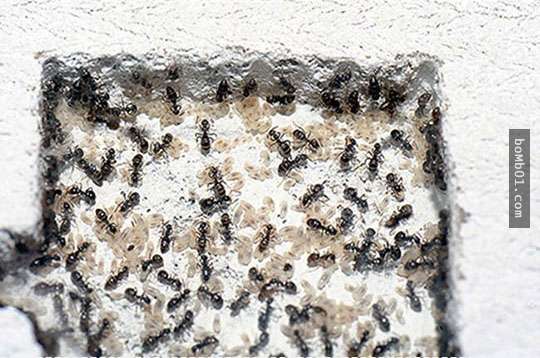 A queen ant can live up to more than 20 years and it will keep reproducing throughout her entire life in order for the colony to survive. Can you imagine how many ants can be produced in 20 years when the queen ant can build a big colony in just a few days?