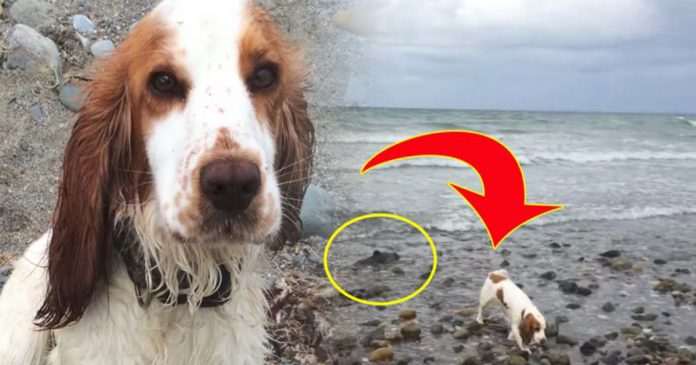 Leia, a 2-year-old hound followed its owner, Rich Wilcock, for a fishing outing. When they came to their fishing site, it suddenly displayed some strange behaviour and the reason was…. 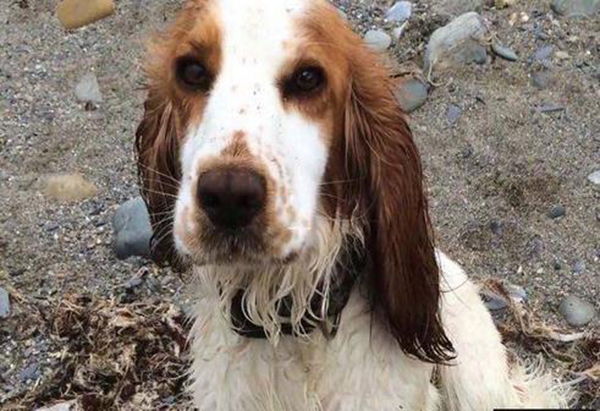 Rich told medias that, “I stood here trying to get a few good shots of the beautiful scenery and then I noticed Leia started to show some strange behaviour…”

Surprisingly, Leia discovered a baby dolphin stranded on the beach! 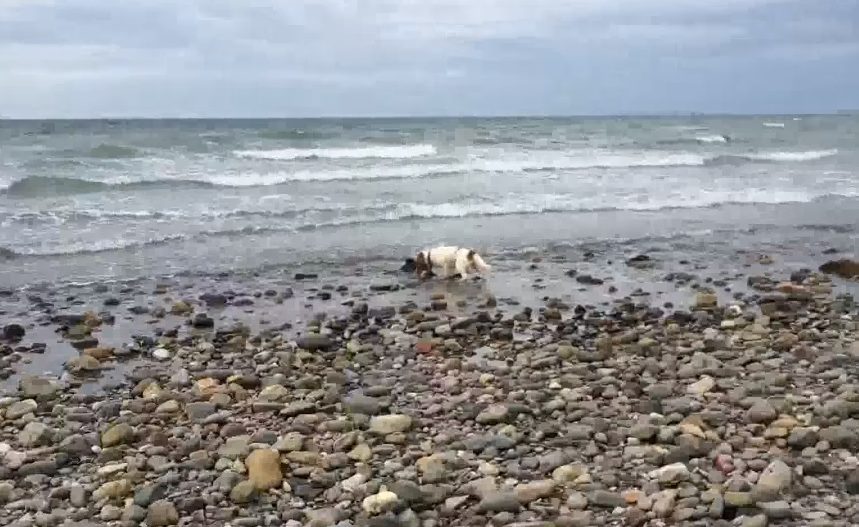 Leia did not stop barking at Rich to follow her.

She must have picked up the smell of the stranded baby dolphin! 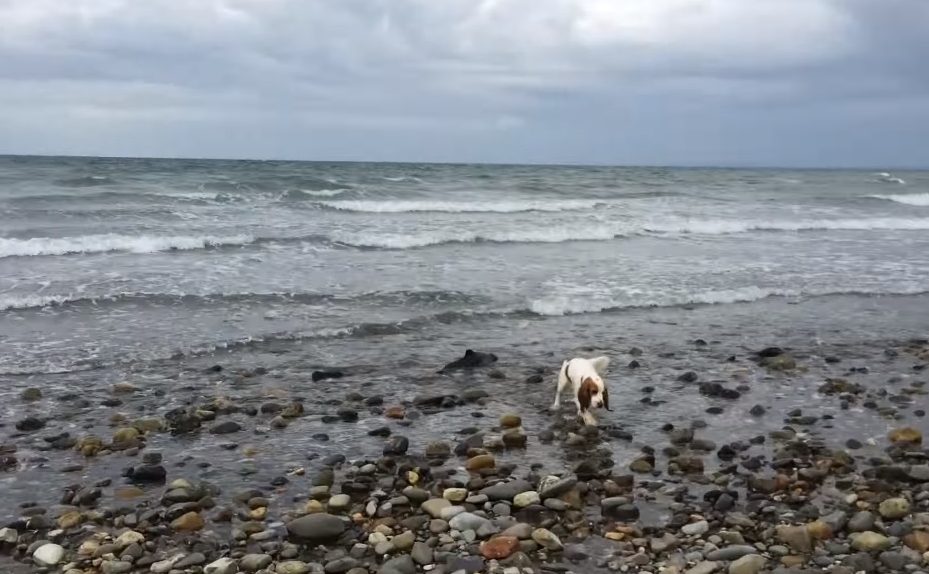 “At first, I thought it was a baby shark as it was around 45 cm long. I noticed that it has a hole on its head and it must be its nostrils. Then, I remembered sharks do not have nostrils on its head so it must be a baby dolphin.” said Rich

Rich then wrapped his hands around the baby dolphin’s belly and lifted it slightly.

Luckily, with the help of the waves, Rich managed to return it back to the sea 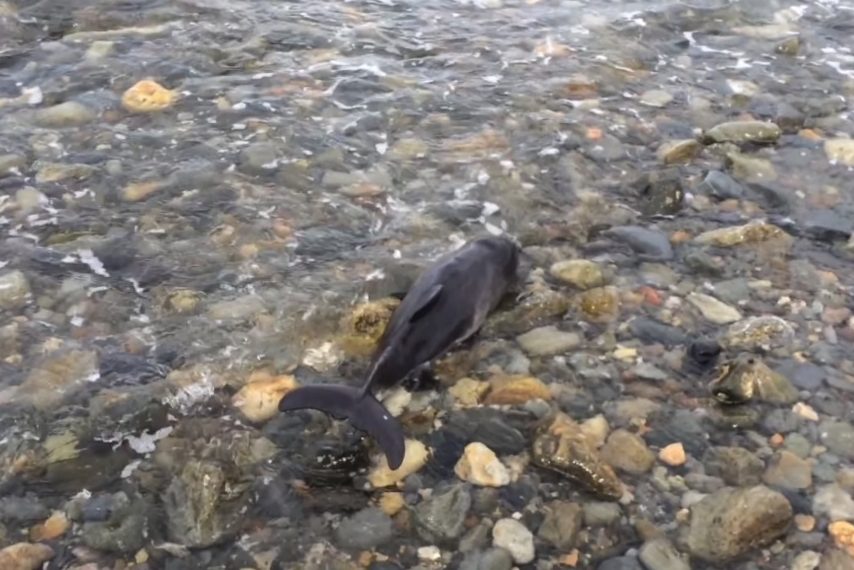 The baby dolphin would need to swim harder to search for its parents as who knows how long it had been stranded at the beach. It would need even greater efforts to look for its way home.

Looks like Rich succeeded in releasing the stranded dolphin back to sea but it seems the baby dolphin’s predicament did not end after it was released back to sea.

“I never thought it was going to swim back out to sea but it took a sudden turn and started swimming back to me! Why is it doing so?”

It was confused and after swimming in circles for a few times, the baby dolphin finally found the right route. Once again, it turned and swam out to sea! Just looking at it swimming back to safety and towards home really made Rich happy!

It must feel really amazing to be able to save a little life!

If you like Rich and Leia’s awesome story, why not share it with your friends and family!