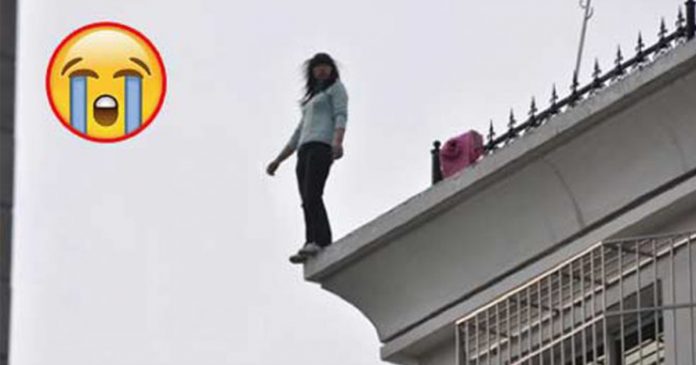 A graduate committed suicide due to stress and constant pressure from her own parents since she was young. This is what happened before she chose to end her life.

Shu-shu who was born in 1984 was the only child for couple Liu Yu (mother) and Liang Jun (father). At first, this small family lived a happy life and Shu-shu’s parents determined to provide better education for their child so she could grow up to be a successful person.

However, their dream and happiness shattered into pieces when they found out that Shu-shu’s growth was not normal like other young children. While most of children around her age had already learned to walk, 19-month-old Shu-shu hadn’t started walking yet. She also had speech delay and had trouble to speak easy words like ‘papa’ and ‘mama’.

Liu Yu felt disappointed with Shu-shu’s conditions. She was afraid if Shu-shu ended up not being as bright as her and her husband. Liu Yu was a top graduate in her university. Her achievement was considered huge since there were not many people managed to graduate and she was one of the few top students during her time. She was also an excellent teacher and had always showed consistent performance in her career.

At the age of 35 years old, Liu Yu became the youngest person to hold a chief position at Dalian University’s Department of Business Administration. Her husband, Liang Jun was a high-ranked government officer.

This couple’s blessed life and success always became the talk of the town and was envied by many people.

Realising that her family’s life was in the public eye, Liu Yu wanted Shu-shu to be as perfect as they were. So, she gave her daughter many kinds of food supplement that were said to be good for brain development.

Due to excessive food supplement, Shu-shu had her first menstruation earlier than most girls around her age. Liu Yu even ignored her friend’s advice to stop giving Shu-shu food supplement although her friend was a doctor. She thought that the food supplement would help her daughter to become smart.

Liu Yu also hired a private tutor for Shu-shu to help her in her studies.

At last, Shu-shu managed to secure first rank for the first time when she was in Standard 5 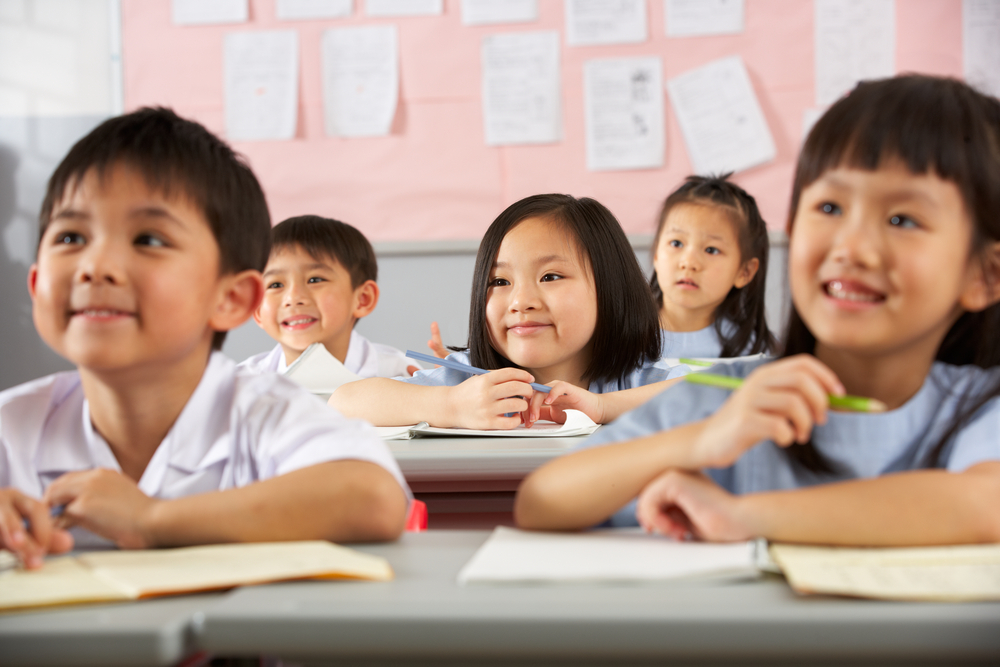 Shu-shu’s positive development encouraged Liu Yu to increase her efforts. She asked Shu-shu to participate in a national quiz competition. She expected that Shu-shu would easily win the competition but Shu-shu ended up losing. While her opponent had already knew the answer, Shu-shu was struggling to understand the question.

This had put pressure on Shu-shu. She could only write in her diary about how stressed and embarrassed she was to live under her mother’s high expectation.

“I have slow reaction. I always get the last place in any activities but mama and papa never wanted to admit about this. They thought being bright is a given to me since they are top in their fields. Even though they are successful, my life is not easy. I feel so much pressured about this and I feel sorry for my parents to have a child like me.”

In summer 1997, Shu-shu started studying at a junior high school. Her mother continued hiring a private tutor for her to study at night. She was determined for Shu-shu to be outstanding than other students. Liu Yu also often told Shu-shu that Shu-shu’s success was due to her continuous efforts in getting the best tutor to teach her.

In 2000, Shu-shu was accepted to study at a top senior high school but she failed miserably during her first exam. Shu-shu’s terrible exam results made her class teacher suspicious with how she could get into the school. Liu Yu was really angry with Shu-shu’s class teacher when she found out about this. She threatened to sue her class teacher for her defamatory accusation and brought the issue to the school principal. Her class teacher apologised for the issue and Liu Yu asked for Shu-shu to be placed in a different class and not to be taught again by the same teacher.

A week after the incident happened, Shu-shu asked Liu Yu to move to a different school as she could not catch up with her studies at the school. 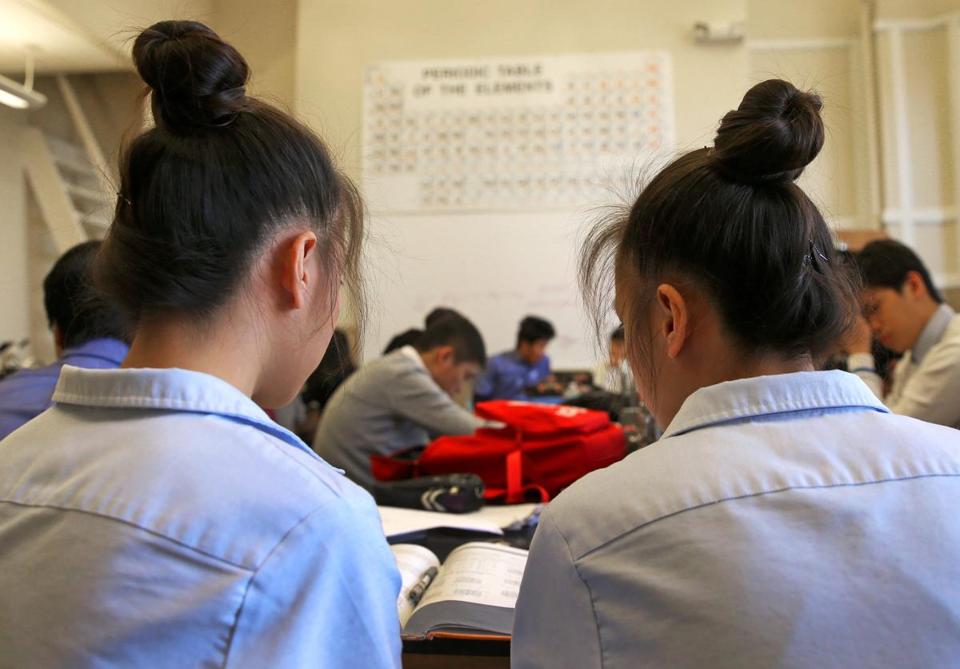 “I can’t understand what the teachers teach in the class. I think that senior high school’s subjects are too tough for me. I want to take art subjects instead and work at a nursing home.”

Liu Yu was furious with Shu-shu but her husband asked her to respect their daughter’s decision. She could not understand why Shu-shu wanted to do so. “There are many other worse students than her but they don’t just quit school. Why did she want to quit school?”

“Hey Liang Jun, listen to me! I will make sure that Shu-shu will get into a top university one day and I will never stop myself to make it happen unless I die tomorrow!” Liu Yu said to her husband.

Later in 2003, Shu-shu was accepted to study Economics at a prestigious university. Liu Yu and her husband was extremely happy with the news. They shed tears of joy upon receiving Shu-shu’s offer letter from the university.

However, Shu-shu was not excited about going to the university. She failed her first semester and she was the one who failed most subjects in her batch. This time, Shu-shu wanted to just learn at her home.

She continued to write in her diary, “Mama is gifted and smart but her own daughter is not as bright as her. Mama even pushed me to study hard to become like her but I can’t never be like her. Poor Mama.”

With much struggle, Shu-shu eventually managed to graduate from the university 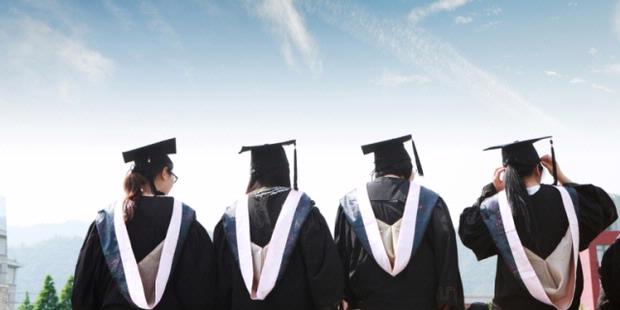 She wrote in her diary about how happy she was to finally be able to graduate.

“Passed, everyone is happy and excited to pursue their dream career. But I am the happiest among all coursemates as I do not have to study anymore. I feel so tired to have to study non-stop for 16 years and I would rather die if I had to continue doing this again,” she wrote.

Liu Yu, as usual, worked hard to make sure that Shu-shu get a job. At her work, Shu-shu also struggled as her higher ups were very strict. She already got many tasks during her first day working. The pressure was too much and Shu-shu could not do her job well.

Shu-shu did ask for help from her colleagues but none of them was available to help her. Everyone was so busy to get their job done. At the end, Shu-shu was scolded by her superior and she cried.

Shu-shu did not want to work at the company and told her mother about her problem. However, Liu Yu scolded her for wanting to quit the job so Shu-shu had to continue working at the company. This had caused Shu-shu to be more stressed.

She committed suicide by jumping from the 21st floor 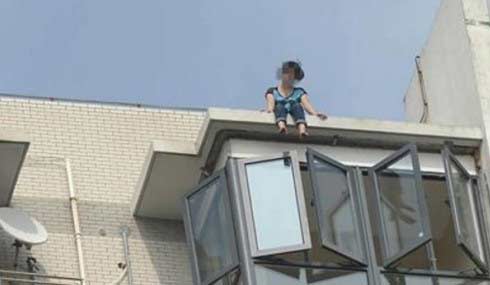 After her death, Liu Yu found a diary in Shu-shu’s daughter while cleaning up her room. She then read everything that her daughter had written in the diary. “Papa, mama. I always pray that I could be the daughter that you always dream of but I couldn’t. I am tired, so tired. I have to follow your interests even it’s not what I want to do. I always look dumb compared to other people. I am tired and I just want to rest. Maybe I will find new friends like me in heaven.”

Shu-shu’s mother was devastated to read her diary. She regretted for what she had done to her daughter but it was all too late. In an interview, Liu Yu said that she wanted to share her story with others to remind every parent about this issue.”

“A Turkish proverb said that ‘God made low branches for birds that cannot fly well.’ I took this proverb from her diary because I always pushed her to fly high while Shu-shu could not do so. So, she left us for good.”

“I just wanted my daughter to live a good life and be happy.”

“Every child has different potential and as parents, we must encourage them to use their potential towards their interests. Let them be who they want to be and not what we want them to be.”

May every parent who read this learn a lesson from this story. We should never compare our child with other’s because it well give them tremendous pressure. We should learn to listen to our child and get to know what they want in their life. Don’t be fast to judge them when they can’t do well. Instead, encourage and support them. At the end, they will appreciate it if we too, could show our appreciation towards their efforts.