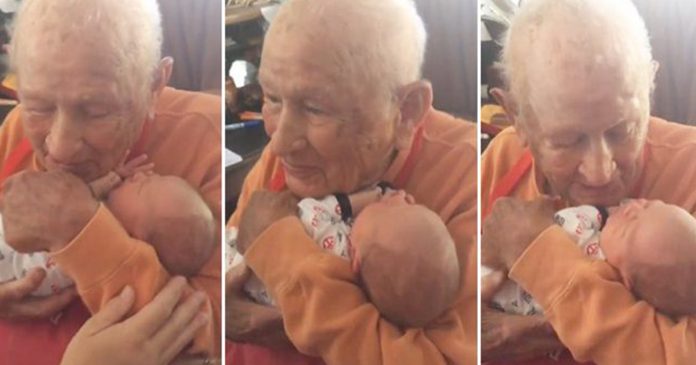 This 105-year-old great-grandpa was super excited for one precious moment—he was about to meet his great-grandson for the very first time. Well, why not? Not everybody is so lucky to get a chance to cuddle their great-grandchildren. 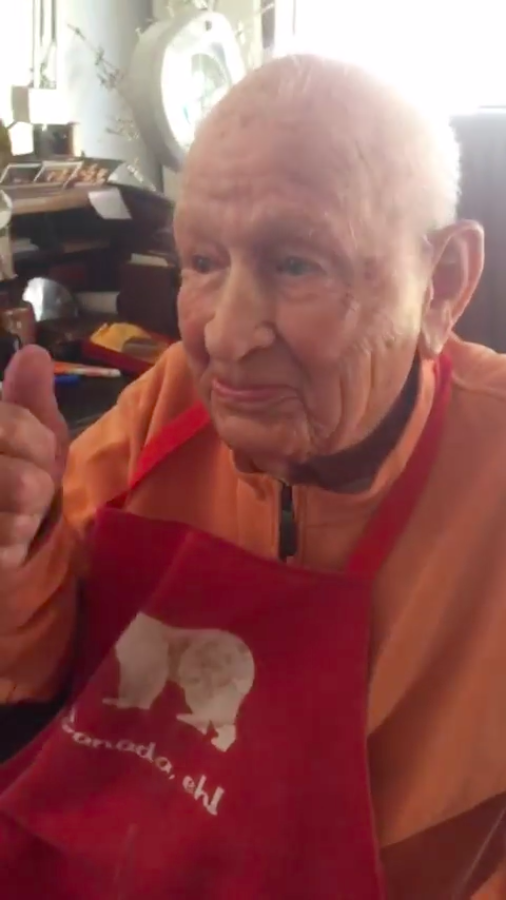 Parents Susan and Jason Zwolak were waiting for the very special moment ever since their son, Easton, was born 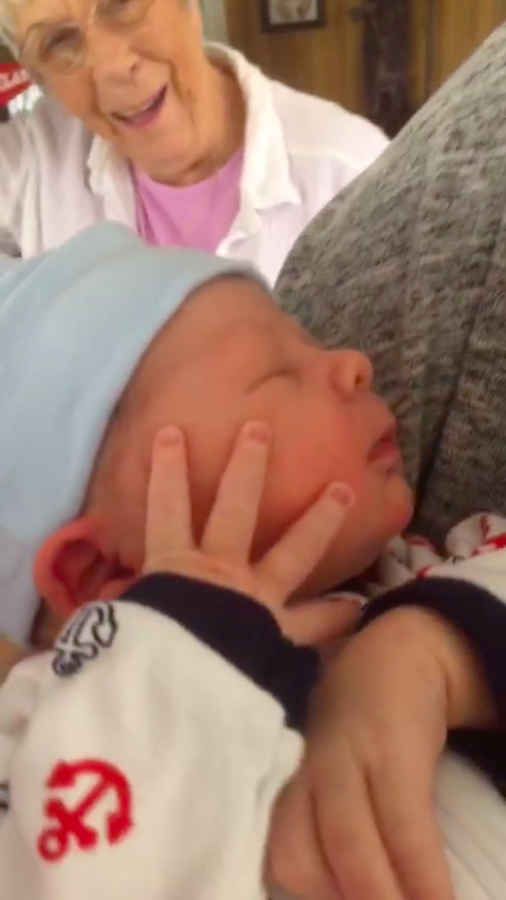 They brought Easton to meet his great-granddad, Pop, five days after he was born. Susan and Jason have beautiful memories with Pop growing up, and they felt extremely lucky that Easton would get the opportunity to meet him.

When Pop saw Easton for the first time, he was visibly overwhelmed with excitement.

Understandably, he was a little jittery, and at first, he was really worried that he would drop Easton 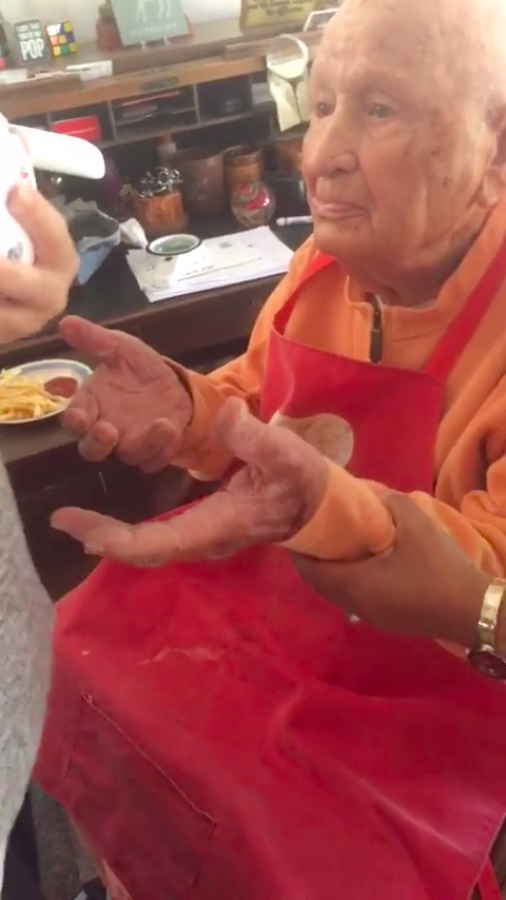 He was reluctant to hold him because of this.

When Pop refused to hold Easton when they first held him, Susan reassured him that it was okay and persisted that he should hold him. After a couple of minutes, Pop held out his hands hesitantly, his heart brimming with excitement.

When Pop finally got his arms around Easton, his face was visibly transformed with joy. Susan’s eyes filled up with tears as grumpy grandpa turned into a little boy, his face shining with glee.

He looked at Easton’s face and nodded his head repeatedly.

Easton was fast asleep, but he woke up to his great-grandfather’s affection 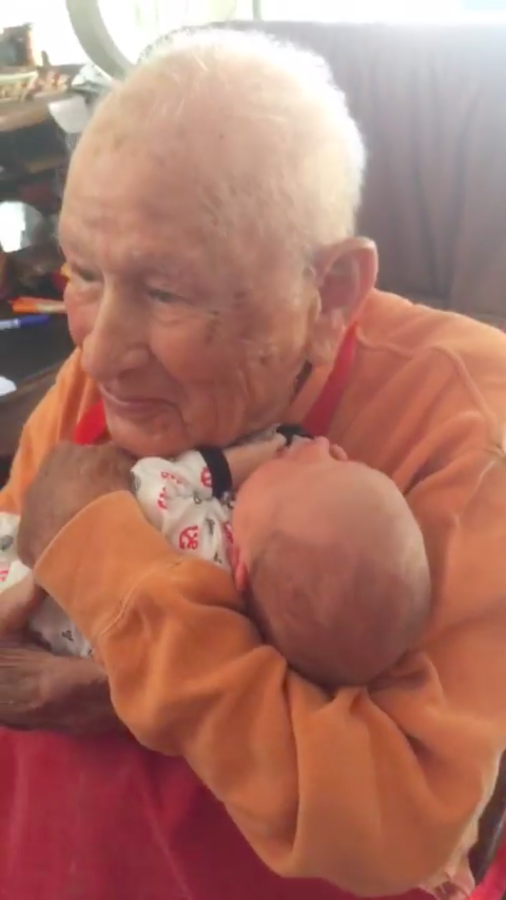 Pop held him closer to his chest, and Easton snuggled up to him, clearly finding his comfort zone with Pop 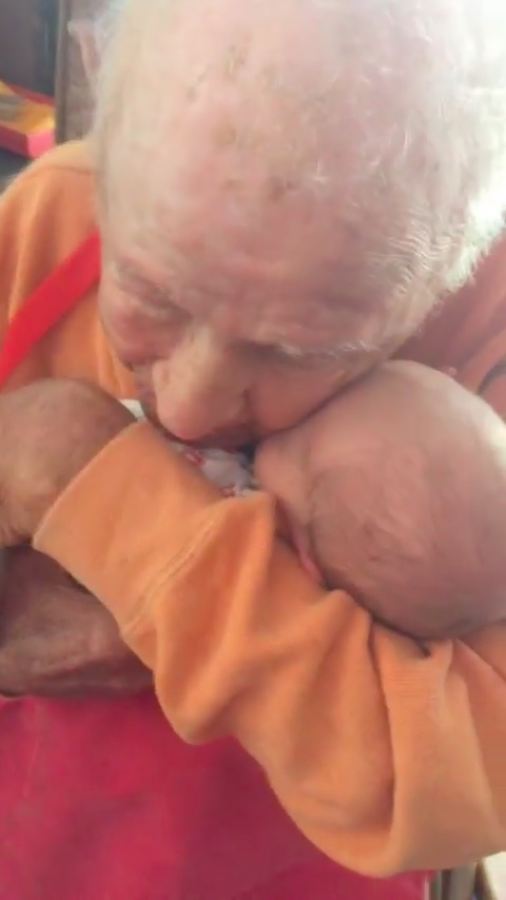 The proud parents watched on as their grandfather caressed their son’s face daintily and looked up at them in sheer joy.

At such an advanced age, it’s not easy to find things that make one happy. This meeting meant a lot to Pop. 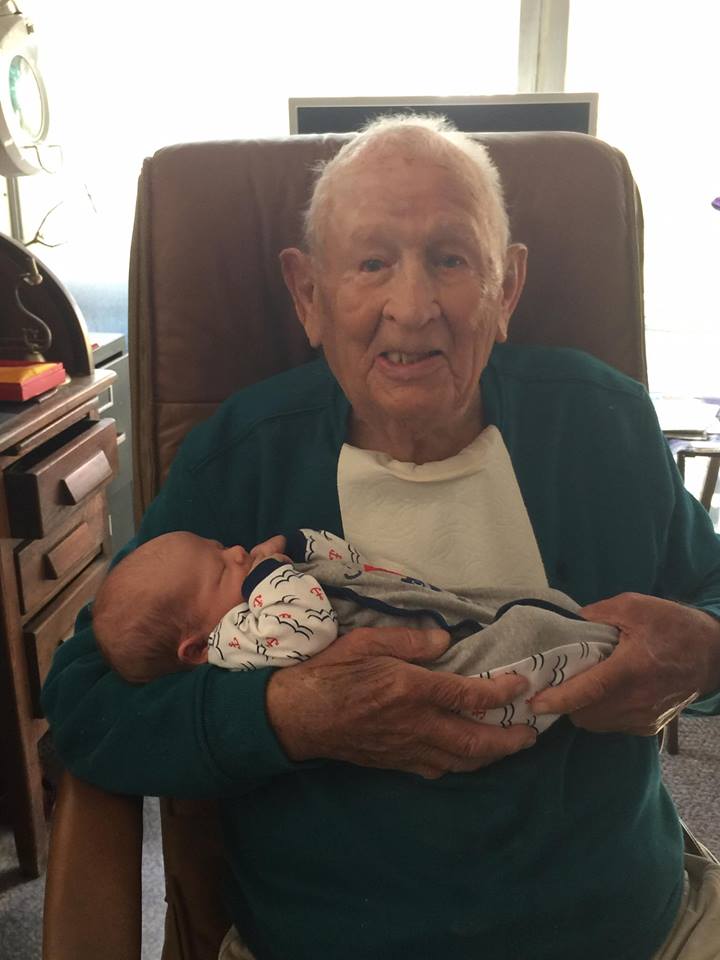 In this day and age, meeting your great-grandchild is a rare moment to have, and it definitely warrants some celebration!

Watch the precious moment in the video below: