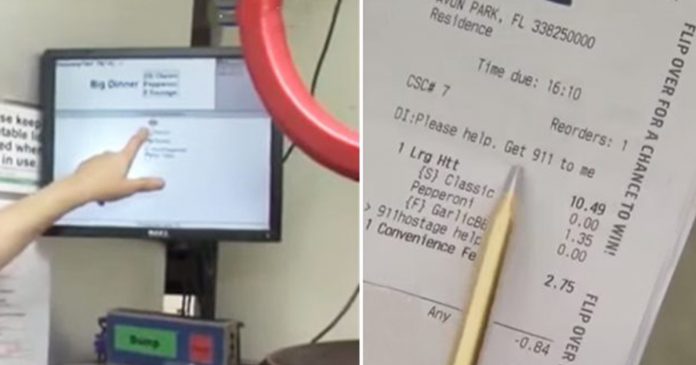 A young mother has saved herself, and potentially her three children, with her quick and creative thinking by using Pizza Hut’s app to send an urgent plea for help, after being threatened by her knife-wielding boyfriend.

Mother of three Cheryl Treadway, 25, was being held hostage in her Avon Park, Florida home by her boyfriend, Ethan Nickerson, 26, who reportedly began sharpening a knife in front of her, before threatening to stab her 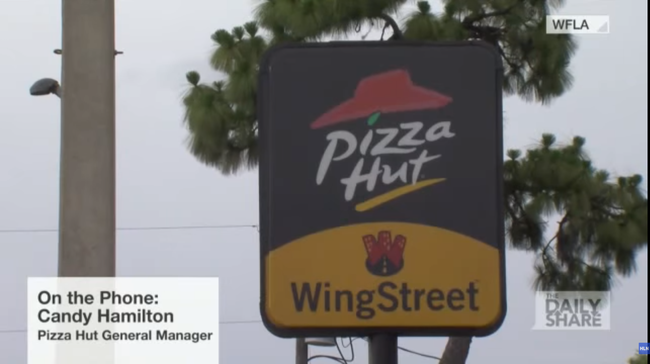 Nickerson was not letting Treadway out of his sight, and wouldn’t let her leave the home. In the intensity of the situation, she somehow came up with a genius idea, which was her last resort. 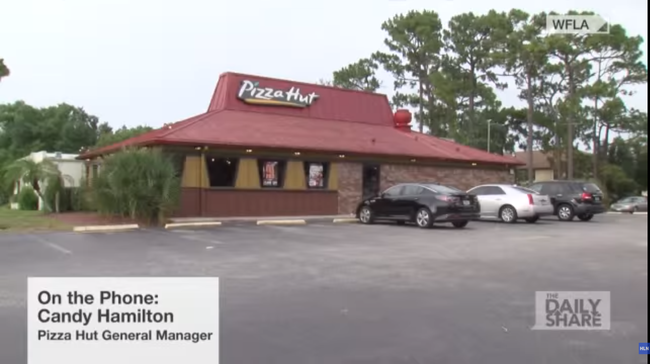 The couple had been arguing all day prior to this extreme turn of circumstance, and the children hadn’t been able to eat anything, so Nickerson agreed.

Little did he know that Treadway had not only ordered a pepperoni pizza, but had secretly added an urgent plea for help to her order. 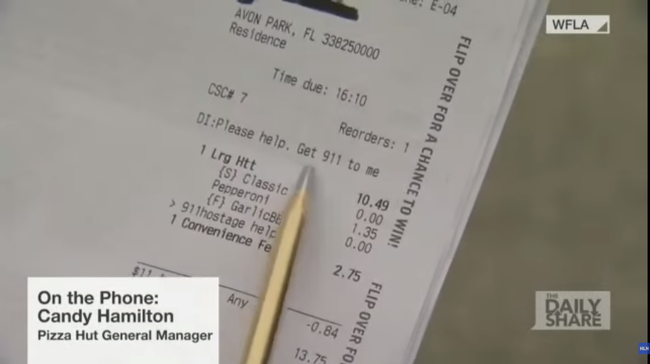 Again, in the extra comments section, she wrote, “911hostage help!”

Once Pizza Hut received the order at 3:40 p.m., they realized the dire seriousness of the situation and contacted Highlands County Sheriff’s Office immediately 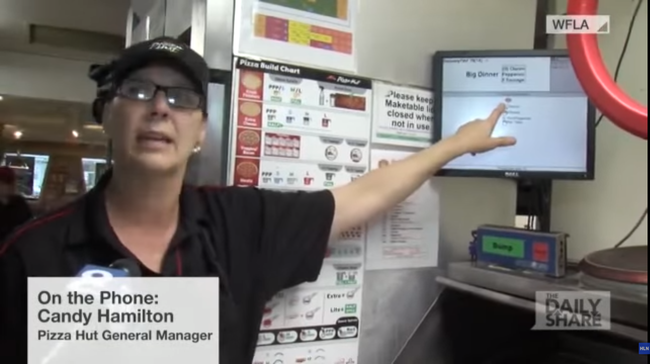 Police soon arrived at Treadway’s residence. Although Treadway’s boyfriend initially refused to go outside, the police managed to persuade him to open the door and arrested him after 20 minutes. Police suspect he was drugged up on meth.

“If I’m standing there with a knife in my hand, sharpening it, and looking at you in a menacing way and make a statement that, ‘I’m going to kill you’ and I’ve already done some violence to you, ya know how are you going to take that message?” Lieutenant Chris Ludden said. As intense as the situation became, luckily, no one was harmed.

It’s incredible that Treadway managed to think of using Pizza Hut’s app to get her message out. 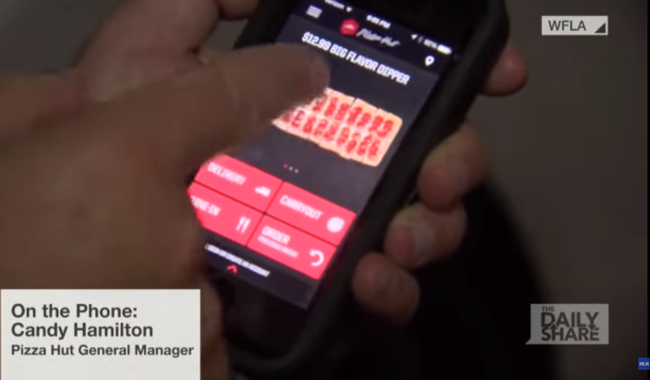 “I’ve been here 28 years and I’ve never seen anything like it,” restaurant manager Candy Hamilton said, as reported by the Daily Mail.

“I was kinda scared. I was scared for the person,” chef Alonia Hawk told WTSP.

Nickerson, who has been been charged with a litany of crimes in the past, faces multiple charges after threatening his girlfriend with a weapon, keeping her hostage, and obstructing law enforcement.

Whilst it’s not known if the pepperoni pizza ever arrived, the main thing is that no one was hurt.