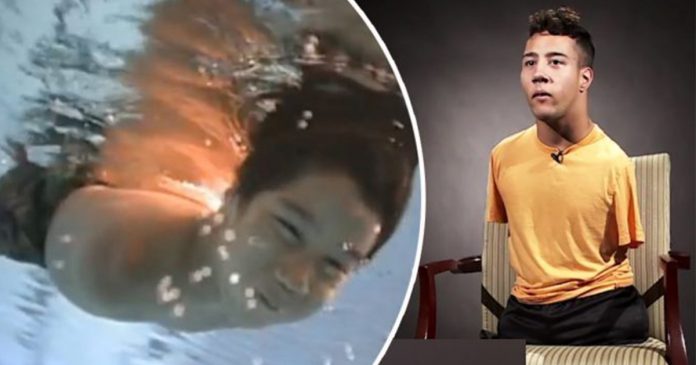 A limbless 2-day-old baby boy who was abandoned by his mother was later adopted and became an inspiration to his friends and family after growing up. For those around him, they’ve witnessed him demonstrate “where there’s a will, there’s a way.” 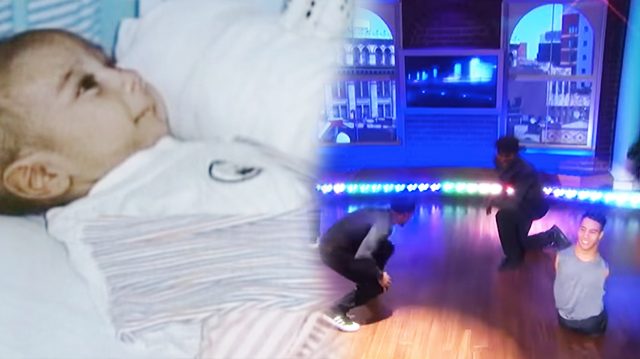 At birth, Gabe Adams, who’s 18 now, was abandoned by his biological mother in Brazil, and then adopted by a Utah couple, Janelle and Ron Adams 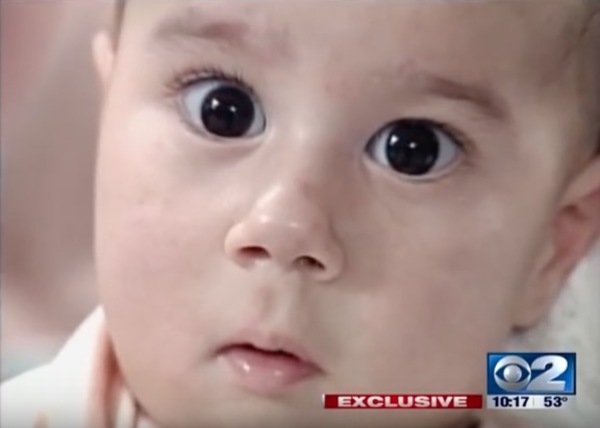 “I kept thinking about this baby far away in a hospital with no arms and no legs–I couldn’t get him out of my mind,” Janelle told People. Janelle and Ron Adams, both 58, have 13 biological children, most of them grown.

“For most of his life, he’s faced huge battles,” said Janelle, a receptionist.

“It took him a whole year to learn how to walk, but he didn’t give up. It’s the same with dancing. He just kept trying” 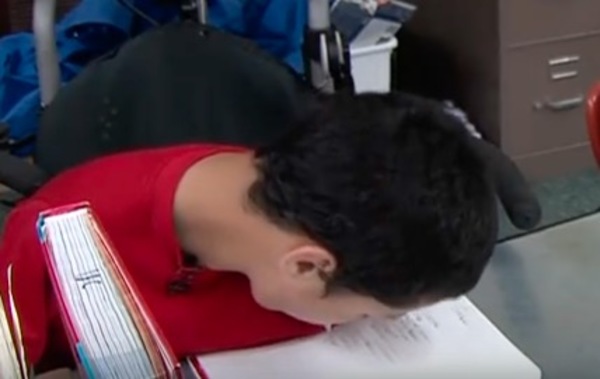 But none of the difficulties have stopped Gabe, who suffers from a rare disease, Hanhart syndrome, a congenital defect, where he was born with no arms and legs. He learned to eat, write, and move up and down stairs by himself.

He also learned how to swim, and even jump off a diving board 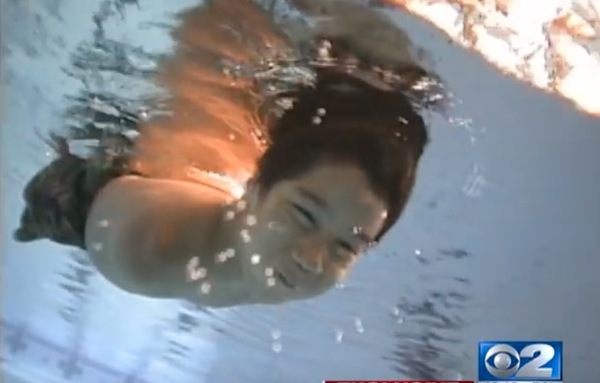 When Gabe was 12, he even secretly taught himself dance, and later had a performance at his junior high school talent show.

“After Gabe’s performance, everyone jumped to their feet and gave him a standing ovation,” recalled his adoptive mom 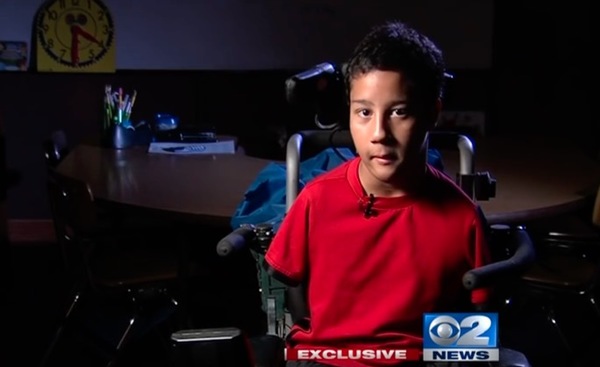 “It felt great,” said Gabe, who was practicing dance several hours a day by this stage.

“From then on, dancing became my way to express myself. I was determined to keep learning everything I could” 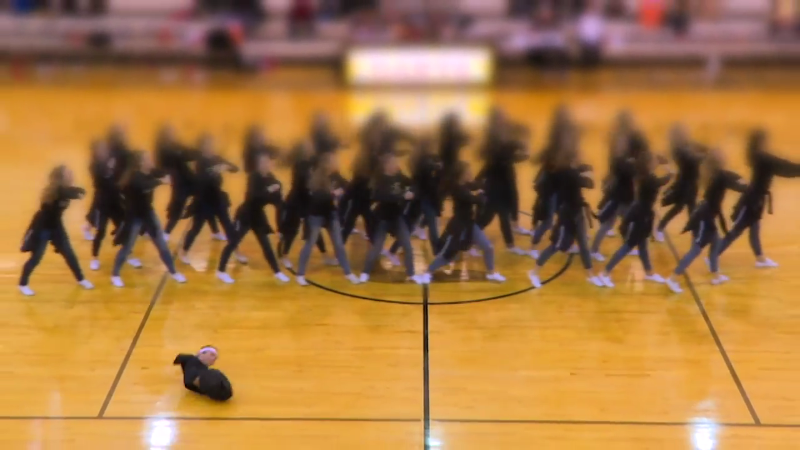 Gabe joined his high school’s dance team with another 28 girls when he was a sophomore. After he performed in front of the whole school during half-time at a basketball game, everyone cheered.

“He’s such a huge inspiration to all of us,” said his teammate Tori Nybo, 18 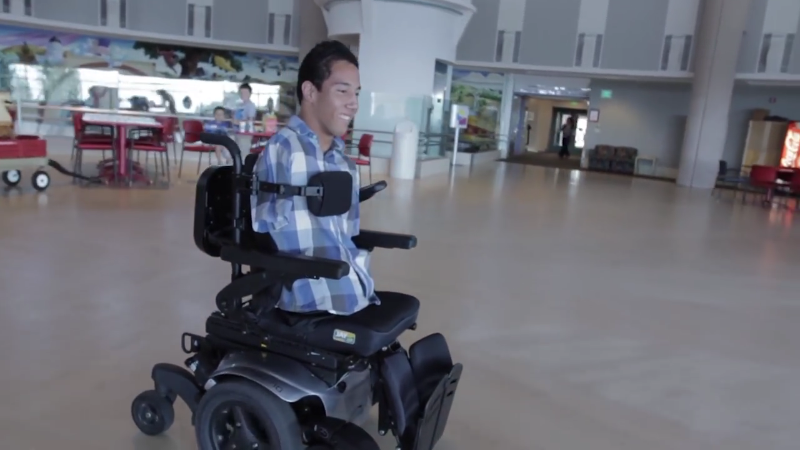 “Whenever I’m struggling in and out of dance, I look to Gabe and realize that we can do anything. Just being around Gabe sends good vibes to the whole team. He’s humble and kind and has learned the most important lesson in life: how to be happy” 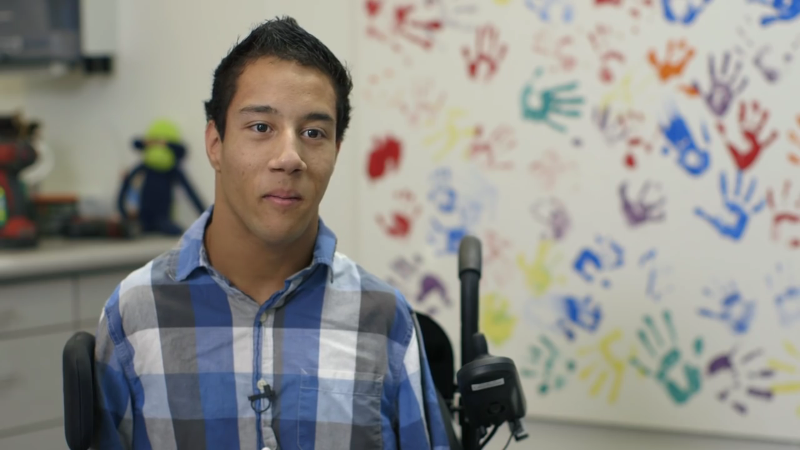 “We thought we were rescuing somebody and giving him a better life, but in fact, it’s been just the opposite,” said his adoptive dad, Ron 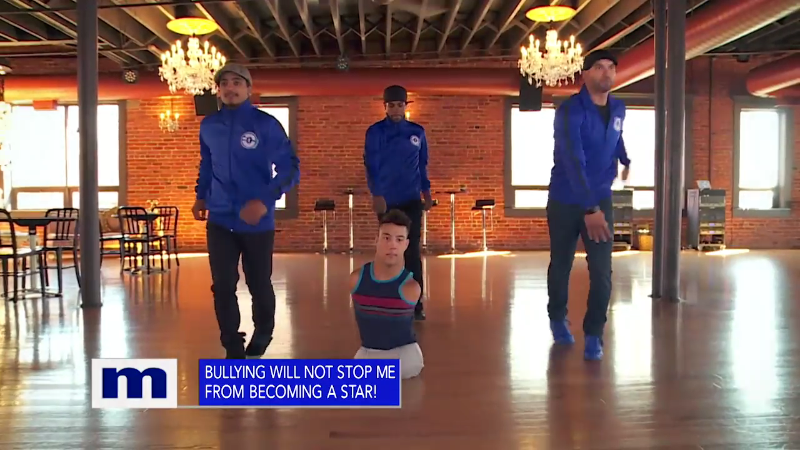 “He’s rescued us and given us a better life. Having him around has been so inspiring and motivating. He’s always pushing himself to be the very best he can be.”

And to Gabe, he refuses to be restricted by his wheelchair.

“I’ve just always wanted to be something more than the kid in the wheelchair,” said Gabe 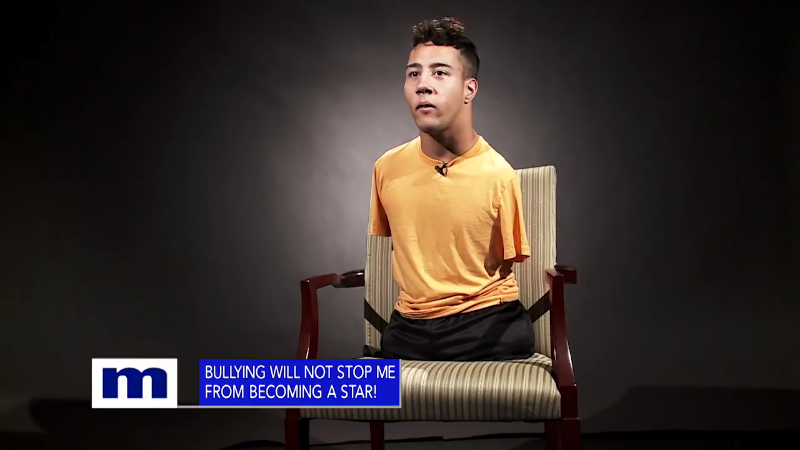 Gabe, who wants to inspire people to be tolerant of others, appeared on The Maury Show last month to give a live dance performance. Afterwards, Gabe was asked to share some words for others who may be facing some challenges because of how they look.

“We’re all unique and special, and all born as blank canvases. We go through our own experiences in life, and we get different paint strokes on us from the experiences we get in life, and everyone’s paint should be shown,” Gabe said.

“Never let anyone tell you you can’t” 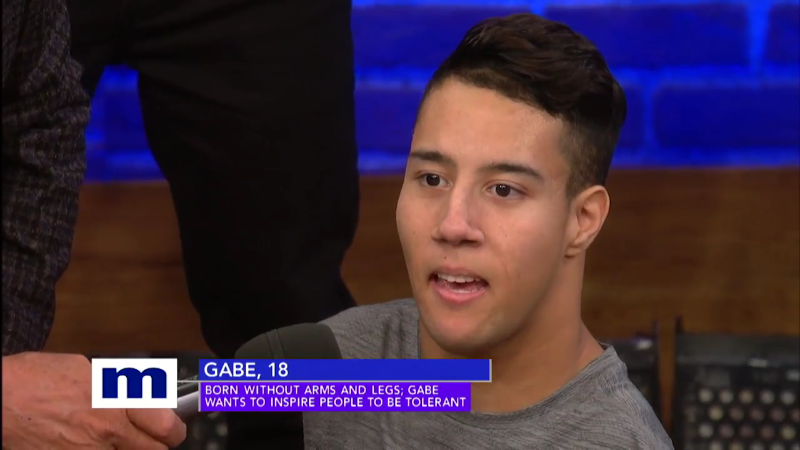 It just goes to show, determination can indeed overcome any obstacle and pave the way to success. And for Gabe, his willpower and determination have sure shown him the way.

See Gabe on The Maury Show below:

This 17-year-old girl was scouted by a modelling company at a...

Disabled man proves that nothing is impossible even when he has...