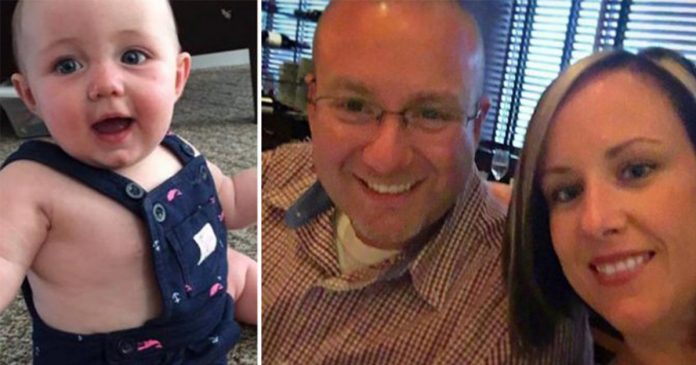 We all know that pants should go with a shirt (in conventional society, of course) but children, especially toddlers, can get away with pretty much anything and just be cute and cuddly. Mothers tend to fret more about what their children are wearing or what they are eating than most dads do. Toddlers can pretty much get away with wearing nothing but a nappy and bib and someone would think they look instagrammably cute. For dads, babies look cute no matter what as long as they are not crying, throwing up in the car, or filling nappies with poo. 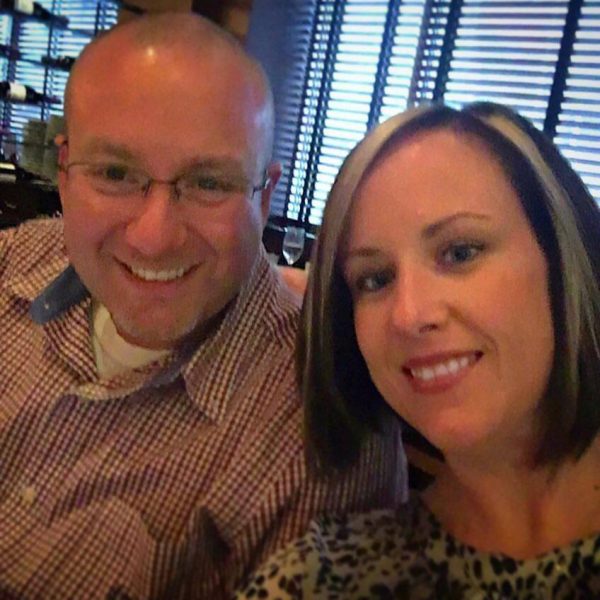 Brooke Hawley-Basso had to get to work earlier than usual one morning and left the morning chaos of getting people and everything else ready for the day ahead. She left Olivia with her dad figuring that he would at least know by now what to do with the baby when the mother is not around.

The thing was simple enough: get the baby dressed and ready for daycare, drop baby off at daycare and go on about your normal daily life sans baby 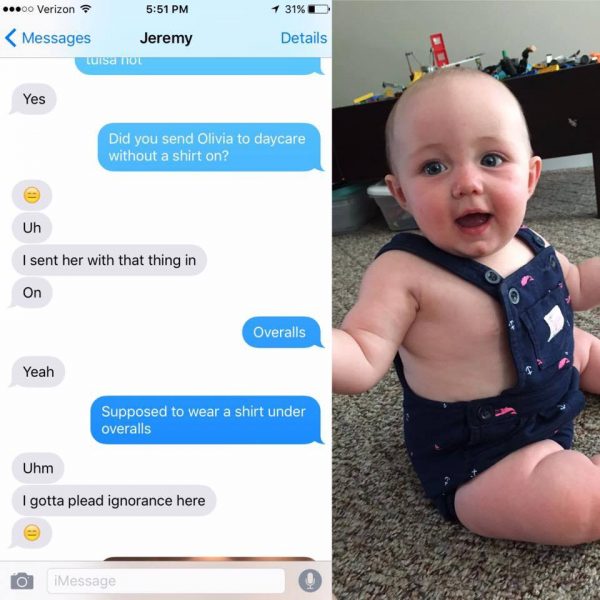 When Brooke went to pick her daughter up from daycare she was stumped to find her in nothing but overalls. Yes, just the overalls.

She took a picture and playfully asked her husband in a text message why her daughter didn’t have a shirt on underneath her overalls. Jeremy responded by saying that he would have to “plead ignorance.” He couldn’t have known of this unspoken yet universal law that overalls go with a shirt.

As for Olivia, she couldn’t care less really and she is so adorable in the picture, she could be wearing a sack or a brown grocery bag and she would still look cute 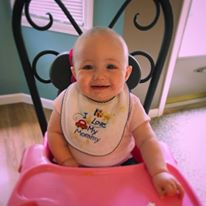 The folks at the daycare and friends who saw the picture thought it was funny, just an epic dad fail moment. One of Brooke’s friends suggested she post the picture on Ellen DeGeneres’ Facebook page and the picture and text conversations with the father went viral. 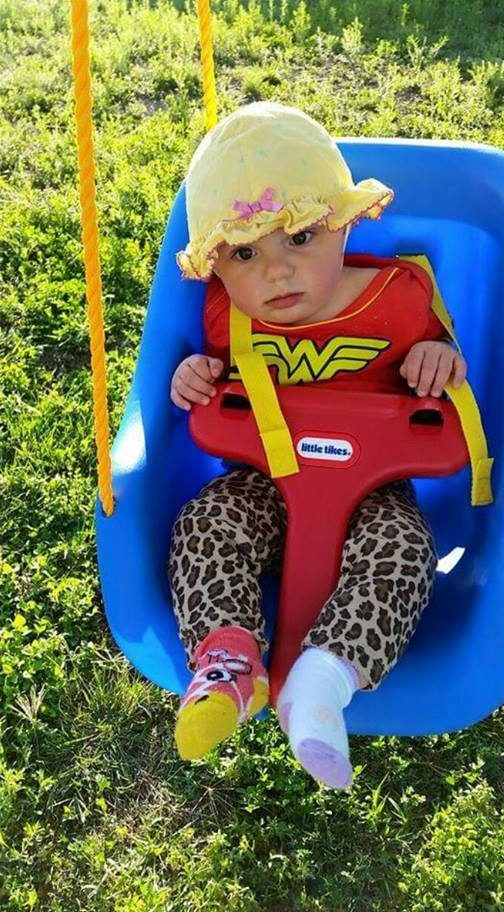 MaryAnne DeSantis Panella wrote that when she was on maternity leave she’d leave her daughter with her dad for an hour at a time when she started mentally preparing herself to go back to work and be away from the baby.

And this is what she would come back to: 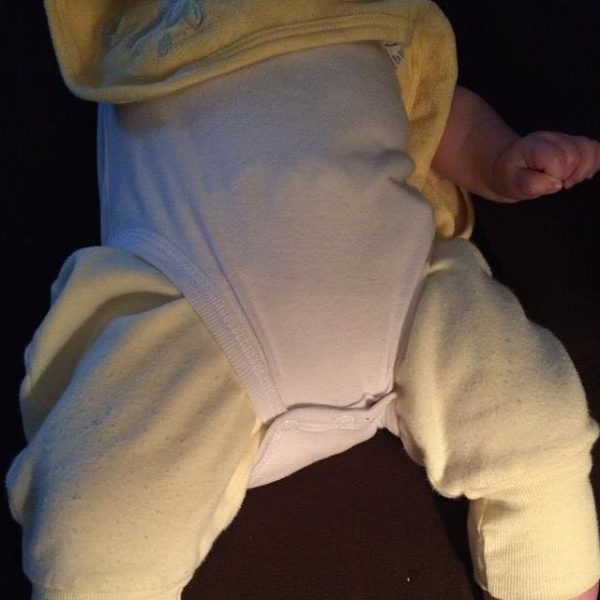 Which evidently set off another chain of comments from “What’s wrong with that?” to the many “Me too!”s.

One father dressed his toddler in a “Build a Bear” costume sans the tail and another thought Yoda’s coat was soft and adorable for his daughter to wear and he actually thought his daughter pulled the look off better than the stuffed Yoda toy could. Makes you wonder what these kids would wear on Halloween.

Olivia might not care much about that picture, until she grows older and baby pictures become embarrassing.

Hopefully, she will not spot the “underwear on my head” look sometime in the future. There are a lot of those making the rounds because daddy couldn’t find a beanie and track pants around baby’s head seemed like a logical solution. Olivia’s adorable picture is enough to make anyone feel warm and fuzzy inside whilst the father, Jeremy sounds even more adorable for his naïveté.

Forget pictures of cats wearing Dracula Halloween costumes, Olivia’s daddy’s epic fashion fail is more than enough to make you smile and turn any day into a good day 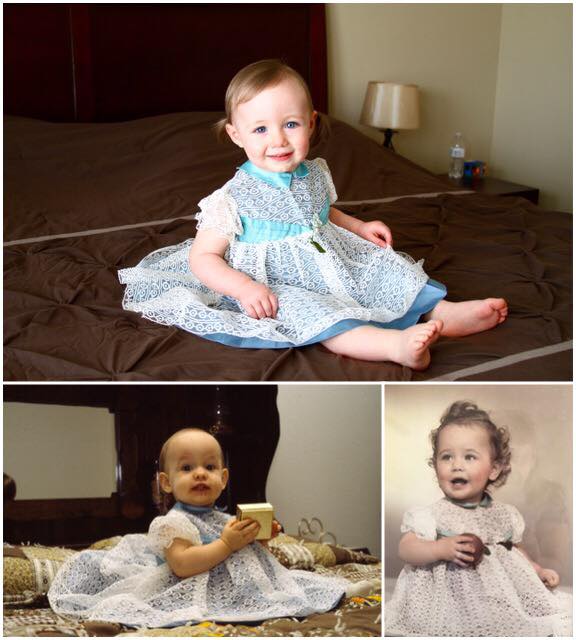