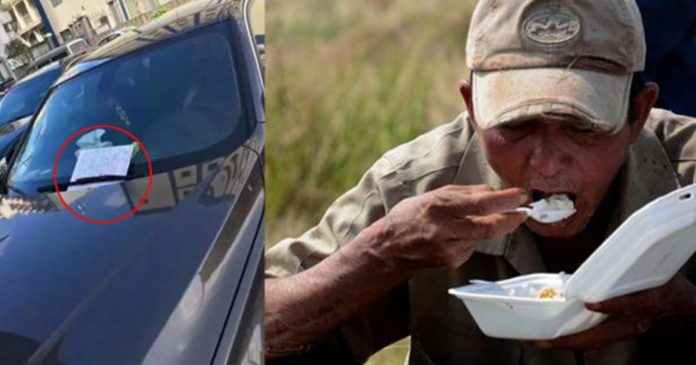 A poor man accidentally scratched a BMW car that was parked on a roadside. So,he left a heartfelt note to the car’s owner saying that he was deeply sorry for his clumsiness in hope for the car’s owner to give him some time to pay for the damage.

However, he never thought that the BMW’s owner would be touched with his note and later took him to work for him.

On the fateful day, Qinlong took his children for a walk. Suddenly, he accidentally scratched the luxurious car, yet, he did not run away and took a responsibility for his wrong.

He then told his children to go back home and get him a pen and a paper.

With the pen and the paper, he wrote his apologies and put the note under the car’s windscreen wiper 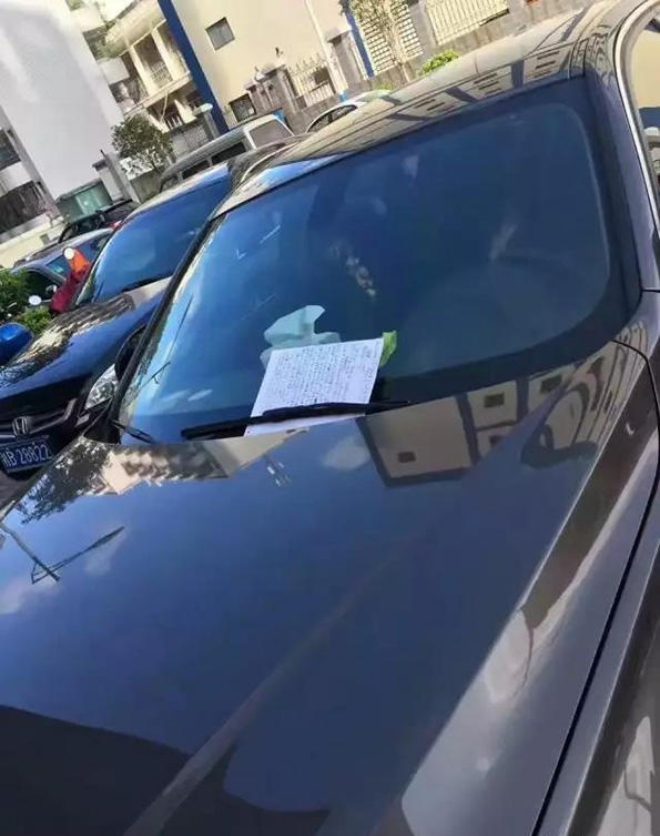 Qinlong asked for an apology and wrote that he did not work that moment because his business went bankrupt. His family was having a financial crisis and he only had 100 Yuan.

“I accidentally scratched your car and I have to be responsible for the damage. So, please receive this 100 Yuan as an early payment and give me 2 to 3 months to pay for the rest. I am giving you a guarantee that I would not run away.” wrote Qinlong.

Upon reading the note, the BMW’s owner was afraid that Qinlong could be a scammer. So, he borrowed his friend’s phone and called Qinlong.

At first, he told Qinlong that the scratched car was a Benz 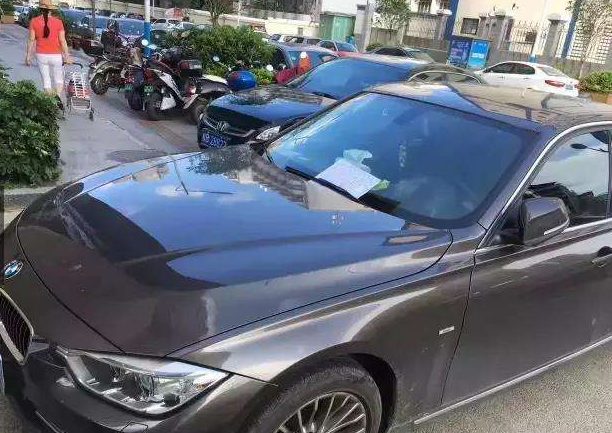 Qinlong then gave an honest reply to the car’s owner. He was panicking, “Are you a friend of the car owner? Can you help me find the owner? I need to tell the owner that I accidentally scratched his car and I am wiling to pay for the damage.”

As the car’s owner heard Qinlong’s reply, he felt safe and reassured that Qinlong did not have a bad intention and instead, is an honest and a responsible person. The car’s owner told Qinlong that the repair cost could be around 1900 Yuan but seeing Qinlong’s honesty and determination to pay for the cost, he decided to not ask Qinlong to pay for repair cost.

However, Qinlong refused to do so as it was against with his life principles.

“I have scratched your car and I really need to pay for the damage. I do not want to go against my life principle!” 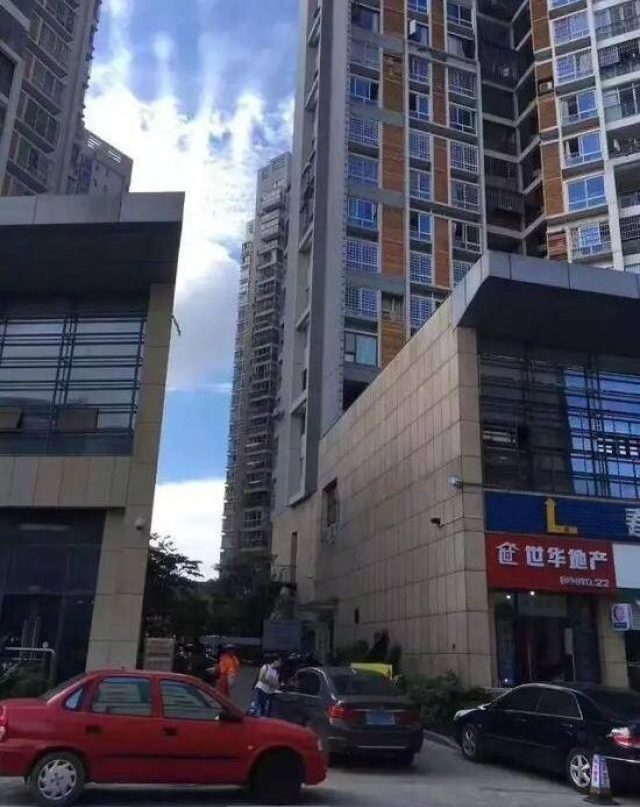 The car’s owner was really touched with Qinlong’s words. He then told him, “As you are really determined to pay for the damage and I need more workers right now, why not you come to my company and work for me? I am really touched with your honesty and you can pay me back by working with me and we could be friends!”

The BMW’s owner said that he would like to meet with Qinlong and he did not care about the scratch. It was all because of Qinlong’s honesty that touched him.

“In our society, it was rare to find a person like you and if you are interested to help me with my business, I am more than happy,” said the car’s owner.

This inspiring story tells us that it is important to be honest and responsible for our act. One day, this incident might happen to you so remember to be like Qinlong and also the kind-hearted car’s owner.