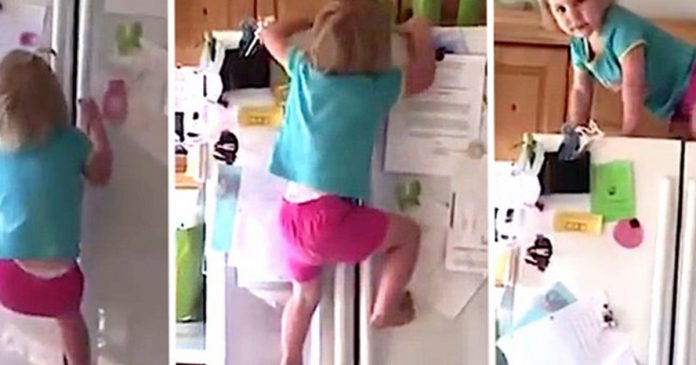 Being a mother of a toddler is adventurous. This is the age where they constantly getting into things, they can’t stay still, and they’re climbing on everything.

Some of these little children toddle away from you, they hide in other rooms, and maybe climb under the furniture, but TanaLee Oliver’s toddler is something else 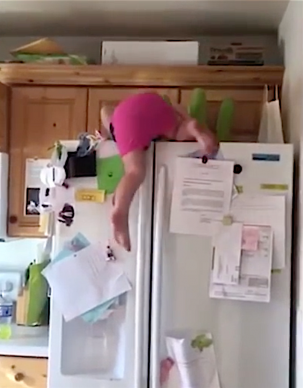 The mother of five from St. George, Utah, could not find her daughter, Scarlett, even after calling out for her. She could hear her voice, and she seemed nearby, but she could not see her.

Oliver finally found her daughter on top of the fridge 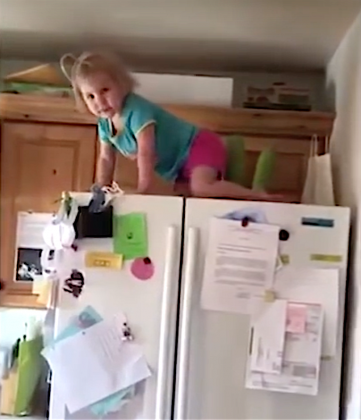 “I was doing laundry right by the kitchen, and I couldn’t hear Scarlett. I called out and asked her where she was and when she replied, ‘Right here.’ She sounded very close,” she told Caters News.

“She poked her head around the corner from where the fridge was, only it was close to the top of the ceiling!” she said.

Scarlett’s mission was to get a pen 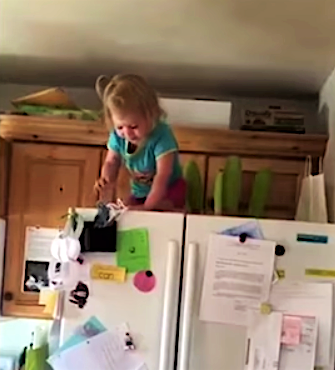 “On the top left corner of the fridge is a black box that used to be lower down,” said Oliver. “It contains pens and pencils. I had to move it up to the corner, because she would get a pen and write on the couch, counter, wall and even herself.”

Scarlett decided to climb the refrigerator to get the pens her mom was keeping from her.

Although it was amazing to see her daughter up there, this was not her first time seeing one of her children up so high 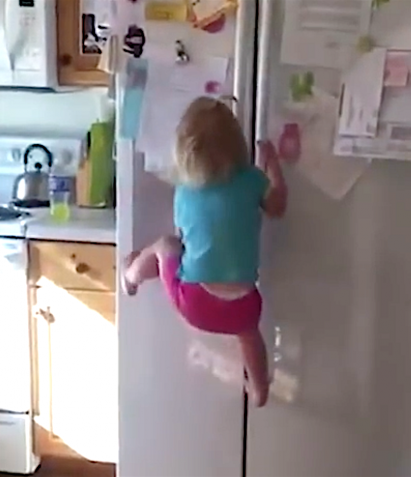 “I was surprised, but this was not my first rodeo. I found her brother Liam, now nine, on top of the fridge when he was 15 months old,” Oliver said. “Fast forward seven years and I am right back where I was, but with our last child and a little girl.”

Oliver asked her daughter to climb the fridge again, and she recorded the whole thing on camera 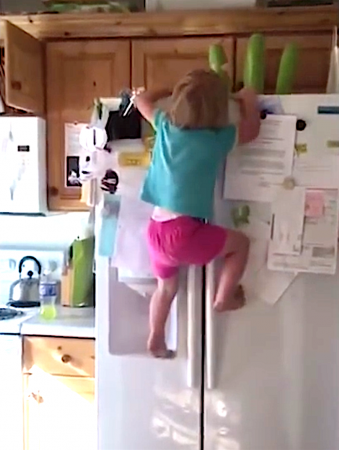 Oliver explained that Scarlett has never hurt herself using her climbing skills, and she climbs on everything.

“She climbs on anything she can get on top of. If I’d let her she’d perch up on top of my Jeep Wrangler! I’ve had to get her off of or stop her from getting on my Jeep a handful of times.”