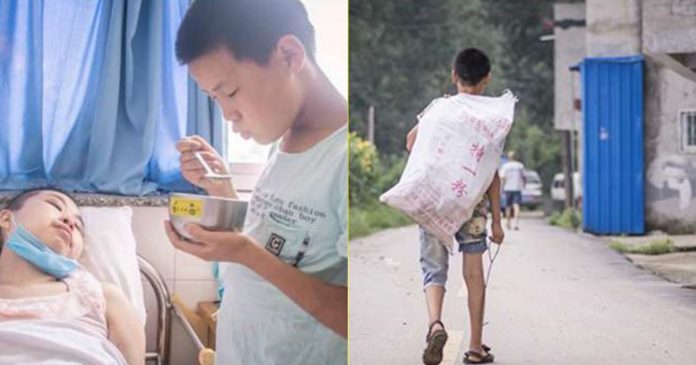 26th July, Nanyang, Henan, China. It was a searing hot afternoon with temperatures reaching 43.5 degrees Celsius. Many people could not bear the heat and would prefer to stay indoors but a skinny boy with a big bag headed towards the bridge. The boy was going to rummage through the trash nearby the bridge. While on his way to the bridge, he saw an empty bottle. Without hesitation, he picked it up and put it inside his bag. 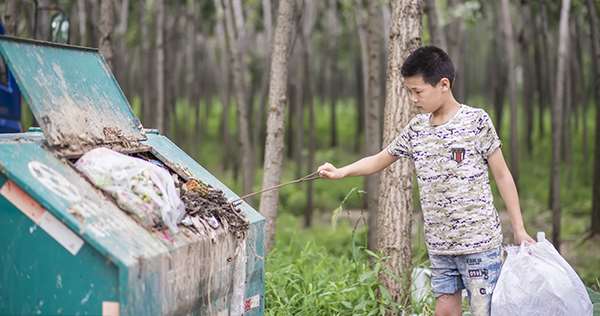 It was school holidays now and why is the boy toiling to earn some money?

The reason was he wanted to pay for his stepmother’s medical bills! 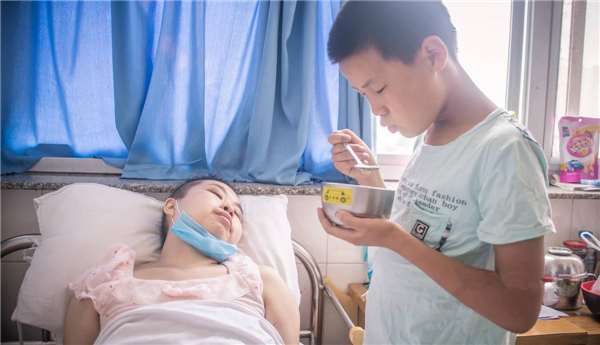 This 12-year-old boy named Wangzhen was abandoned by his mother when he was 2 years old. His father, Wangman, accidentally cut off his right hand when he was working at the construction site. Now, he is working as a part-timer and his pay is barely enough for their family to survive.

Nine years ago, his grandmother died and leaving behind a huge debt so Wangzhen could only depend on his grandfather.

Later on in his life, his step mother, Liang Yingchun came into his life and the three of them lived happily for a period of time.

Alas, their happy times did not last long… 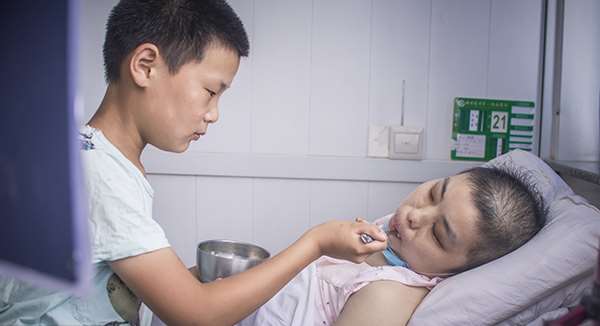 Liang Yingchun suffers from acute lymphoblastic leukemia and was admitted into hospital for treatment. Although Liang Yingchun is his stepmother, Wangzhen would visit her at the hospital everyday. He would feed her and when it gets too hot, he would wipe the sweat off and take care of his stepmother with every possible way he could.

In October 2014, Wangzhen was involved in a car accident at the road side in front of his house. It was a very bad accident that nearly claimed his life. He nearly lost his right leg.

Until now, the scars are still visible on his right thigh and ankle 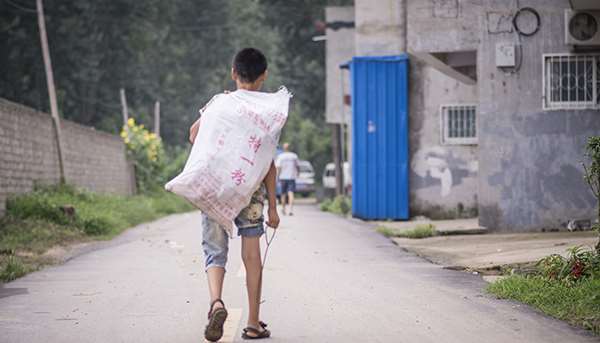 “With half a day’s work of collecting recycling materials, I could earn around 2.50 Yuan. Aunty Liang(stepmother) treated me and grandfather well. This time, the doctors said if her sickness was not treated, she would die. I could not bear to let her die so I am going to earn enough money to treat her!” Wangzhen said. 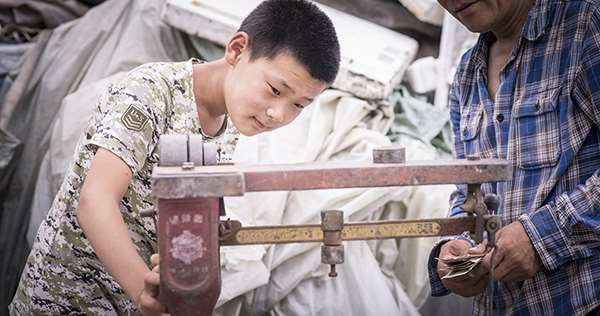 The child’s filial piety touched everyone’s heart but the reality is treatments for lymphoblastic leukemia will require a lot of money. The medical expenses could reach 1 million Yuan. The reporters were reluctant to tell him the truth of this matter as it would be too much for young Wangzhen.

It is heartbreaking to see such an obedient child to face such a cold, cruel reality! We hope that miracles do happen and for good-hearted people to help this poor family to go through their difficulties.