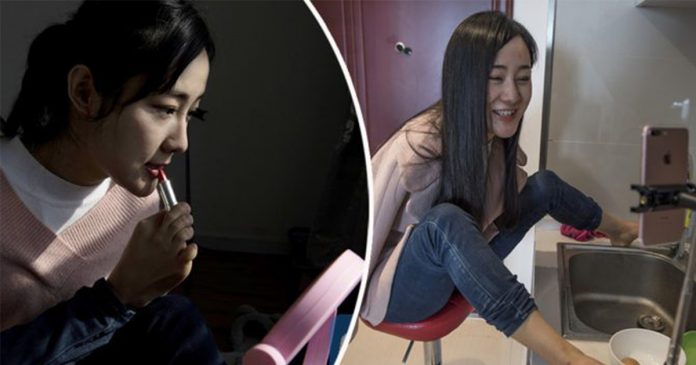 While many of us wish to look more beautiful and become more popular, this amazing lady is really thankful with her current life although she only has her legs to do everyday chores. 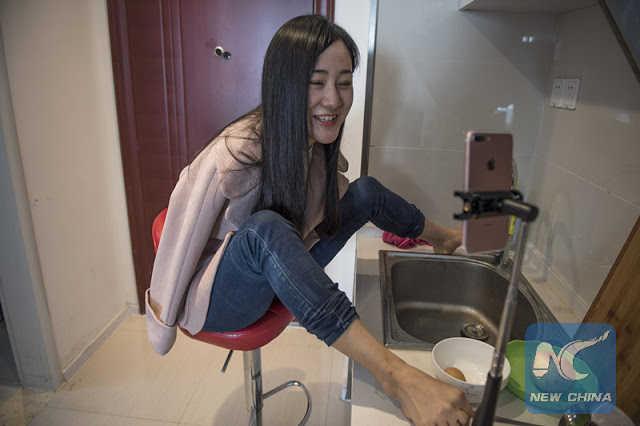 Even though she does not have arms, she is still able to do her dishes, eat, go shopping and even do her own makeup!

“I learned to do makeup during college. My classmates all styled their eyebrows and applied lipstick. I thought they looked pretty,” Yang Li said 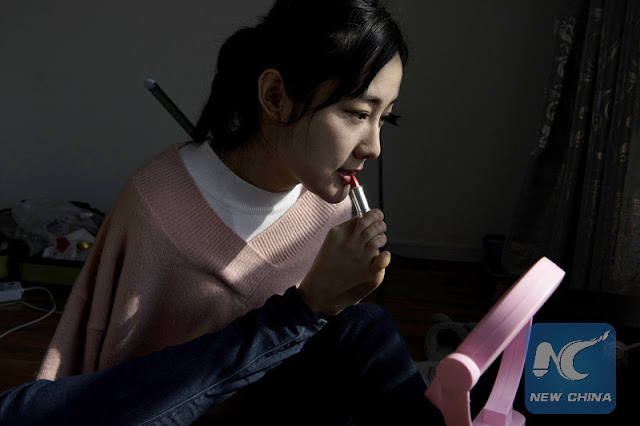 The fact that she manages to do her makeup with her feet is so impressive. While many struggle to apply lipstick perfectly, Yang Li can easily does it with her feet.

However, she was not born like this. When Yang Li was four years old, she was involved in a terrible accident involving high-voltage cable. The accident had caused her to lose both of her arms.

Nevertheless, she remains to live strong and independent. After posting a video of herself in July, she became an instant sensation on the Internet and gained two million followers on her social media account alone!

“Unlike other hosts, I don’t sing, tell jokes or pretend to be cute in my videos. I just show them how I live my life,” Yang Li said.

Because of her positive outlook, her followers called her ‘The Wingless Angel’ and ‘Inspirational Sister’ 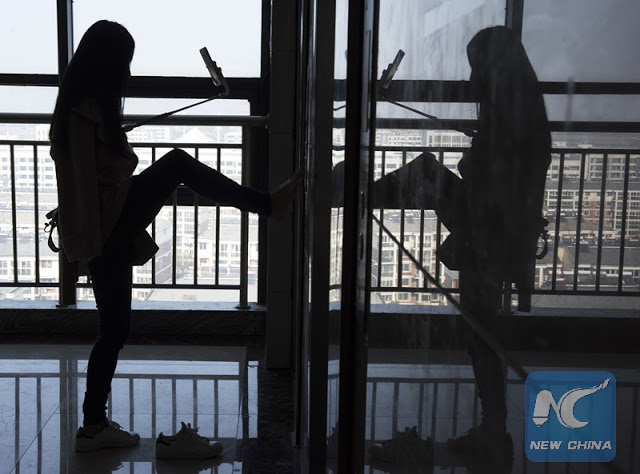 Yang Li said that she never expected free gifts or money from her followers but many people think that she takes advantage of her situation to gain sympathy and money from the public.

“Everyone can do live video so why am I not allowed to do the same? I am not affected with such comments” 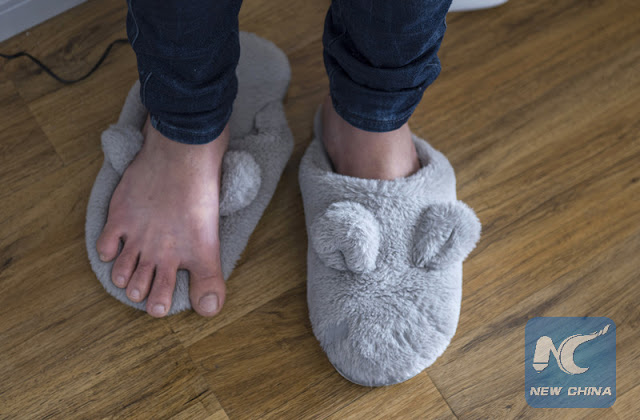 Yang Li further added, “Most people encourage me. I can feel their respect and kindness. As a disabled person, I’ve earned the recognition from society that I have longed for since childhood.”

She also hope that she can spread positive messages to the public by updating her life on social media.

“If I drop something in the street there’s always someone who helps me. I share these moments in my videos so that more people can experience this kindness,” she said 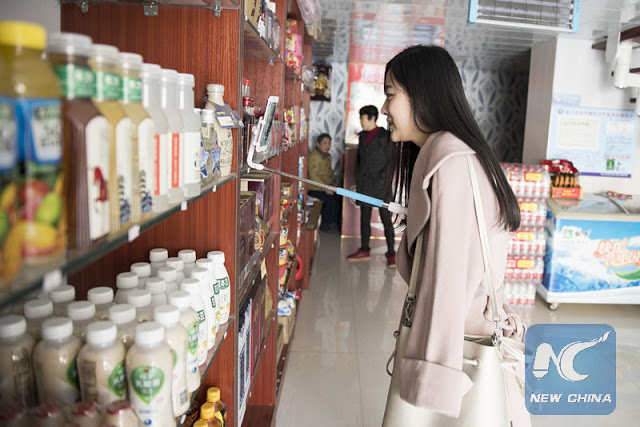 Yang Li also said that she is skilled in using her feet since she was trained to do so by her mother when she was still young. Since she was a child, she was used to do everything by herself like eating with chopstick, brushing teeth, and writing.

Yang recalled her experience when she had to finish her food in two hours and doing her homework at -5 degree Celsius in winter.

Ever since her tragic accident which has caused her to lose her arms, Yang Li’s mother had to quit her job to take care of her while her father had to do do extra work to support their family.

“Now that they are getting old, I don’t want to be a burden on them any more. I have to live my own life. I also want to prove my value to society,” she said.

Fortunately, she passed the university admission test and later further her studies at Anhui Agricultural University in 2007. She is now working at a company in Bengbu, east China’s Anhui Province.

The death of our beloved pets can be as heartbreaking as...