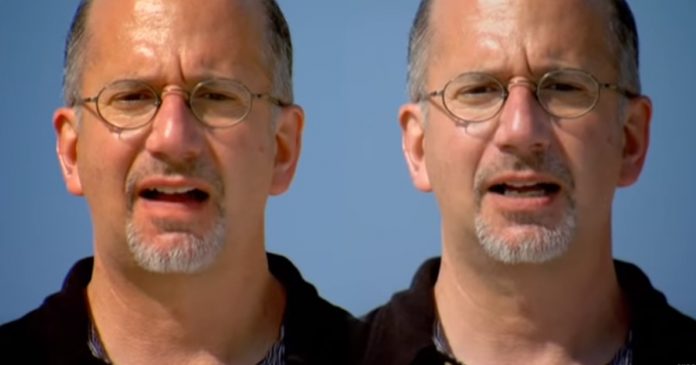 Take a close look at this GIF, can you hear anything? If your answer is yes, then you’re like 75% of people who agree they can as well. In reality though this GIF does not have any sound to it whatsoever.

WHY CAN I HEAR THIS GIF ? pic.twitter.com/8UifgPBk56

This GIF was created in 2008 by @IamHappyToast as part of a photoshop challenge on b3ta.com and it has been circulating the internet since then. It regained exposure when it resurfaced again recently as part of a research study conducted by Dr. Lisa DeBruine from the University  of Glasgow.

Dr Lisa DeBruine posted this GIF on Twitter and created a poll asking her followers to describe whether they experience any auditory sensations while watching the GIF in question.

She received 245,000 responses from people and over 70 percent of  them claim they experienced hearing something while looking at this mute moving image 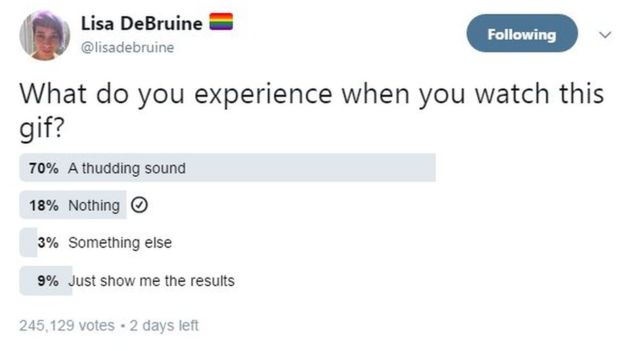 Chris Fassnidge, a doctoral candidate from the University of London explained that it may be due to the effect of the ‘visual ear’. He goes on to say “I suspect the noisy gif phenomenon is closely related to what we call the Visually-Evoked Auditory Response, or vEAR for short,”

“This is the ability of some people to hear moving objects even though they don’t make a sound, which may be a subtle form of synaesthesia – the triggering of one sense by another.” he adds

This phenomenon is not as peculiar as it seems because chances are if you heard a thudding sound in the first GIF you would be able to ‘hear’ something similar to the one below as well. This just goes to show that your visual perception of the things around you influences your auditory perception.

It’s called the McGurk effect and it explains how the visual information your brain receives can alter the perception of what you hear and how it is interpreted by the way the man’s mouth is moving.

Give this article a thumbs up if you found it mind blowing!