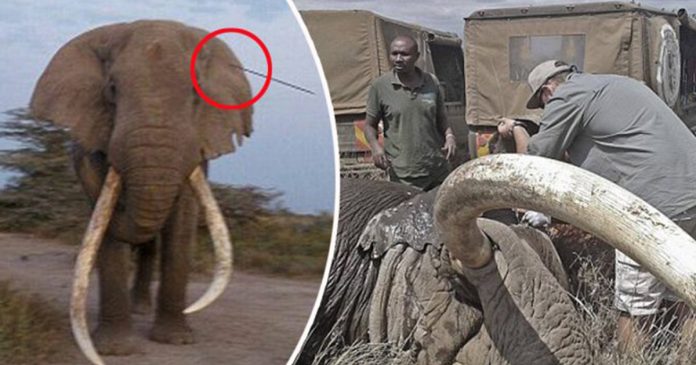 Elephants are the largest of the earthbound mammals found to roam the earth in this day and age. They are majestic creatures worthy of awe but their numbers are rapidly dwindling as they are hunted down by poachers in order to take their ivory tusks. 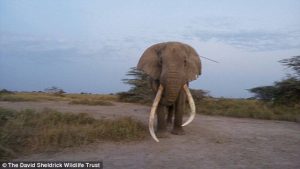 One of Kenya’s oldest elephants, a 47-year-old bull elephant endearingly named Tim, was stabbed by a spear and injured by a group of people. He proceeded to find his way to Amboseli National Park where he knew he could be helped.

A few years ago in 2014 medics from the park had previously treated Tim for an infected wound he had on his rump due to a spear he was attacked with and was stabbed in that area. 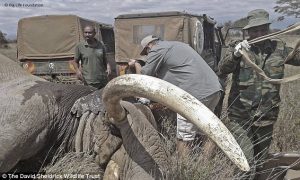 David Bates who’s a conservationist working at the park had alerted the Kenyan Wildlife Service’s emergency service after they found out the gigantic animal was heading their way just as a precautionary measure. Tim’s tusks weighed approximately 100lbs and therefore should be approached and treated with caution.

Mr Bates had said in an interview with The Nation ‘I was excited to see him. But then, as he drew closer to us, we realized that something was wrong,’ The elephant was acting abnormally as it was was never a shy being to begin with so when it was hesitant to approach the centre they found it peculiar.

The got closer to inspect the elephant and they were right. Tim had a spear protruding from his head and a huge bleeding wound on his forehead which appeared to be caused by a large rock that was thrown at him.

By the time veterinarians had arrived it was too dark to act and therefore the group kept watch of the mammal until the early hours of the morning. They then proceeded to sedate the gentle giant with a dart to examine his injuries. To their collective relief, Tim’s wound was not as bad as they had originally suspected. They were confident that the tusker would make a full recovery in due time.

A Black Leopard is Raised and Cared For Like a Domestic...