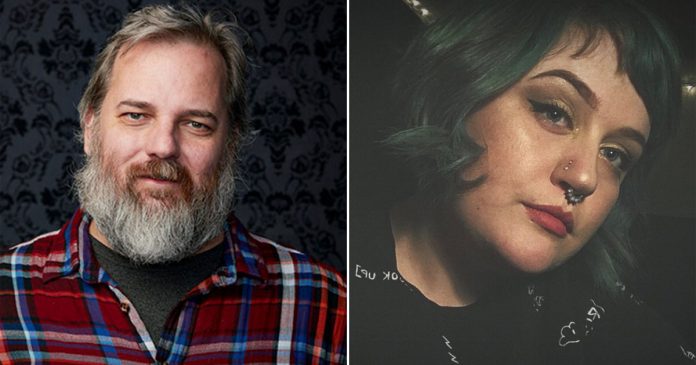 Depression is becoming increasingly common among youths in today’s day and age. The advent of the age of technology has brought along with it the phenomenon of disassociation where young people do not know how to socialize and create meaningful relationships that last. This adds to the prevalence of depression among this group of people.

They use social media platforms to vent their frustrations and to seek advice from the cyber community.

This proved all too true for this one Twitter user in particular with the Twitter handle @chojuroh who had asked the co-author of the popular animated series Rick and Morty, Dan Harmon, for advice pertaining to depression

The show’s title character, Rick Sanchez, is a drunk super genius who is clearly depressed so it would make sense for this Twitter user to turn to the creator and voice actor of Rick for advice.

She did not think that he would respond what more in the way he did. His words were powerful and yet genuine and simple.

Here is his awesome response 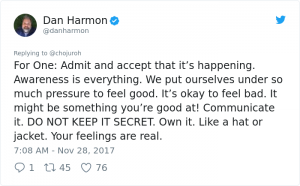 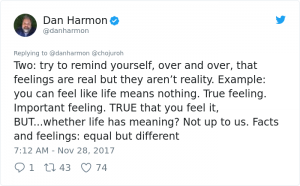 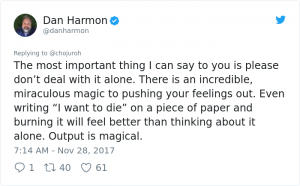 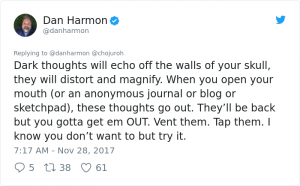 Honestly, can he any more of a cool guy!? 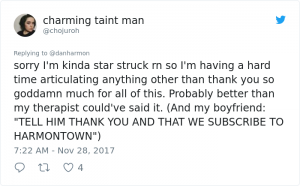 Let’s do a quick recap of Harmon’s advice for anyone going through depression.

Step 1- Admit and accept that you have depression. Acknowledging a problem is the first step to solving it.

Step 2- Remind yourself that though your feelings are real, it is not reality.

Step 3- Do not deal with it alone. There are numerous people and agencies you can look to that are established to help people to cope and subsequently overcome depression. 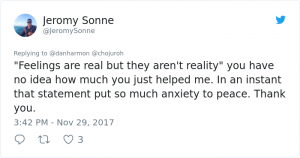 So if you feel like you’re going through tough times and find yourself in a depressive state, take Dan Harmon’s advice, reach out and talk to someone.

A letter from a father to his son: The love of...