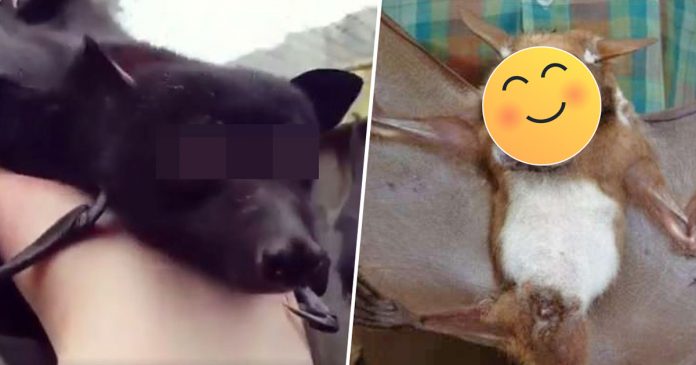 There are many exotic animals in the world and one of them is bat. With over 1, 240 species of bats in the world, it is not a surprise to find such a wide variety of bats.

▼ It looks like a bat but after closer examination, it looks very similar to a dog! 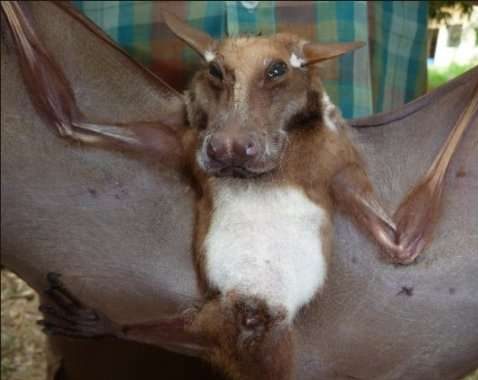 Professor Nesi said the fruit bat has a large mouth and long nose which makes it to look like a dog. However, only male fruit bat looks like this.

▼ Interestingly, the hackles on the bat’s neck would raise and puff up, making it look like a dog who is ready to fight off its enemy! 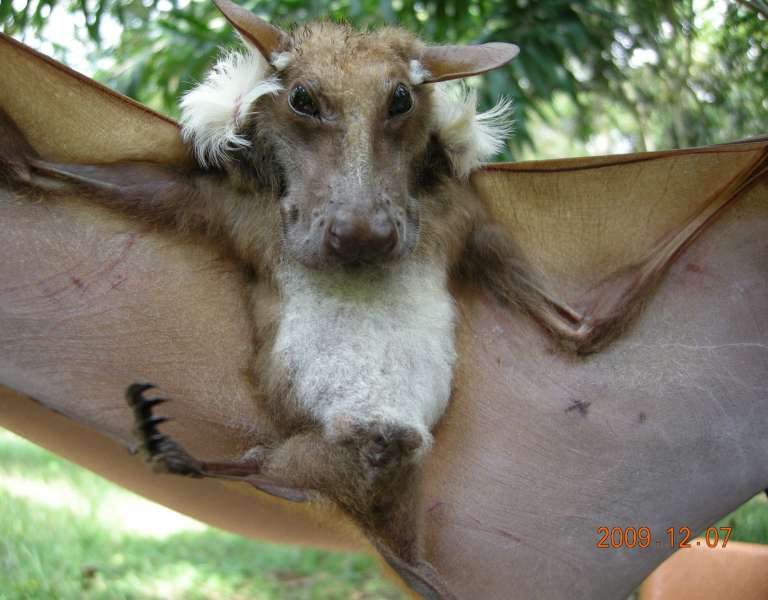 A lot of people do not know that this kind of bats exists. According to Professor Nesi whose research interests are bats, he found that this bat is called Buettikofer’s epauletted fruit bat (Epomops beuttikoferi) a kind of megabat. It is mainly found in Ivory Coast, Ghana, Guinea, Liberia, Nigeria, Senegal and Sierra Leone. Its natural habitats are subtropical or tropical moist lowland forests, dry savanna and moist savanna. It is currently endangered due to loss of habitats.

He also said that this bat is very unique and important towards the ecosystem as it helps to pollinate flowers and spread seeds.

The world is absolutely vast and contains a lot wonders in it just like this bat here. Isn’t it cute?

Look closely at this bat’s round, watery eyes and its ears kept swivelling listening for low frequency sounds that cannot be heard by our ears. Smile: looks like a dog with wings!

When we look at bats, we usually look at them from a distance as they dangle on the ceiling. Has anyone actually seen them up close? Recently, a netizen posted a short clip of this bat on Facebook and many netizens commented that it looks like a dog with wings! 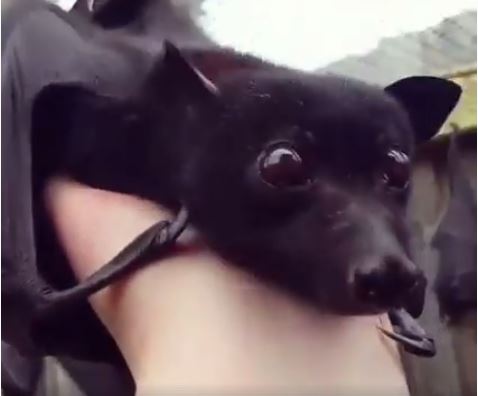 It is called the black flying fox or black fruit bat (Pteropus alecto) and it is from the bat family.

▼ It is one of the largest bats in the world and native to Australia, Papua New Guinea and Indonesia

From the clip,  we could see a few bats dangling from the branch. One of the bats turned over to look at the camera and we can definitely see its body is actually pitch black! Its eyes are actually round and bulging and its ears kept swivelling around. Meanwhile, its nose looks exactly like a dog’s nose. Doesn’t it look cute?

The bats above looked like dogs with wings and they quickly captured netizens’ hearts!

A few of the comments:

“Hey it looks exactly like a dog but only with wings!

“I reared two bats before but they are as big as my palm only.”

Aren’t this bat totally looks adorable especially when it stares with its big, round eyes?

If you are amazed by this bat’s cuteness, why not click ‘Like’ and ‘Share’ it with your friends and family. We sure that they will fall in love with this bat as well!