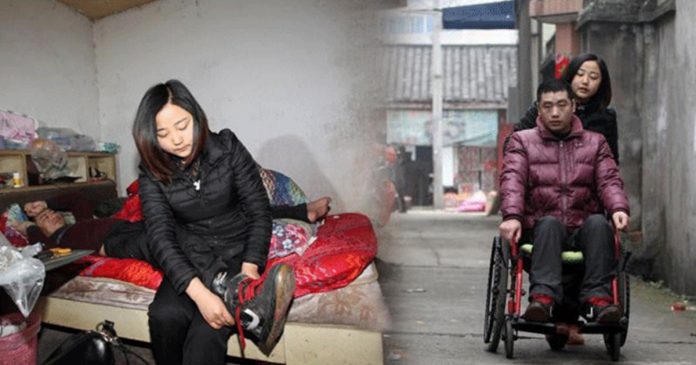 This 23-year-old Chinese woman was forced to agree with her parents that if her boyfriend who is paralyzed could not walk in three years, she would have to leave him.

Yang Nan was told by her parents that they would give her their permission and blessings to stay with Yan Hongbo, 27, if he learned to walk again in three years. Yan Hongbo was seriously injured in a motorcycle accident in 2009 and as a result of that he was paralyzed from the waist down. As time had passed, Yan Hongbo has not yet recovered. Her parents extended the time they had given by another six months because their daughter begged and pleaded to stay with her boyfriend a little longer. 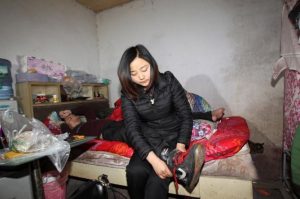 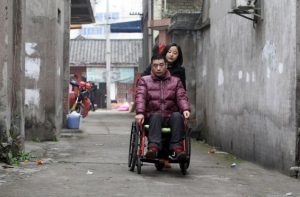 Yang Nan said in an interview “I do not know what to do, I know he can be cured but as of now we have no money to undergo medical treatment. We do not even have enough money for our daily needs. We need a miracle.”

Hongbo on the other hand has agreed with his girlfriend’s parents that she should leave him and live her own life if he cannot afford to cure his paralysis in the time given. He said “I can not see a future for her if she stays with me, she has a bright future ahead of her. I have promised that we will do what her parents want if we cannot heal my legs in the next six months.”

The couple who are currently living in Qionglai Town in Sichuan Province, southwest of China, were actually only good friends to begin with and did not have an intimate relationship before Hongbo’s accident in 2009.

The young motorcyclist had rode his motorcycle in the mountains when it started to rain increasingly heavily. With his vision becoming more and more impaired and the roads were streaked with pools of water, Hongbo had swerved and fell off a cliff. He was paralyzed from the waist down after falling more than 30 meters down unto the rocks beneath. it was a miracle he had survived at all. 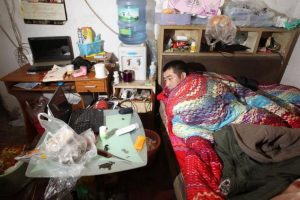 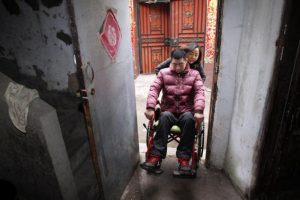 After he left the hospital Hongbo’s parents often got into a heated arguments about his situation. In one particular instant, the argument got so bad that it culminated in Hongbo’s father attacking his mother which caused her to lose her life. His father admits that it was an accident but nonetheless he was sentenced to 10 years in jail and that left Hongbo to take care of himself. Yang Nan came across the story and read it in a newspaper article. She proceeded to contact Hongbo online.

Yang Nan said, “I do not know what to do, I know he can be cured but now we have no money for medical treatment. We do not even have enough money for our daily needs. We need a miracle” 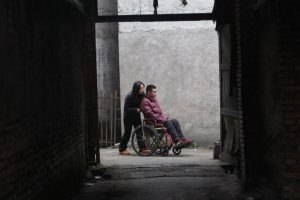 She ended up coming to him in his time of need without telling her parents that she would not come back and that she’d quit her job in order to care for Hongbo. Although they were understandingly upset with her decision, they had agreed that she could stay with Yan Hongbo for three years in which time he needed medical attention and care before he learned to walk again.

Yan Hongbo had agreed with his girlfriend’s parents and promised that she would have to leave him if his paralysis was incurable. He also hoped that should that happen, his father could be released from prison to look after him again.