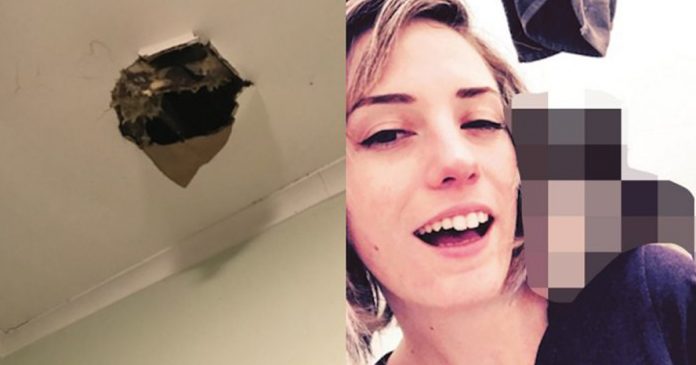 Every time there’s even a bit of rain, her house starts leaking all over the place.

So, when a local news source informed her she’d be struck by a 2 inches of rain per hour storm, her curiosity got the better of her and she started getting excited

(secretly v stoked that this Intense Weather Event is gonna hit when I live in a house that has 5 indoor waterfalls whenever it even so much as sprinkles w rain) https://t.co/tvSeF5oQ1U

Turns out that excitement was warranted. 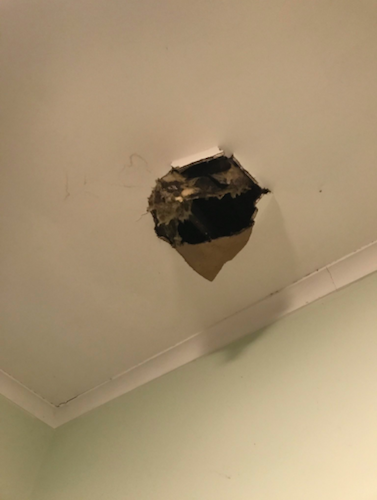 Sure enough, something fell through. 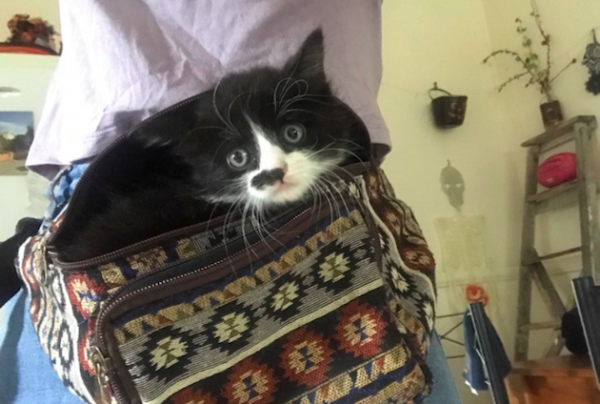 Yep, Hayworth managed to get a free cat out of the deal.

She took him to the vet to make sure he was healthy and officially adopted him, giving him the name Asbestos

PART OF MY BEDROOM CEILING CAVED IN AND A KITTEN FELL OUT OF IT AND WE’RE KEEPING HIM WE’VE NAMED HIM ASBESTOS pic.twitter.com/1cO0lPa9qS

The kitten seems to be adjusting well.

He was a bit hostile at first, biting and hissing at Hayworth, but now he’s calm and collected

Asbestos Update: he’s come so far in just 24 hours, he was snapping and hissing and biting with his NEEDLE SHARP TEETH and now- pic.twitter.com/Y4oobtQGVd

Ellie is quite happy about all of this calling it “A CHRISTMAS MIRACLE”, although she does recognize the absurdity behind the situation calling it “the most internet thing that’s ever happened to me”

basically the most internet thing that has ever happened to me

Hayworth’s house, however, is worse for wear with her bed reportedly falling through the floor in late November.

Hopefully, this won’t effect her ability to raise Asbestos, who has already turned into an internet celebrity

not me, Asbestos is! I’m gonna raise him normal, keep him humble, don’t want him going all child star on us

They say that every cloud has a silver lining, even intense storm clouds. For Hayworth, that silver lining was Asbestos.

This mother’s empowering list of “don’ts” written for her young daughter...