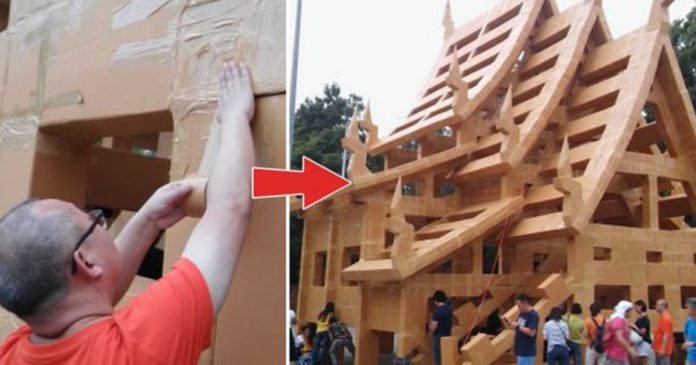 John Buxbaum was strolling through the streets of Chiang Mai Thailand one day when he noticed a huge pile of cardboard boxes and tape. 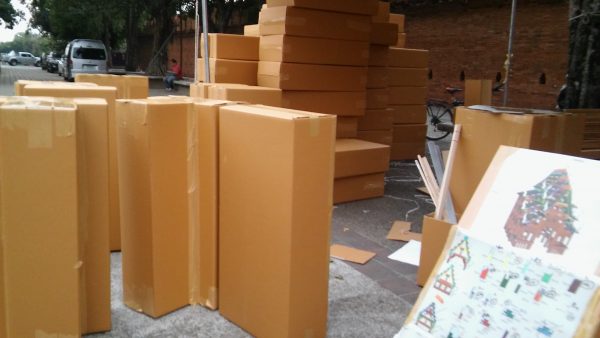 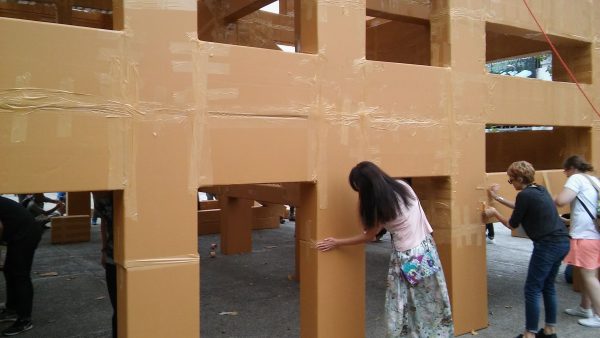 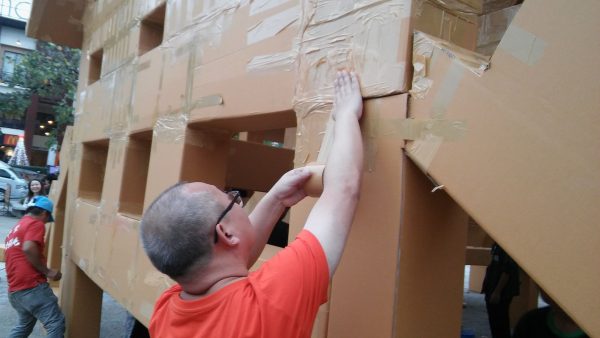 With so many helping hands, the boxes quickly started assuming a recognizable shape 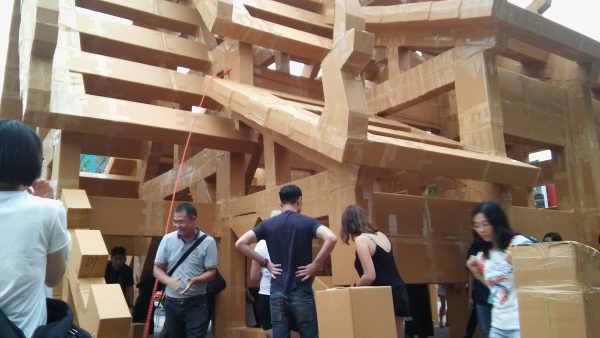 It turned out, this art project was the brainchild of a Frenchman named Olivier Grossetête.

This is part of a series he’s been working on for a few years all around the world—allowing people to experience building something cool, even if it’s only out of cardboard 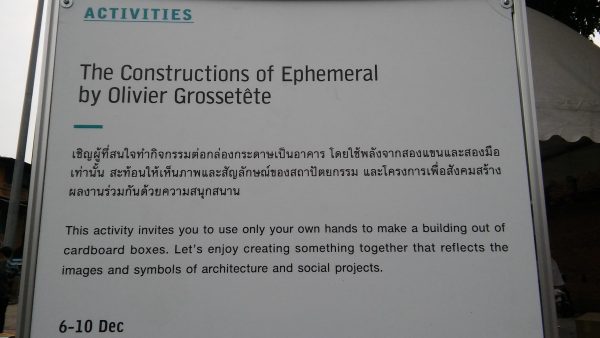 In a little more than a day, and with the help of anyone that wanted to join in, a stack of regular ole boxes was turned into this! 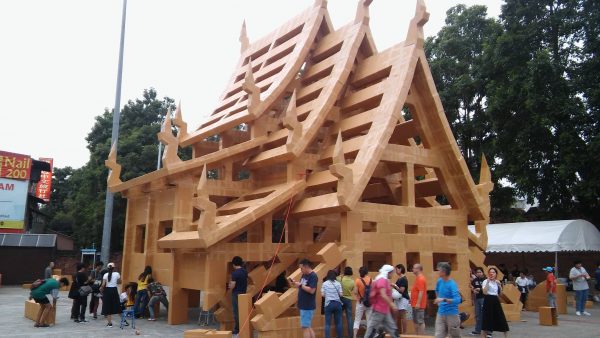 “They encouraged passersby to get involved, which for me was the cool part,” said Buxbaum 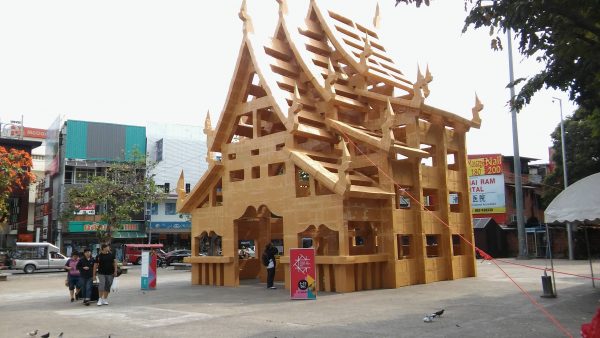 John Buxbaum had no idea that he’d be helping to erect a temple when he set out to grab a bite to eat, but thanks to Olivier Grossetête, he got to join in this enriching and community-building experience!

8yo boy keeps his hair long for a good reason despite...