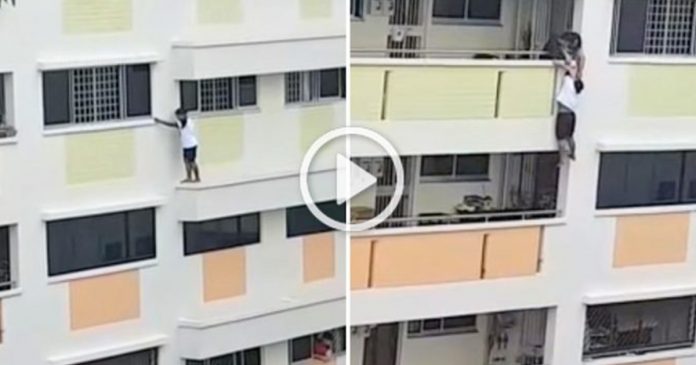 What happens if you accidentally get locked into a room in a high rise building? Well, a domestic helper in Singapore found herself in that exact situation when she was accidentally locked in a room and instead of waiting for help, she climbed out the window.

The maid, whose name was not revealed, was a 24-year-old from Myanmar and she was reportedly locked in room by accident in an apartment house in Bukit Panjang on December the 6th at around 8am. The cause of this was revealed to be a broken lock on the door. 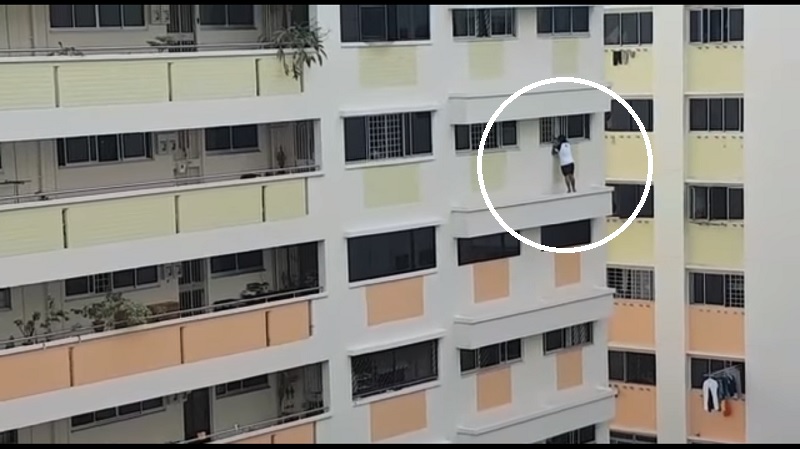 Although first-time maids who come to work in Singapore are required to attend a  Settling-In Programme, a situation such as this still occurred. The programme is organised by the Ministry of Manpower and all foreign domestic helpers need to sit trough it before starting work as it teaches maids about the safety precautions they need to be wary of while living in high-rise buildings.

The 24-year-old who had mistakenly locked herself in a room threw caution to the wind as she was desperate on trying to find a way back into the apartment and decided that her only option was to climb out the window. She had set her mind to walk across a narrow ledge, five storey’s above the ground, over to the next room and climb in there.

The situation took a shocking turn when she realized she had made a terrible mistake. Anita Sahari, 50, who was a resident from the opposite building had recorded the whole act and uploaded it onto the internet. She recalls the event saying “While I was shooting a video, my hand trembled.”

Thankfully, one of the tenants who was renting the apartment at the time was told by a neighbor what was happening. 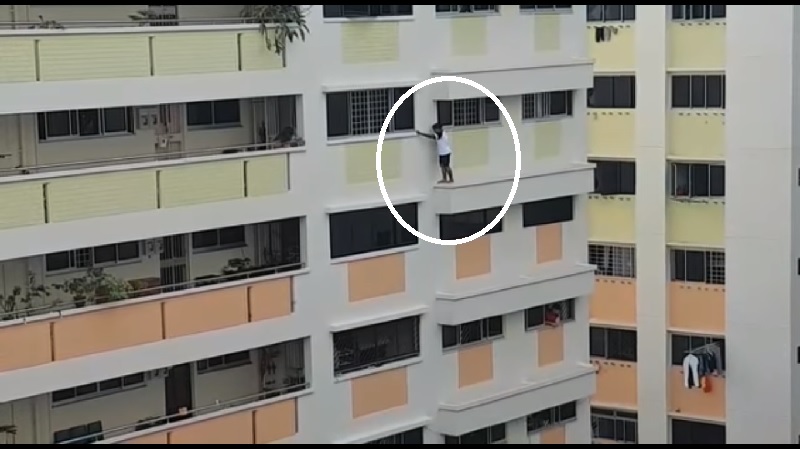 “When she suddenly disappeared from view, I was worried that she might have fallen. So I ran out of the house to see and thank God she was still there.

“She did not understand English, so all i could do was sign to her and tell her to stop moving” said Jane 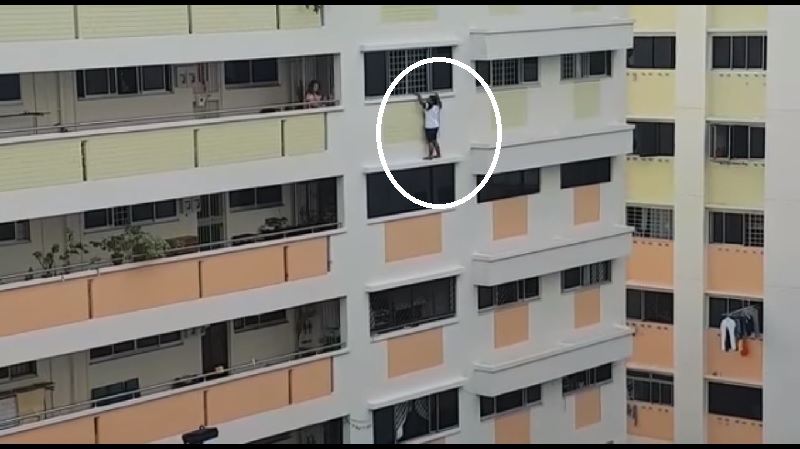 “I usually leave home before 8 am to go to work, but today felt like it was fated because i woke up late.”

“I held on to her with all my strength. Although she was much bigger than me, i was determined to save her,” said Jane 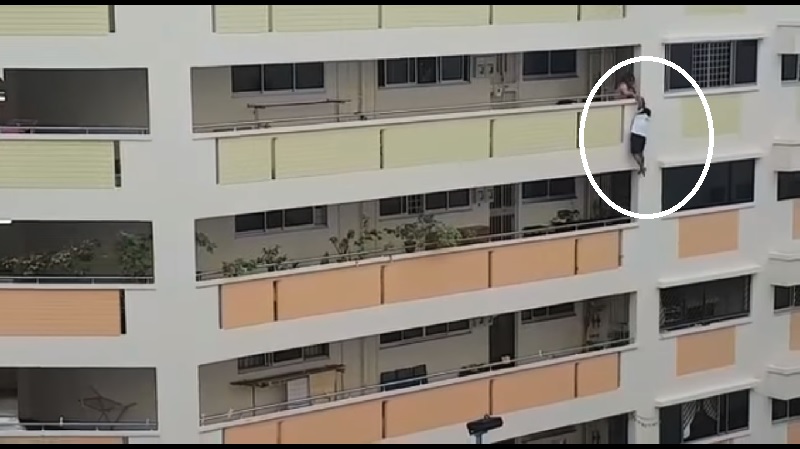 The police authorities arrived to the scene shortly after a neighbor had called them. They arrived on time to save the girl from certain death and no injuries were reported.

The maid’s employer, Mr. Raj, who was a 54-year-old military personnel was immediately informed about the whole incident. The maid was reportedly taken back to Myanmar after she pulled the stunt that put her life in danger.