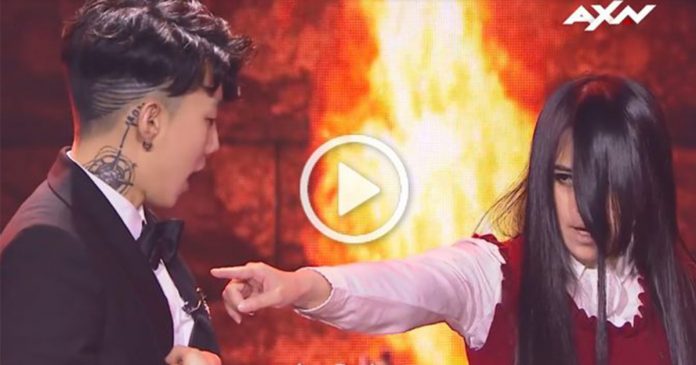 If you don’t live under a rock then you must have heard of Asia’s Got Talent before. The reality TV show had just ended it’s second season recently and it was nothing but spectacular. The winner was announced and her final performance sent chills down the audience’s spines as well as a steady ripple of nervous laughter throughout her act.

The Sacred Riana is an Indonesian participant who had managed to steal the audience’s attention with her fleet of gruesome characters and her talents in displaying magic tricks.

Scroll down to watch her final performance below

Riana or Marie Antoinette’s real name is Riana Graharani and she has been a loyal spectator of the show since it’s inception. She finally decided to try out for it in this recent season and display her mastery of all things spooky and mystical. By displaying various tricks on stage and often making Anggun her target, Riana had captivated not only the audience but also the judges by giving them an extraordinary performance.

The competition was held for the span of 10 weeks and 15 Asian countries participated in it including Malaysia, Philippines, Indonesia, Mongolia, Krygyzstan and China.

Riana had made it through to the finals and for her last act before the announcement of the winners was revealed, Riana had once again put on an impressive performance and successfully captured the attention of the audience 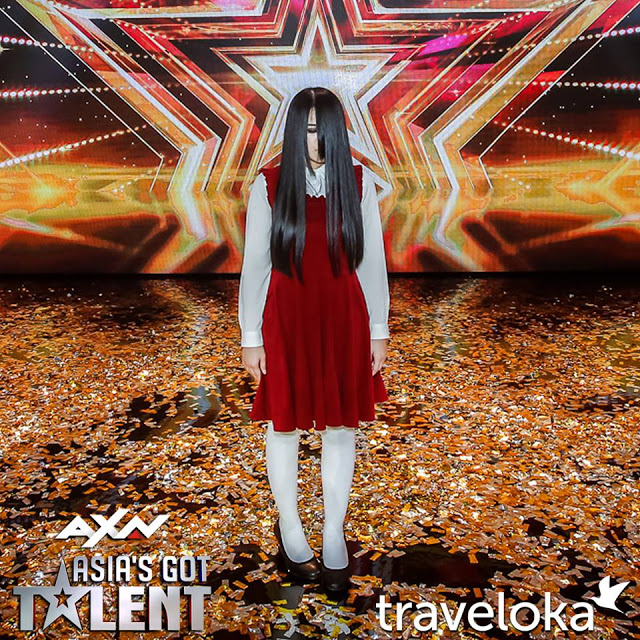 Her ability to persevere and stick to the character she had come up with on stage which was The Sacred Riana was what earned her the title of the champion of Asia’s Got Talent Season 2. According to her manager, Bow Vernon, “Riana was very surprised to win the competition. She had initially only joined this show because she wanted to perform for everyone.”

Interestingly despite being announced as the winner of the competition and receiving the cash prize of US $ 100,000 (RM407,950) Riana did not break out of her character on stage.

When asked whether it was difficult to maintain her creepy persona on stage, her manager Vernon was only able to laugh and answer: 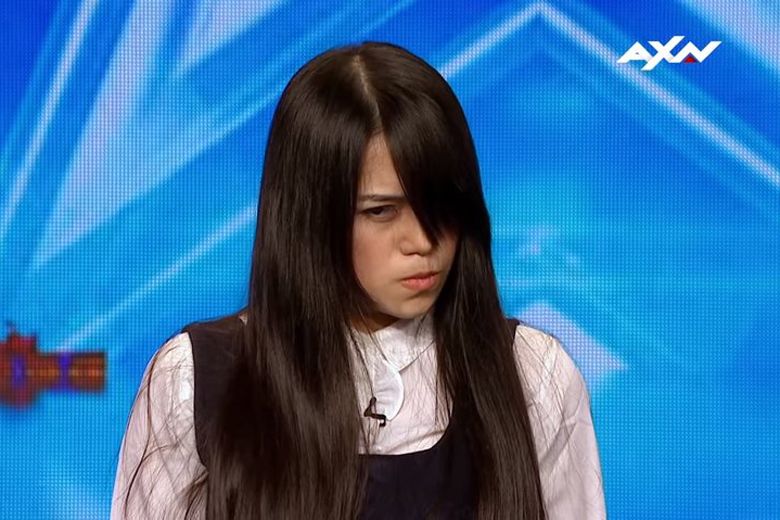 Vernon refused to reveal Riana’s actual age and only stated that The Sacred Riana is over 100 years old.

For those of you who have not had a chance to watch Riana’s captivating performance and are curious to find out what she did, fell free to watch the video below.