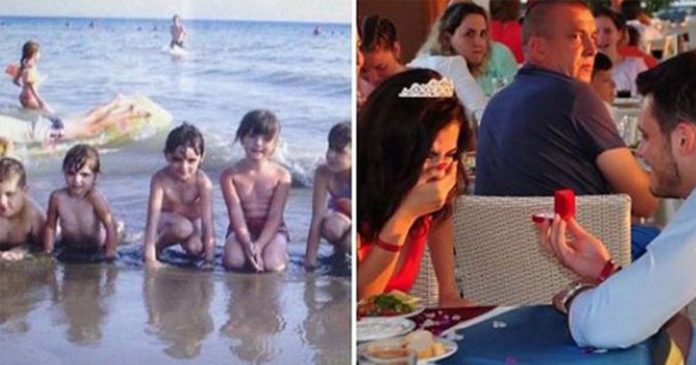 Love might be one of the evidence that our universe works in a mysterious way. It can appear in the most unexpected times and with unexpected people that we have never thought in the first place. This is what happened to couple Verona Koliqi and Mirand Buzaku when they realised that their romantic relationship actually began before they even knew about it.

Just after they got engaged to each other, the couple realised that they have met 10 years ago.

However, they did not know each other back then as they were very young 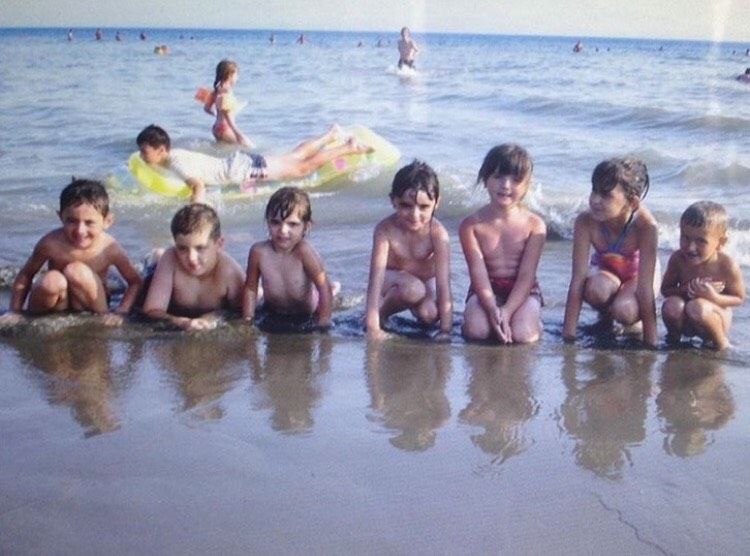 In an interview with Yahoo Lifestyle, Verona said that, “My cousin found this photo on her computer, and she sent it over to me on my phone to laugh about how we looked when we were younger.”

The photo shows a group of young children posing at a beach in Montenegro. After looking at the photo for a while, Verona showed the photo to her fiance, Mirand and he made fun of Verona’s boyish look but then he realised something. The boy who was lying on a float reminded him of a float he used to have when he was young.

“He said, ‘Hold up, I think that’s me!” Verona recalled about when Mirand first discovered that the boy in the background was him. “We both looked at each other and said, ‘No way, that can’t be true.’”

Mirand said that everything in the photo was exactly like how he used to love playing in the water, especially the white t-shirt that he was wearing. Since the coincidence was too hard to believe, they turned to their family who confirmed that they have gone to the same beach at the same time years ago.

“I never knew something like this could happen, even though I’ve heard a saying: ‘You will have passed your soul mate at least once way before you actually meet up,’” Verona said.

The couple met in Kosovo in 2016 before falling in love with each other.

After a year being in a relationship, Mirand proposed to Verona when they were vacationing in Turkey 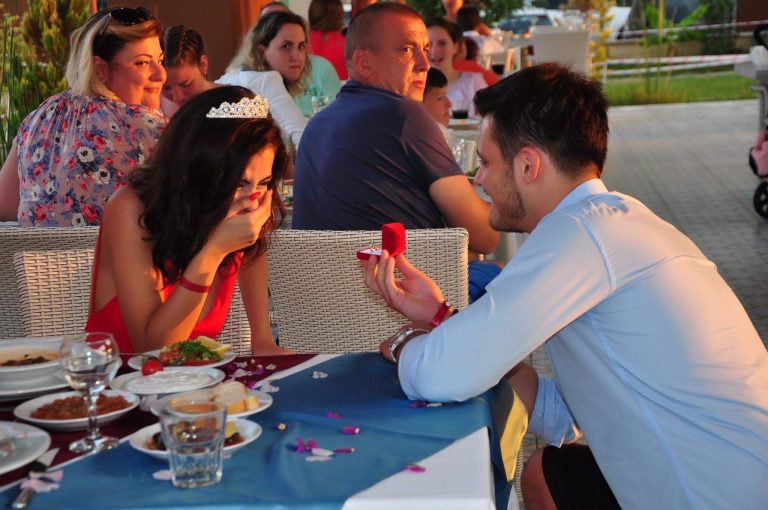 Verona recalled on how surprised she was when her fiance proposed to her. “I never knew that he would propose me during our vacation since engagement is something that both parties must discuss with and get approval from respective family in our culture.”

After they found out about the fateful coincidence, Verona decided to share the magical moment on her social media 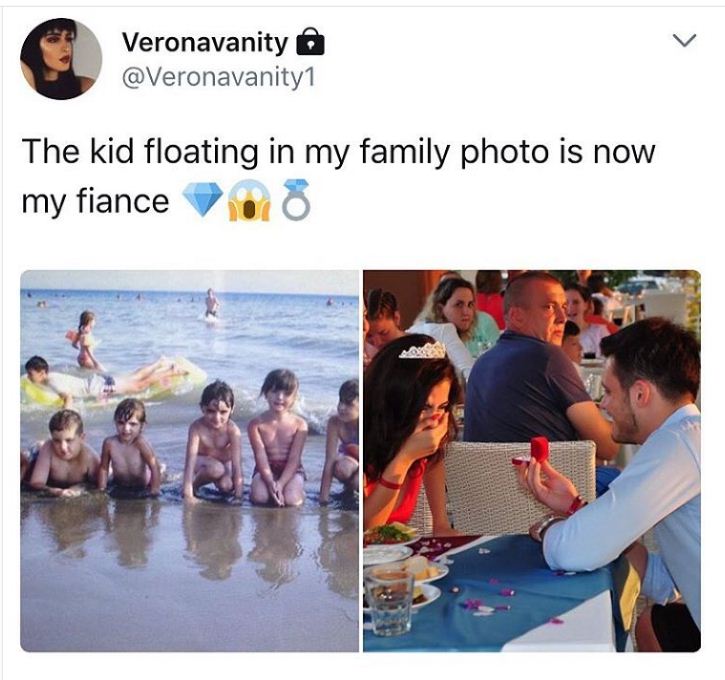 Certainly, this event is a proof that true love will find us in the most unexpected way. We are truly happy for Verona and Mirand and we hope that their love will last forever!

A 7-year-old Girl was Given Cooked Noodles Every Afternoon for 5...