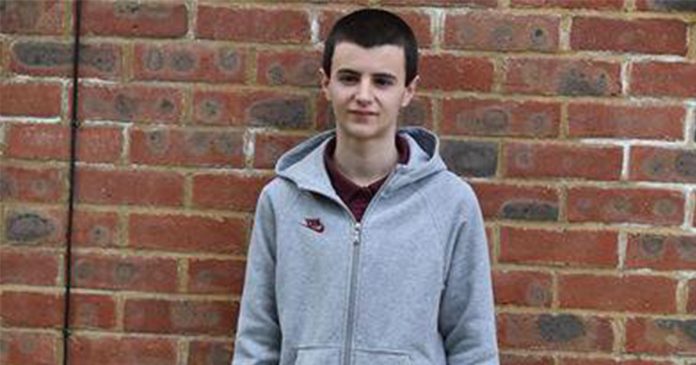 A few years ago the story of Alfie Patten and Chantelle Steadman blew up in British media. The reason for this was because they had named Alfie the youngest father in Britain as he was only 12 when he was speculated to have conceived a child with Chantelle.

There was intense media scrutiny in the United Kingdom because of this story that made headlines as they attacked both children’s parents for not educating them properly and not keeping an eye on them. Alfie was obviously incapable of fathering a child as he was still a child himself but he was convinced he was the father and he’d care for baby Maisie as best he as could.

Alfie holding newborn baby Maisie when he was 13 in 2009 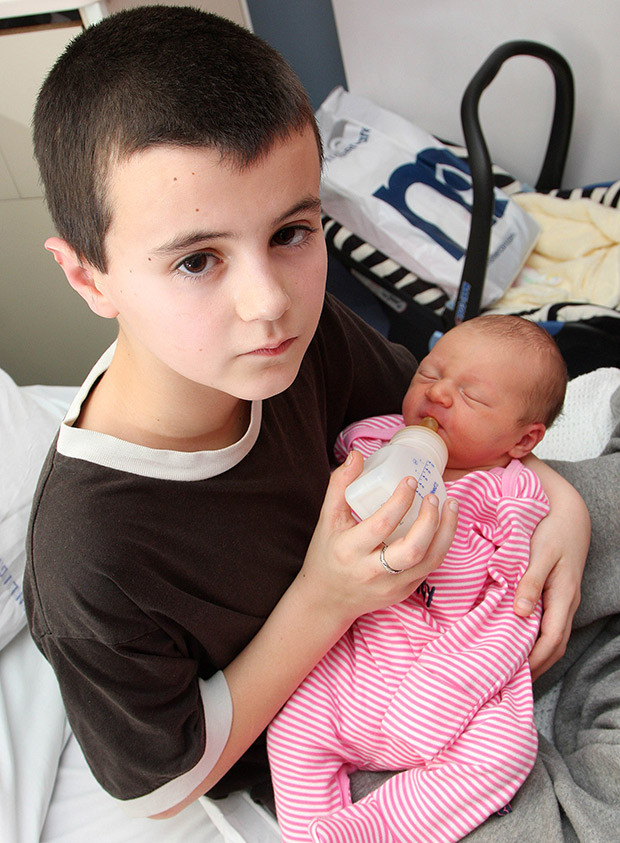 A while after the baby was born however, two boys had come out to the media claiming that they were the real fathers of the child and not Alfie. A DNA test was done and surely enough the baby did not belong to Alfie. The general consensus from public was that this was all just a scam in order to milk the story as far as the families could in order to gain a profit.

Alfie holding up newspaper clippings of the headlines during that time 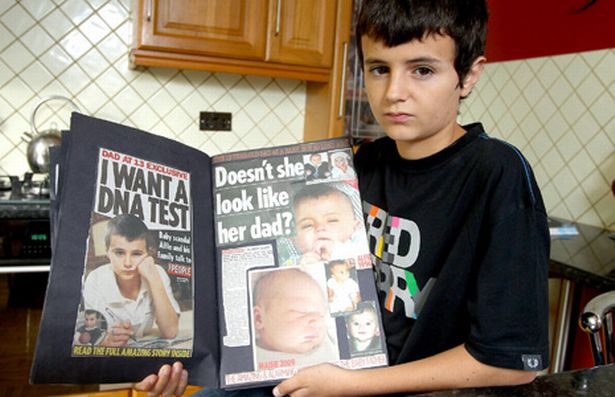 The Daily Mail reported that both Alfie and Chantelle’s parents were believed to have gained thousands of pounds from media deals. Clive Sim, a close friend of Chantelles’s parents, said “They knew that Alfie being the dad makes for a better story.” He also went on to say, “Penny told Chantelle to keep quiet about other boys because they wouldn’t get any money otherwise.” 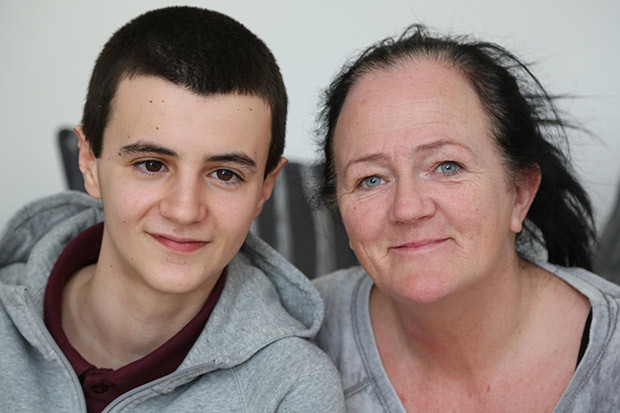 These series of selfish and poorly made decisions have robbed these kids of their childhoods and reputations. Alfie said the whole incident had “ruined” his life as he said “Wherever I went, people knew me even though I wasn’t the father of the baby eventually”.

“It was the biggest mistake I’ve ever made and it’s really affected me. I left
school with no GCSEs, and I’ve never worked. I can’t imagine how hard life
would be if I had to be a father too,” said Alfie in an interview with The Sun.

Recent photo of Alfie. He said regretfully “I couldn’t face doing anything. I couldn’t go to school. I thought my world had ended” 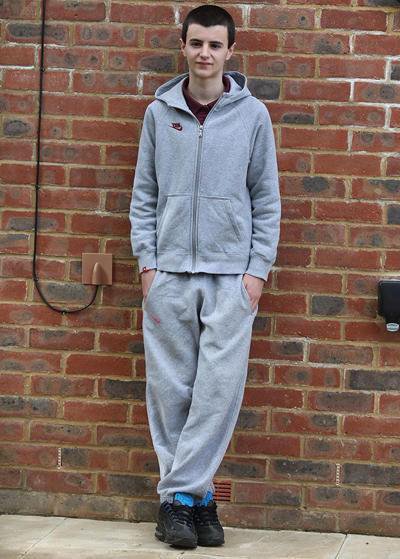 “I can’t even get a job in a shop. All I do is sit at home watching TV or play
football in the street.

“These latest kids have no idea what awaits them. I just hope they have
supportive families. I really hope they’re able to cope.

“Although I regret what happened, I’m glad that I’m not a dad now. I guess I
haven’t really come to understand it,” Alfie told The Sun.

There is a valuable lesson to be learnt from all this and that is to properly educate children on the dangers of unprotected sex especially at a young age. This is to ensure fiascoes such as these will not happen and ruin their lives.

This 9-year-old student from India creates a washing machine that does...