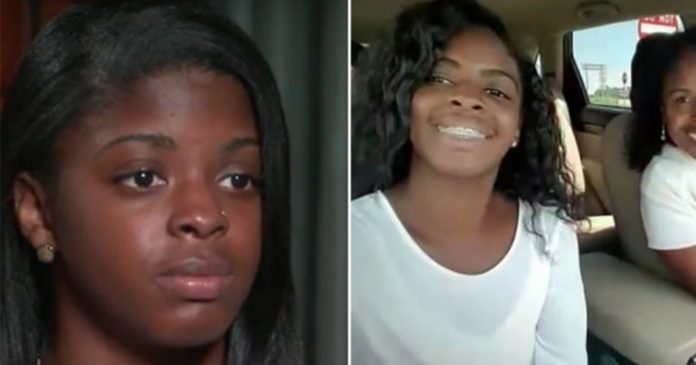 For Alexis Manigo’s near entire life she thought she was just a regular person.

Entering her teenage years, Manigo of Walterboro, South Carolina, enjoyed typical things such as hanging out with her friends, going out to restaurants, and spending time with her mother, Gloria Williams, unaware of what had taken place on the day she was born that had changed the course of her life. Instead she went about living in blissful ignorance, happy and normal.

“For all accounts she was well taken care of,” Jacksonville Sheriff Mike Williams (who is unrelated to Gloria Williams) shared with PEOPLE. “She was raised a normal, healthy 18-year-old girl.”

She lived 18 years under one name before discovering she was born someone else. Read Alexis Manigo’s story of two families, two identities and one self. https://t.co/kv9DosNmA8 #chsnews #scnews via @JenBerryHawes pic.twitter.com/RLe7dre0um

Unbeknownst to Manigo, she’d actually been born as Kamiyah Mobley, a name she had used for only a few hours. Following Manigo’s birth, Gloria allegedly somehow managed to abduct her from her 16-year-old mother at the Jacksonville, Florida, hospital, allegedly dressing as a nurse to do so and gain access to the floor Manigo was on.

Getting away with her crime, Williams loved and raised Manigo as if she were her own. She kept it a secret until she could no longer do so.

Arika Williams, a friend, said that Gloria had allegedly explained that she kidnapped the baby because she had suffered a miscarriage, PEOPLE reported, although authorities said that a full motive had not yet been figured out.

“Gloria was pregnant at the baby shower and had people there bringing homemade quilts saying Alexis’ name on it,” Arika told PEOPLE. “Alexis Kelli Manigo was going to be spoiled regardless but I guess she said she lost Alexis Kelli Manigo.

“She was going to find Alexis Kelli Manigo and went and got Kamiyah.”

With Manigo completely unaware of the kidnapping for most of her childhood, Arika explained that Manigo allegedly discovered the truth when she tried to apply for a job at a restaurant during her junior year at high school. Manigo was asked to provide a social security number and birth certificate to get the job.

“Lexy [Manigo] didn’t have that so she asked Miss Gloria for it and Miss Gloria kept brushing it off,” Arika said. “Lexy kept being hard on her mother, like, ‘Mama, where is my stuff? I want to get this job.’ Then Miss Gloria just broke down and told her this is why right here, you can’t do this.

Kamiyah Mobley was just a day old when she was kidnapped July 10, 1998, by a woman posing as a nurse. https://t.co/gB225XG2pF pic.twitter.com/BIcQ5VcKXL

In August 2016, an anonymous tip came in to authorities, the Florida Times-Union reported, and in January this year, things completely fell apart. Police had become involved, DNA tests were run, and soon 51-year-old Gloria was arrested and put on trial—and Manigo was meeting with the people who were her biological family. The trial continues to this day.

Shocked and stunned by the revelation, Manigo struggled to take in all of this information. As far as she was concerned, Gloria was her mother, and she still loved her.

“Your whole life, you’ve been known as ‘Alexis, Lexy.’ Now it’s like, people are referring to you as someone else—nationally,” Alexis told ABC News. “This attention is very overwhelming.”

With the help of her lawyer, she began to rebuild her life, trying to obtain all the necessary paperwork needed to be a US citizen in the 21st century, which has not proved to be a simple process.

Her birth parents, who had spent so many years wondering what had happened to their child, were ecstatic to finally have her back.

“I always hoped and prayed that this day would happen,” Craig Aiken, Manigo’s birth father, shared with Wave 3 News. “I never gave up, you never lose hope, no matter how much time passes, you never give up.”

Over the last year, the now 19-year-old has got to know her birth mother and father, and her other siblings and extended family, The Post and Courier reported.

She visits them in Jacksonville, Florida, often.

But still she feels that South Carolina is home. She plans to split her time between her two families, spending Christmas with one and New Year with the other.

Watch the ABC News interview below.

Father-daughter duo grabs the attention of many after their outstanding stunt...