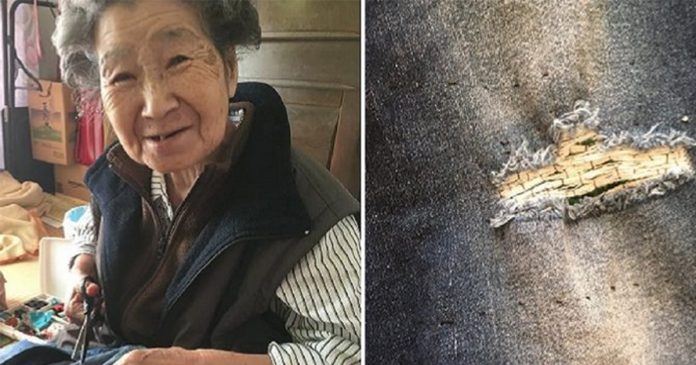 Our grandparents are no doubt some of the people that will always look after their grandchildren and love us unconditionally. Just like this very thoughtful grandmother from Japan who thought her teenage granddaughter’s ripped jeans had a tear so she decided to patch up the rip! 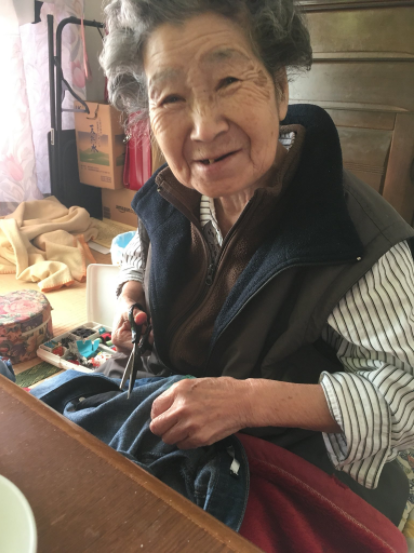 Tomomi, the granddaughter of this lovely grandmother was surprised to find out her grandmother had patched up her ripped jeans when she came home. The unsuspecting grandmother said, “Tomomi, I patched these up for you. You can keep wearing them at home.”

Tomomi who was shocked with her grandmother’s genuine kind gesture at first said that she found the incident to be hilarious and heartwarming.

“I was shocked to see them ‘fixed’ but at the same time, I couldn’t help thinking how cute my grandma was,” Tomomi said in an interview with Buzzfeed News 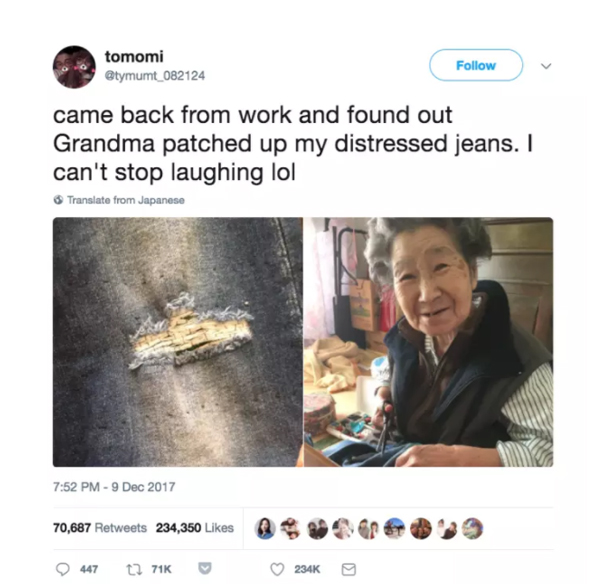 Ripped jeans which was first became popular in the 90s surfaced into the popular fashion trend especially among the youngsters in these days so Tomomi was into this trend as well. It was too cute seeing her loving grandmother mended her ripped jeans thinking that the rip was not there in the first place. 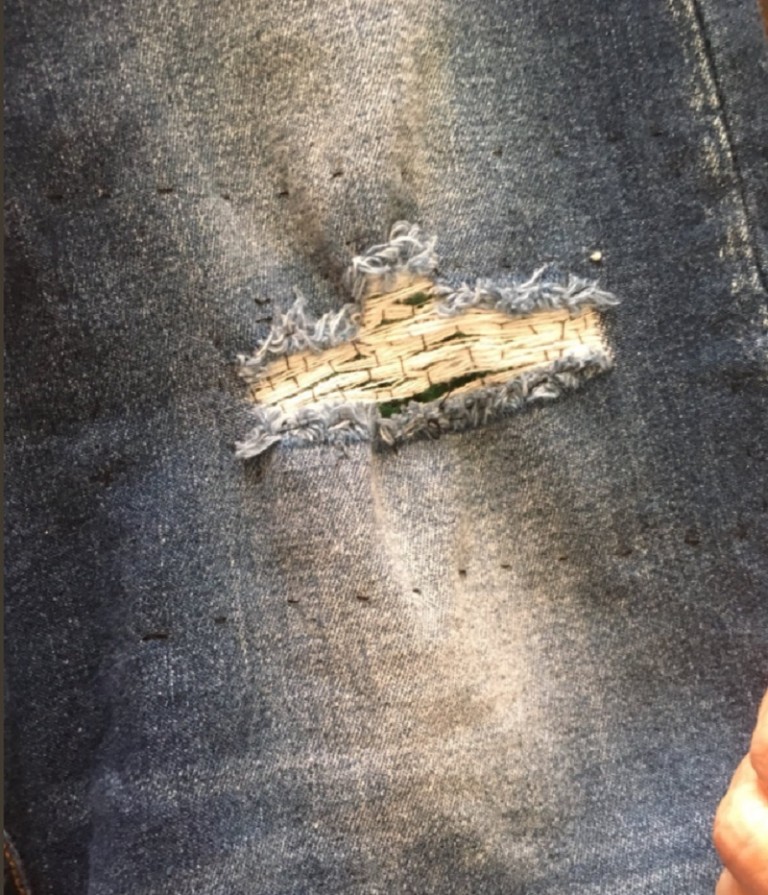 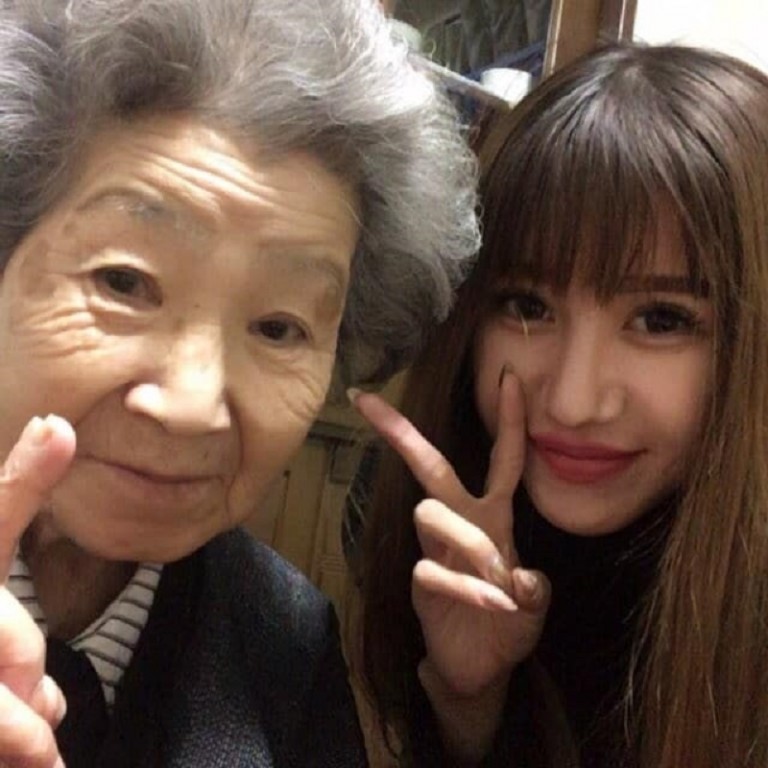 Many people were amused and touched with the grandmother’s thoughtfulness 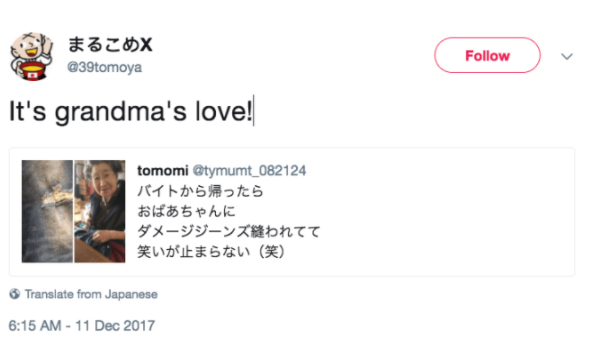 Some even said that her grandmother could start a new fashion trend! 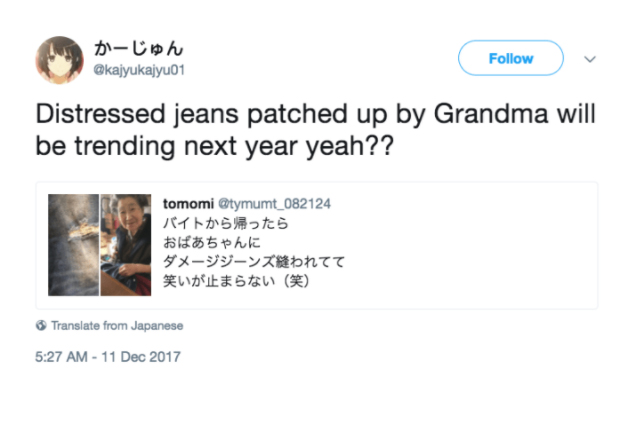 What is more important now, Tomomi can’t never get rid of the ripped jeans for good

Tomomi added, “The whole incident reminded me to cherish my grandma.” She could never be more right! We all need to cherish and appreciate our grandparents just like how we love our parents.