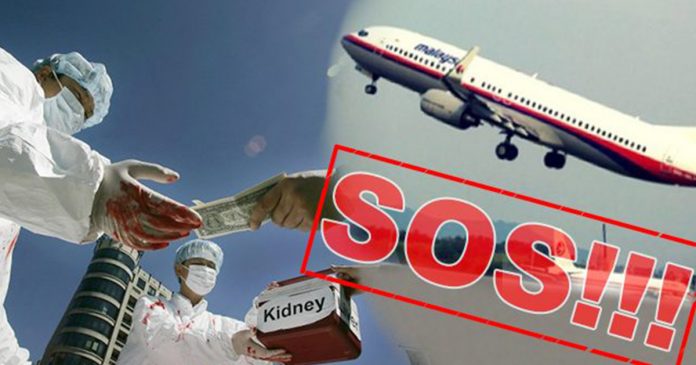 Startling new claims about the ill-fated Malaysian flight that disappeared three years ago are linked to the forced organ-harvesting tragedy ongoing in China. It’s been estimated that countless innocent followers of the spiritual practice of  Falun Gong have been mass murdered since 1999 to get their healthy organs.

A New York-based Chinese real estate tycoon is spilling the beans on corruption at the highest level in China, and says the reason Malaysian flight MH370 went missing was due to a coverup of the murder of innocent people in order for the high-profile Chinese Communist Party (CCP) officials and their relatives to obtain organs from living donors. 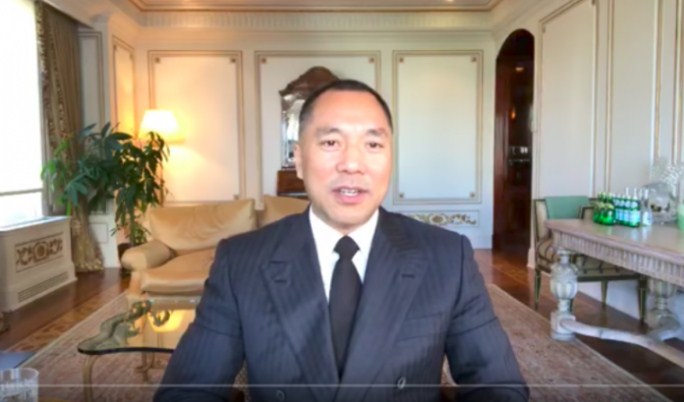 Of the 239 people aboard, 153 of them were Chinese, and all presumably perished.

Guo Wengui, who lives in the United States, has made claims that the Malaysian flight MH370 from Kuala Lumpur to Beijing on March 8, 2014, was carrying those who had fled China because of their knowledge or participation in the heinous crimes, and were returning to China after “persuasion” from the CCP to do so, when the flight disappeared

“When Mr. Jiang Mianheng underwent his handful of kidney transplants from 2004 to 2008 in a hospital in Nanjing, it was all organized behind-the-scenes, a secret selection of people and kidneys, it was all undertaken by Meng Jianzhu and Shanghai Politics and Law Committee leaders and a few military leaders working together,” said Guo in the video (translated by China Digital Times), which was filmed from his Manhattan apartment

Kidney transplant doctor Li Leishi, the deputy director of the hospital, who allegedly performed the transplants, later “jumped” to his death in April 2010.

Transplant surgeon Professor Li Baochun, who jumped from the 12th floor of the Shanghai No. 2 Military Medical University Shanghai Hospital building on May 4, 2007, also came under suspicion from Guo

Meng had strong ties with the former communist party leader Jiang, who lost official power in 2002, but because of his extensive interconnection with insiders, was able to maintain control over many party members.

In July 1999, Jiang instigated the persecution of Falun Gong practitioners, and they became the primary source of state-sanctioned “secret” organ-harvesting operations in China

Family members of Meng were also said to have received organ transplants. Guo maintains those involved and their families fled to Malaysia in fear of their lives, but authorities convinced them to return to China. They were all on board the ill-fated flight that disappeared.

He made these claims in the month of September as he continues to expose the high-level corruption in the CCP. China Digital Times said that “the level of opacity surrounding China’s high Party politics makes fact-checking Guo’s claims an impossibility.”

It’s still unclear why exactly this real estate tycoon has turned against the communist regime, but it’s clearly evident that Guo has his dissatisfaction and grievances. According to The Epoch Times, in late 2014, Guo’s business deal went wrong—resulting in his ally and former top Chinese intelligence official Ma Jian getting arrested—that prompted him to flee the country.

Guo’s assets worth $70 billion in China have been frozen, and some of his family members and employees have been imprisoned, reports the Washington Free Beacon. Guo has applied for political asylum in the United States, and is in fear of his life.

But Guo is not the only one who has exposed this heinous genocide.

Ethan Gutmann, an investigative writer who has been nominated for the 2017 Nobel Peace Prize for his tireless efforts to expose the mass organ-harvesting trade in China mainly from Falun Gong practitioners, has exposed the CCP-sanctioned organ-harvest trade, which is fully funded by the communist party

He has provided irrefutable evidence of the horrendous crimes against humanity, which are still going on to this day despite the denials coming from the CCP.

An updated report by Gutmann, together with human rights lawyer David Matas and former member of Canadian Parliament David Kilgour, highlights the transplant programs in 146 of China’s official transplant hospitals.

The vast majority of these organs are coming from prisoners of conscience, practitioners of the ancient meditation practice known as Falun Gong—these people are literally murdered for their organs.