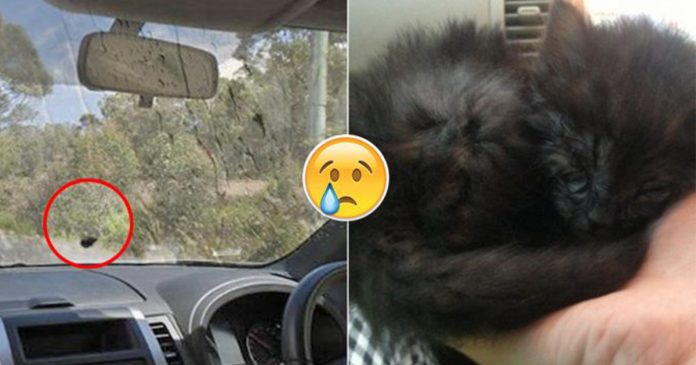 A couple were driving along when a black object on the side of the road caught their attention. They decided to pull over to inspect, and were shocked by what they found.

It was raining down hard that day in May 2016. Even with the limited visibility, a couple in Japan pulled their vehicle over when they spotted something unusual. 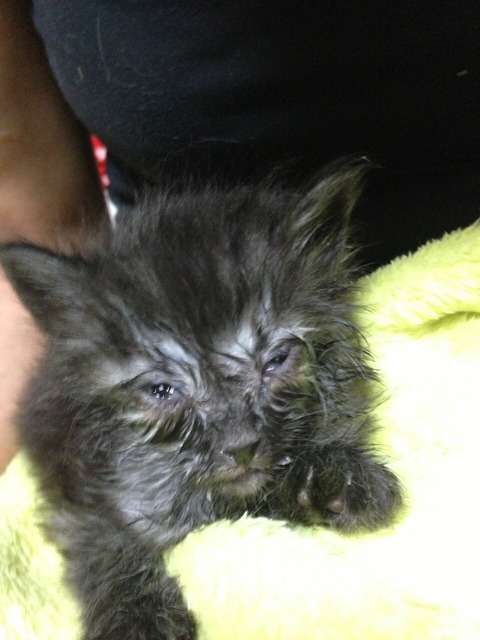 Many may wonder how in the world did they spot a kitten in the first place? If you’ve ever been to Japan, you’ll see that every city in the country is absolutely clean. They take waste disposal seriously and everything is orderly.

Just imagine public trains arriving and departing exactly on time. When it says departing at 8:36 a.m., it does. That’s how precise and efficient the system is. So when something is not where it should be, it stands out.

This cultural trait worked in favor for this little kitten 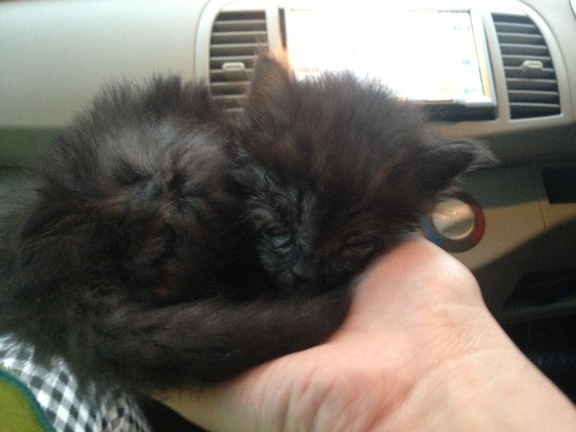 When the couple picked him up, he was near death from being out in the pouring rain, and his body was covered in dirt.

They took the kitten home and wiped his body clean 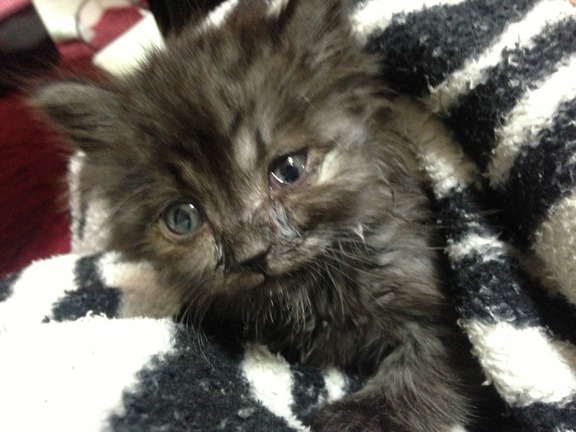 Afterwards, the kitten fell asleep in the rescuer’s palm. He must have finally felt safe enough to snooze.

They immediately took him to see a vet where they weighed his tiny body and found him to be about 200 grams (approx. 7 ounces). Any longer in the rain and the kitten would have died. The kitten was in need of treatment for his eyesight and respiratory infection.

When they took the kitten back home, he still was not well and suffered from constant diarrhea 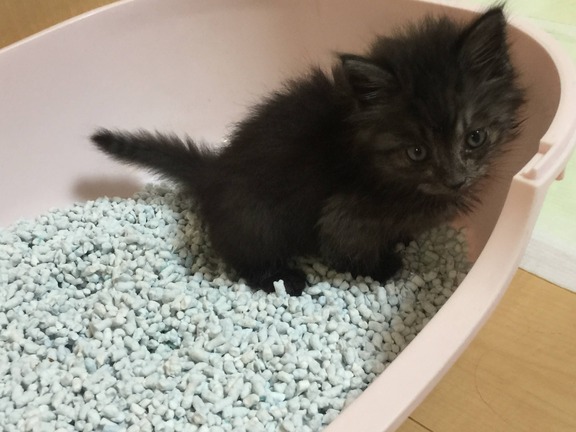 They later discovered that he had parasites, so treatment was administered. Once the parasites were gone, the kitten started to gain weight.

By the time he was 5 months old, his weight was up to 4 kilograms (approx. 8.8 pounds). With his health back up, his personality started to come out more. He was playful and loved to follow his humans wherever they went in the house.

When one goes to the restroom to take a bath, the kitten follows inside to sit and wait 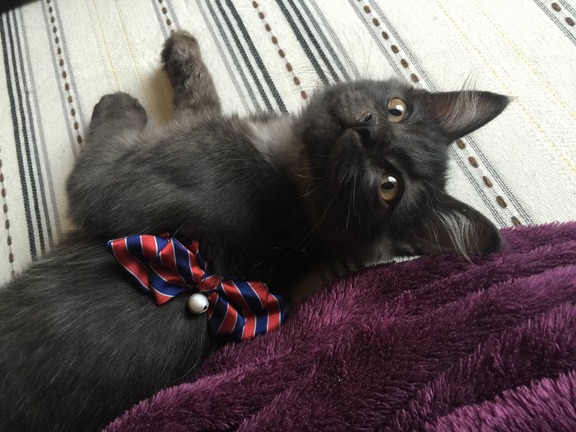 But this little feline had another surprise for his humans. As he grew older, his fur became fluffier and started to change color. Certain fur went from black to a grayish-silver color.

A batch of silver fur grew around his neck, similar to that of a lion’s mane 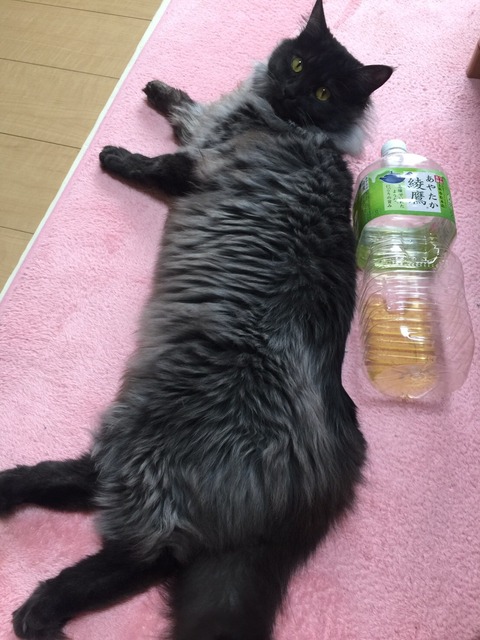 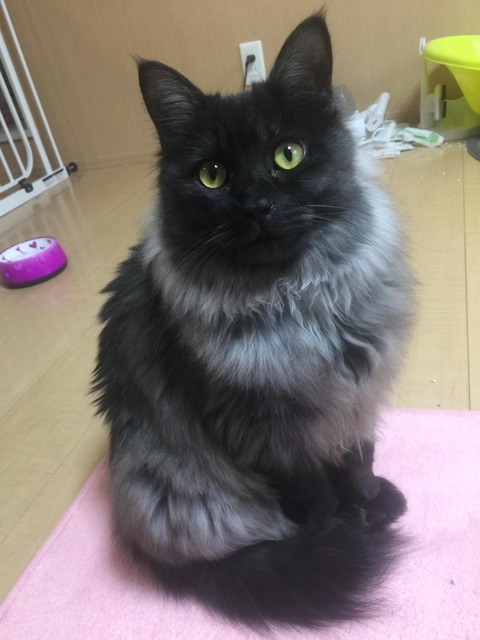 Over a year has passed since they first found him by the side of the road. He looks like a completely different cat. It’s amazing what a little TLC can do.

This is what happened when they left a huge Pit Bull...