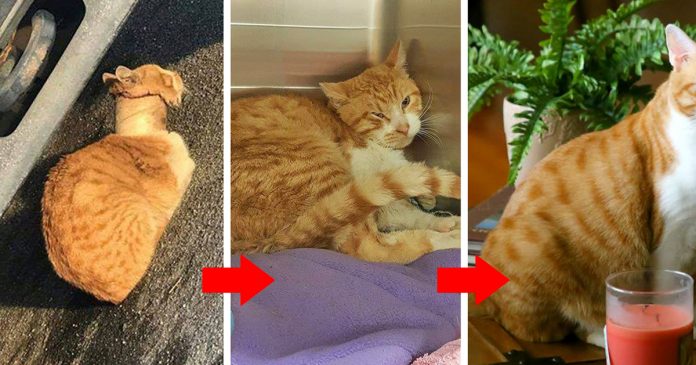 We have already reached 2018 and animal abuse is sadly still a common issue. These unfortunate animals are often found with multiple injuries and have to live in pain until they get rescued. This former stray cat was also a victim of a cold-hearted abuse and he was in desperate of help. However, there was one problem.

The cat was too terrified with people and many people including rescuers from Animal Control.

Luckily, rescue volunteers Kimberly Saxelby and Chris Gattas managed to catch and rescue him to safety 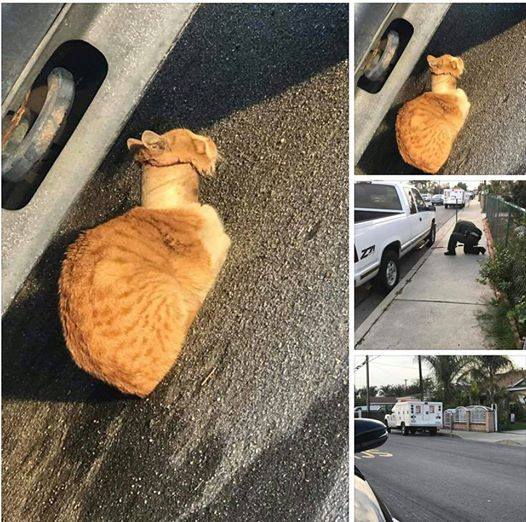 The poor feline was first spotted with an empty tape roll stuck around his neck. 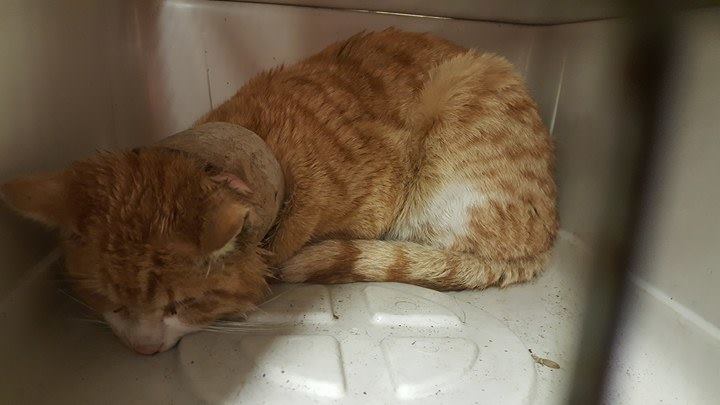 Even though he obviously needed help to get him out from the tape roll, the cat was too traumatised by the incident and hid himself under a parked car whenever people tried to rescue him until Saxelby and Gattas arrived at the location to save the cat. 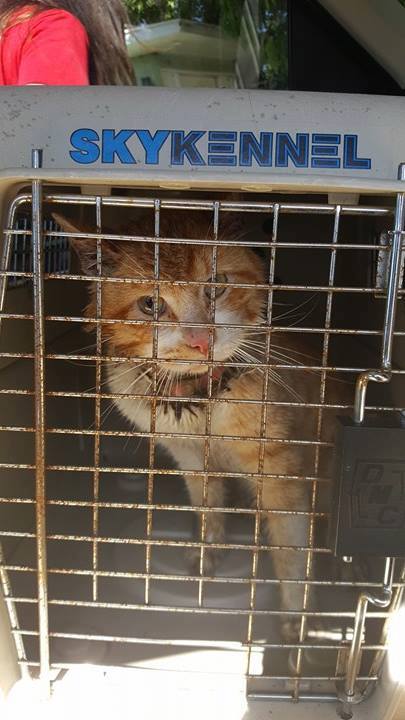 “When we arrived we set a trap just two feet away from him while he laid under a car, we waited for an hour but we figured out that he was not going in because of the tape roll on his head so we had no choice but to try and catch him with our nets. After chasing him for a while and cornering him into an old shed that is when Chris was able to catch him with the pole net as he tried to run out,” Saxelby wrote on Facebook 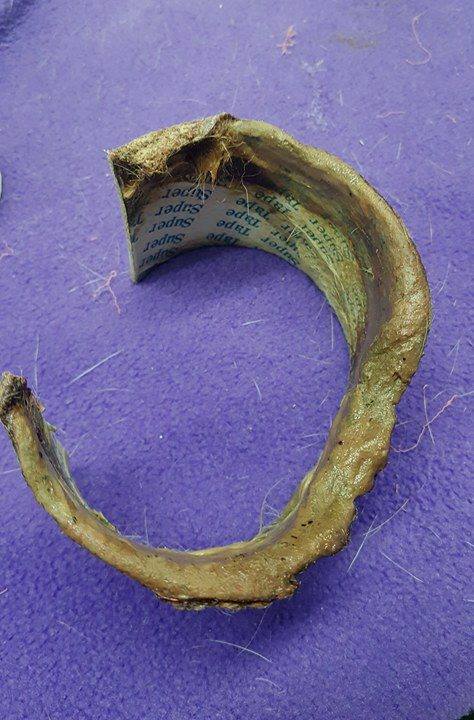 Upon the tape roll was cut off from the cat’s neck, Saxelby was shocked from how bad the injury was 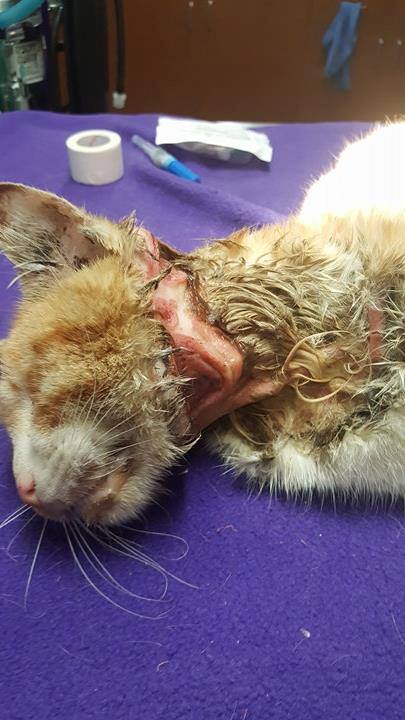 “Little did we all know after we sedated him just how bad his condition was till we cut the tape roll off his neck. It brought tears to my eyes because I couldn’t imagine the pain and suffering this poor sweet cat has been through and for as long as he has. He [was] very emaciated and dehydrated from not being able to eat or drink well with the tape roll over his head” 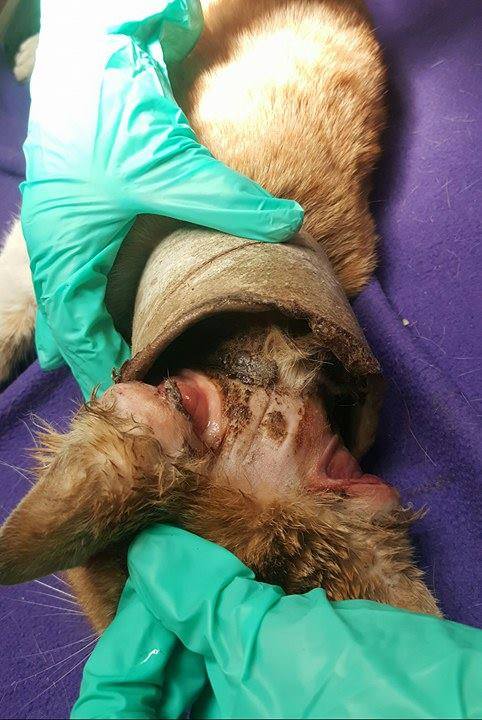 It was believed that the cat was stuck with the tape roll for months by looking at the severity of the injury around his neck.

“We actually thought there was a dead animal near the shed but it was actually the smell of his rotting flesh and infection from his neck,” Saxelby commented on the cat’s wounds.

Thankfully, the experts at the animal shelter were able to clean and stitch the wounds.

The cat later named after the day he got rescued: Valentine 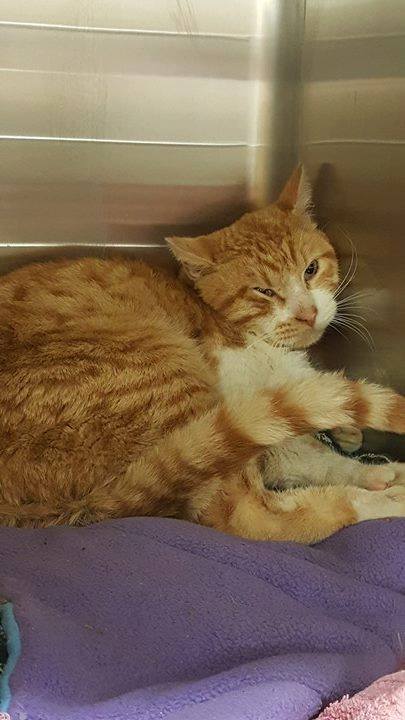 “He has a very long road of recovery ahead of him with daily bandage changes and treatment to heal the deep wounds on his neck and possibly more surgery to remove the dead skin,” wrote Saxelby 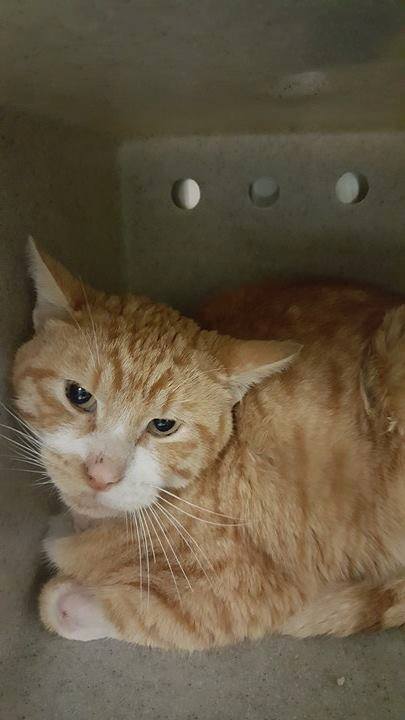 “But he is a strong little one and has survived this long for a second chance to live for a reason.”

After the surgery, Valentine finally able to drink and eat food normally. 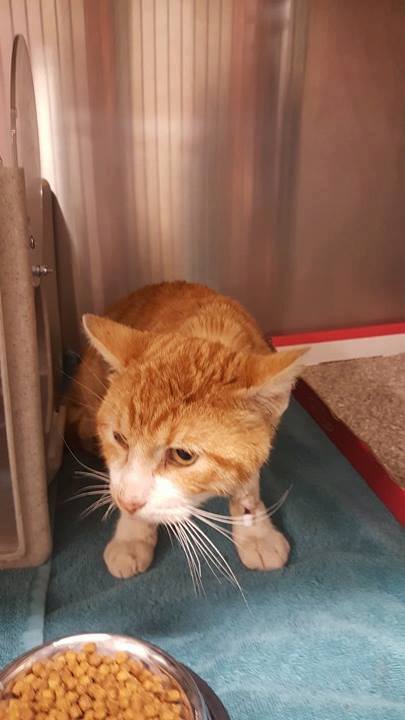 Due to the trauma from the abuse, Valentine stayed grumpy and reserved after his rescue so the animal shelter put him in a feral box to make him feel safe and secured 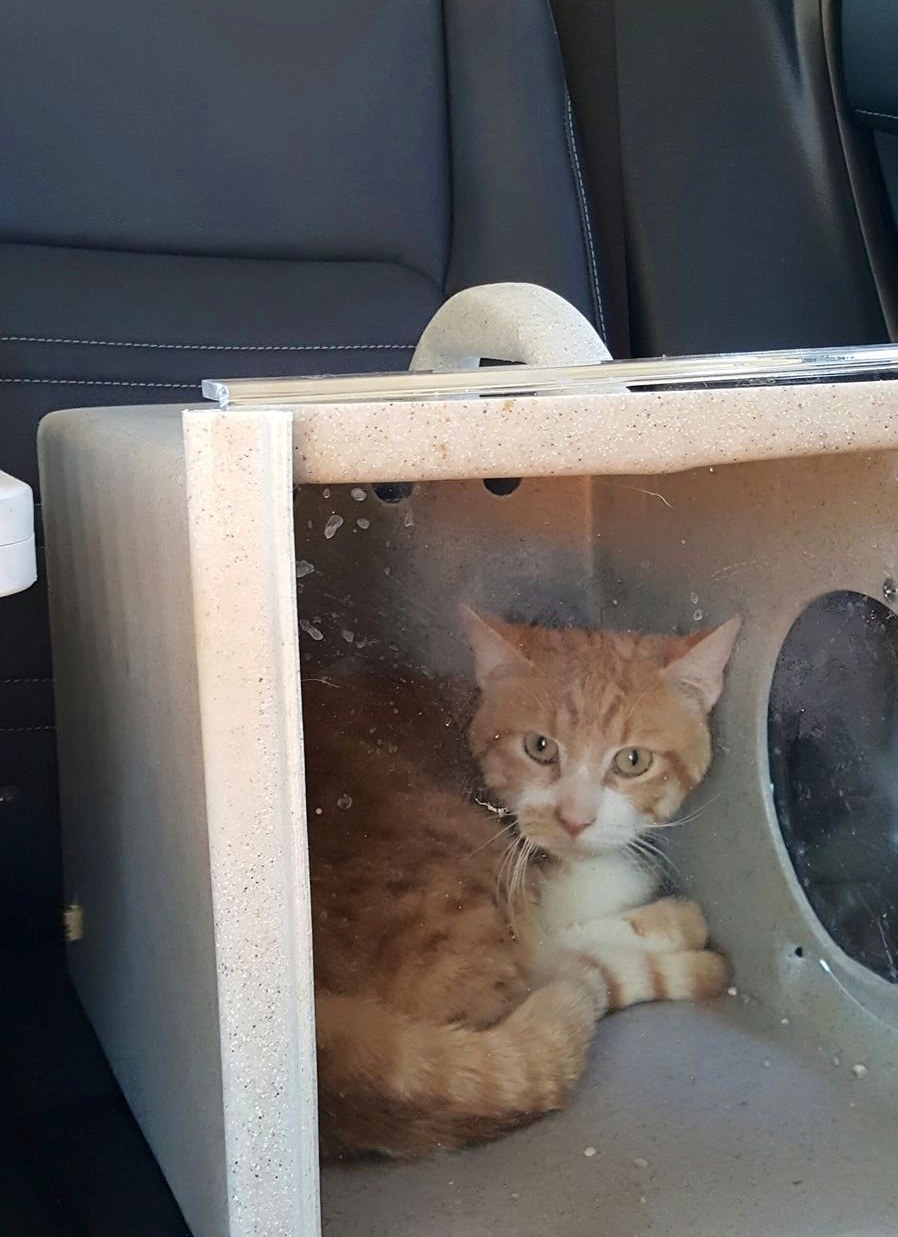 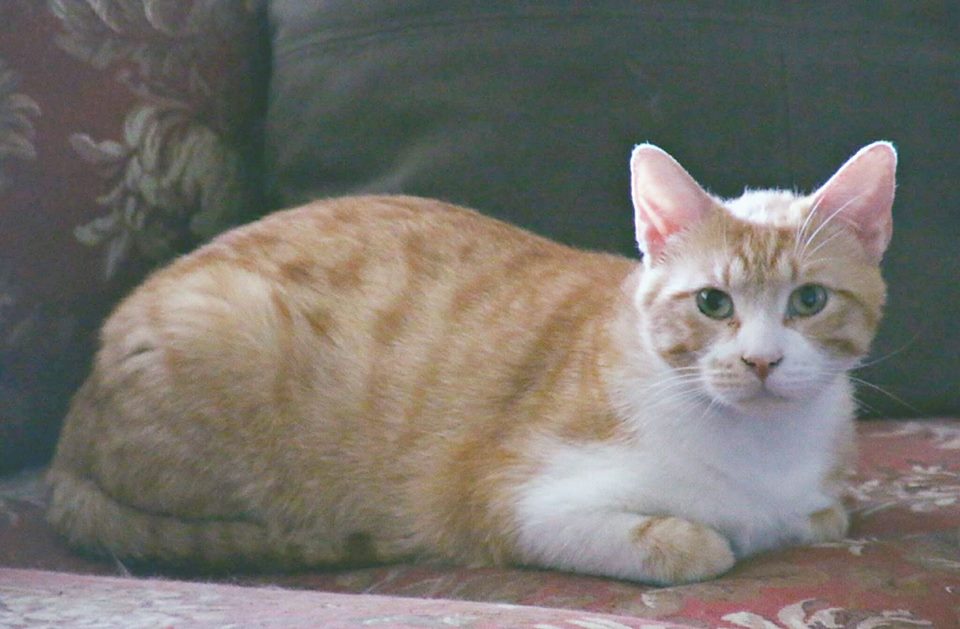 “He has been through so much misery and pain and he is so deserving of a loving home. I know at one time this cat was not afraid of humans and probably loved human touch” 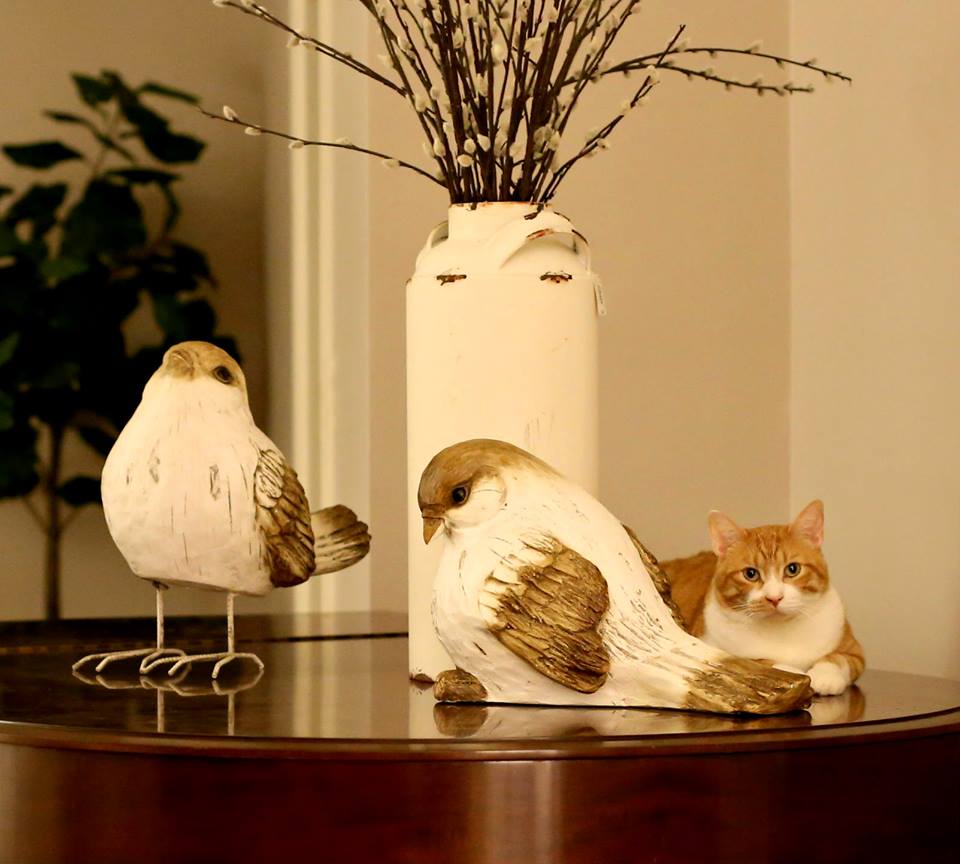 Valentine is adjusting well at his foster home and he loves sleeping in the sink! 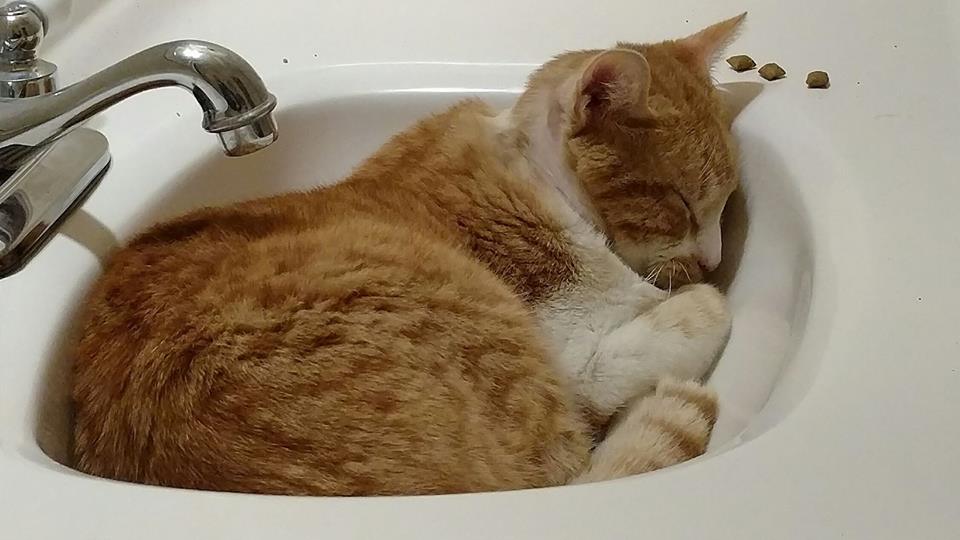 “As you can see Valentine is making himself comfy at his new foster home. He seems to be adjusting fairly quickly and that makes us very happy,” Saxelby wrote 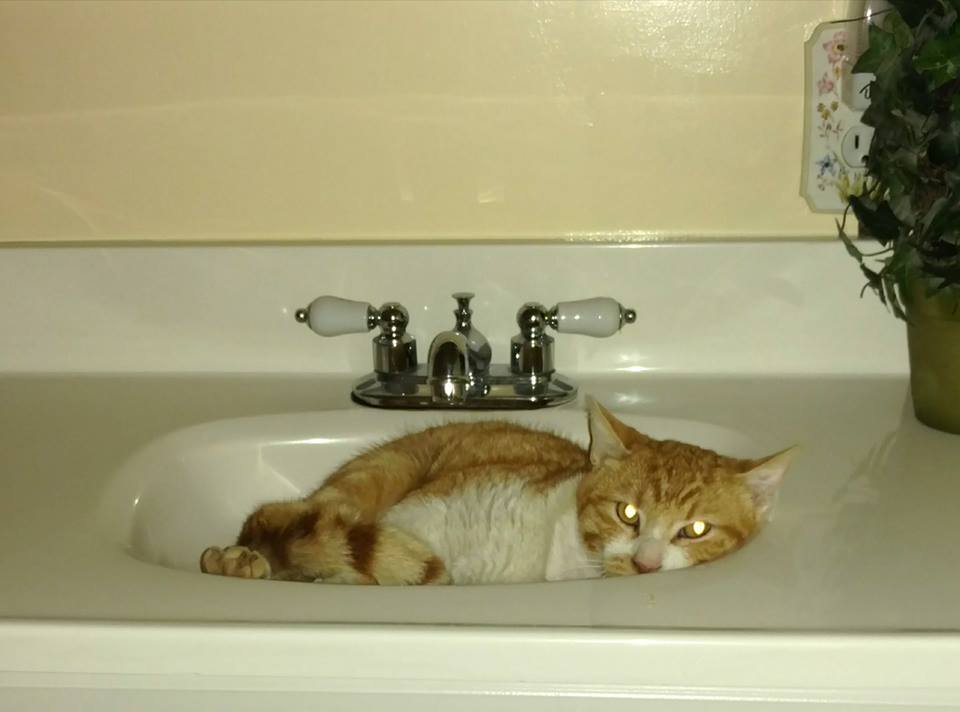 After years living on the street and the tape roll around his neck, Valentine definitely deserved to be in a loving home 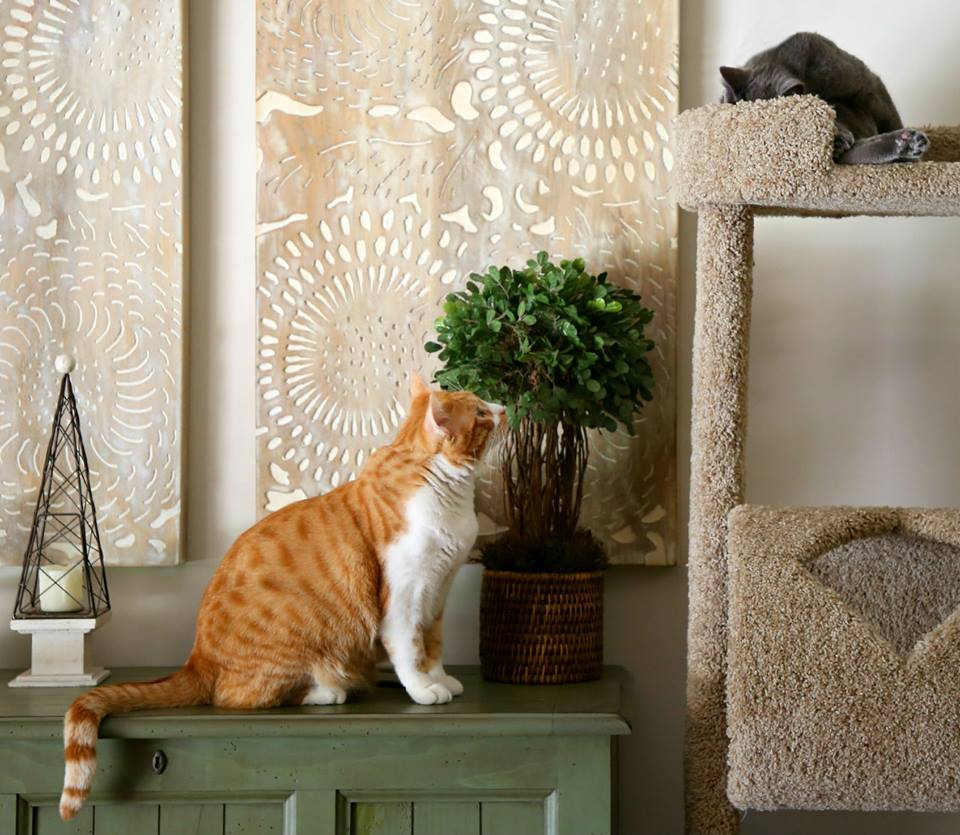 Just look at how different he looks now compared to the time he first rescued! 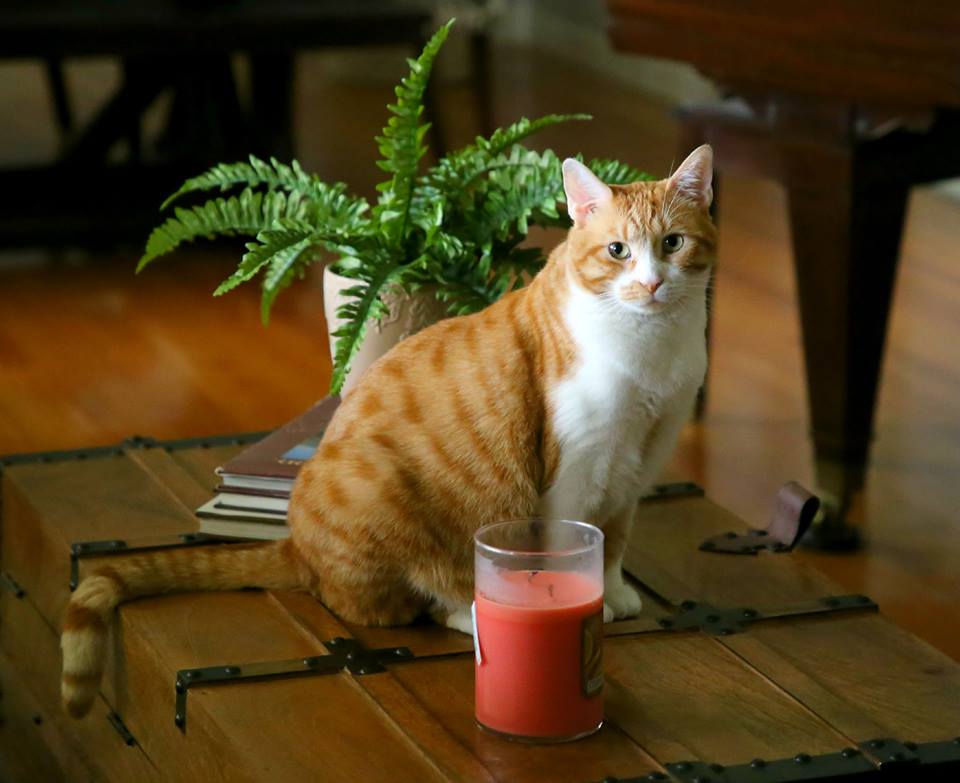 Valentine is also a caring feline when it comes to other adopted cats in the foster home.

“Valentine and his new friend, a female 5 mo old Russian Blue foster. Valentine has the most laid back personality, except when a human tries to get too close too quickly; however, he took to this kitten without even hissing (almost unheard of) and started grooming her and showing her how to play with toys. Valentine (aka Chubba Wubba) is a gem!” 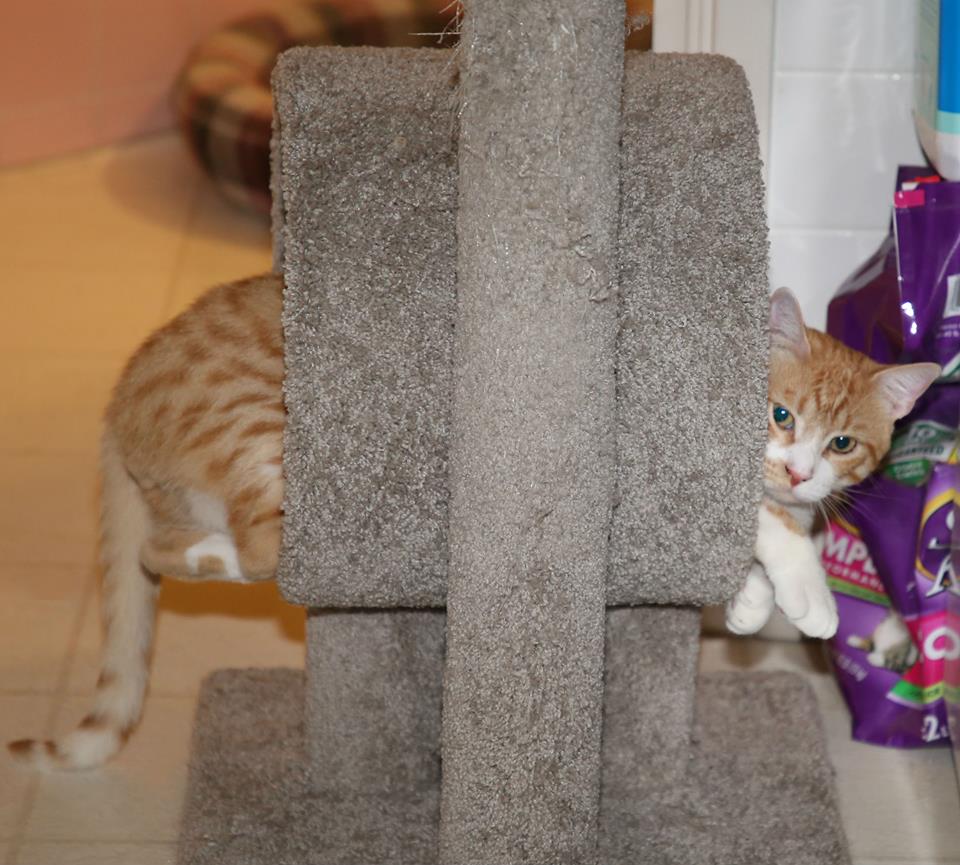 Even though Valentine is showing positive and rapid progress, he is still a bit reserved to his foster family and only allows limited physical contact 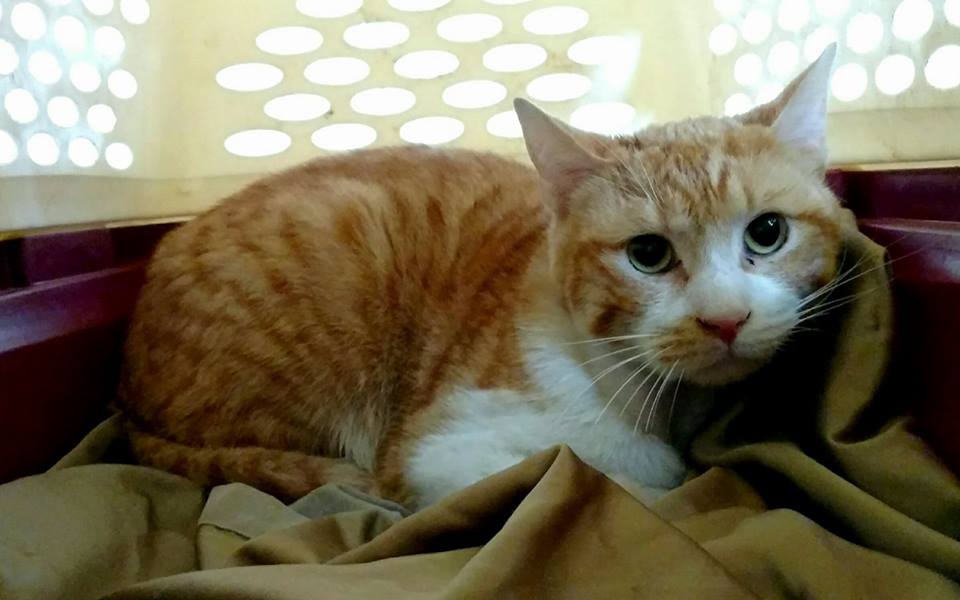 “Valentine has completely made himself at home, and he’s putting on weight and the hair has completely filled in on the back of his neck!! Just looking at him, you’d never realise what kind of horrors he had been through. He’s still a bit cautious, but that’s understandable. He DOES allow me to touch the back of his neck and loves to be scratched under his chin. He has captured my heart” 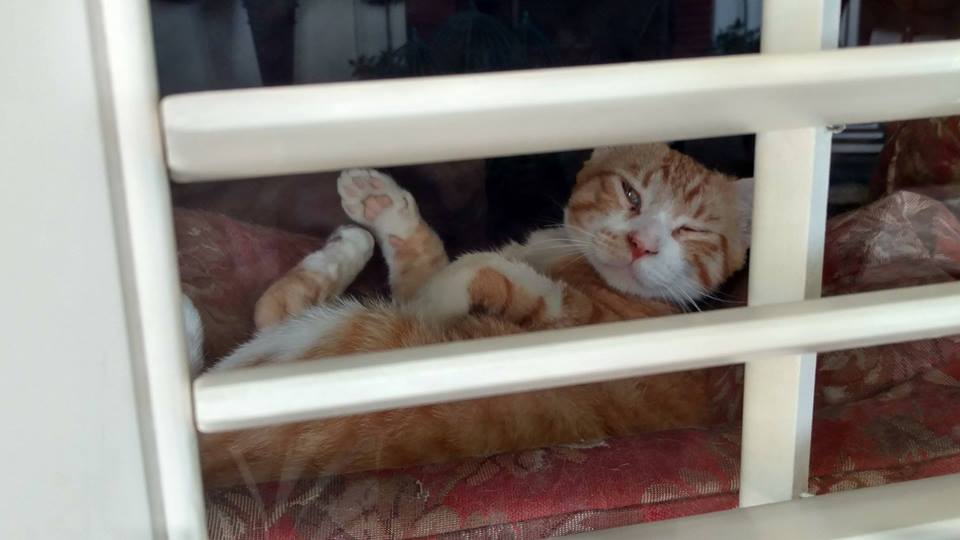 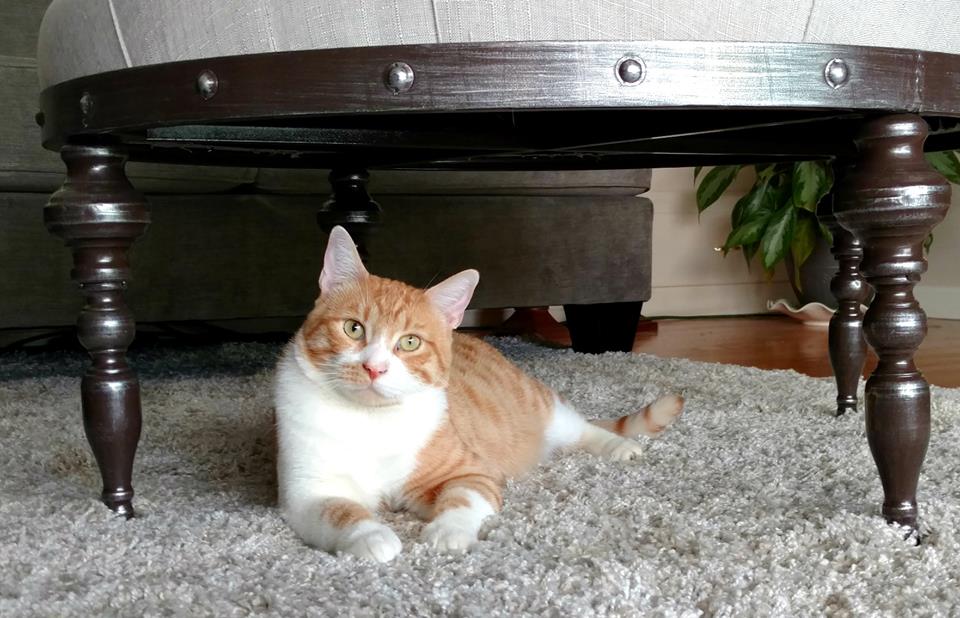 We are truly glad and happy that Valentine is recovering well from the injury and the trauma. We hope he will be able to overcome his trauma and continue to live well in with his cat friends and his new family!