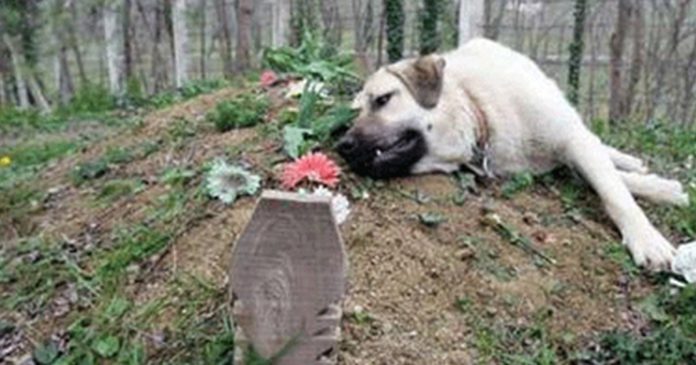 The famous saying ‘Dog is man’s best friend’ has been a common phrase to describe dog’s loyalty and perhaps, it is the most accurate saying ever said about dogs. The world was once surprised by the heart-wrenching tale of Hachiko’s remarkable loyalty towards his owner even when he had passed away. Apparently, a similar incident had also happened in Turkey.

It began when a Turkish man, Ismail Öztürk decided to adopt an abandoned newborn puppy.

Soon after Öztürk’s funeral, the family noticed that Zozo frequently ran away from home and only returned after for a while. However, they never knew where Zozo went.

The figure was actually Zozo!

Even though Zozo cannot speak how badly he missed Öztürk, he showed his love by visiting him at his grave. His love for his late owner is just pure and extraordinary.

After 3 years, old man in Georgia finally found his dog...

Deril the military dog performs emergency CPR to save a soldier...