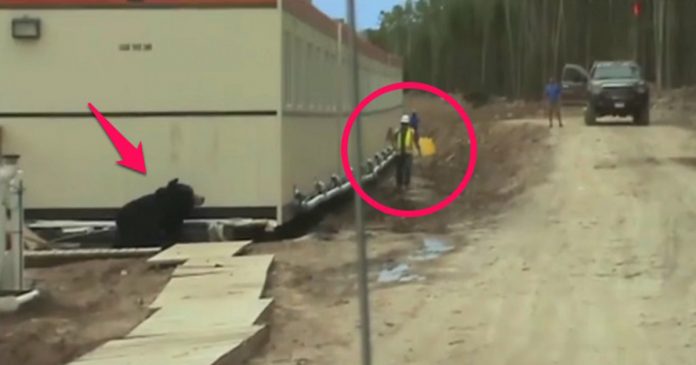 Most people may agree that working can be a constant gruelling and demanding race against tight deadlines and sometimes, it is good to have a good laugh with our supportive colleagues. That was why a man decided to pull a scare prank on his hardworking colleague and the prank resulted in a hilarious reaction from his unsuspecting co-worker! 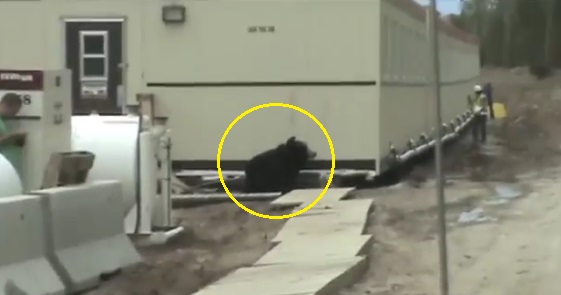 As the man waits behind the building, his unsuspecting colleague whose in the video wearing a high-vis jacket walking alongside the building towards the location of the man in the bear suit 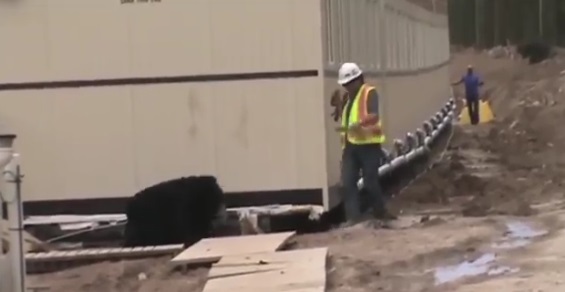 All of sudden, the man spots the bear as he reaches the end of the building and he does not take much time to sprint away to save his life! 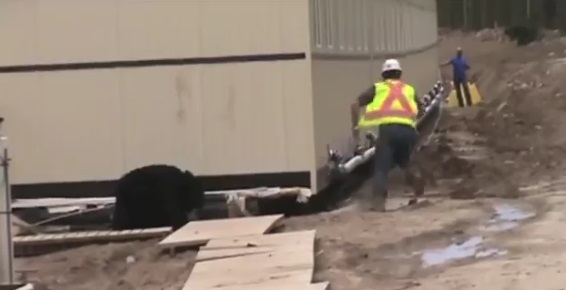 What makes it more hilarious was the man never stops running. He runs as fast as he can towards a car and even tumbles over and quickly get back to his running.

In the meantime, the man in the bear suit also tumbles down a few times while in an attempt to chase after his terrified colleague as he might cannot see well through the costume 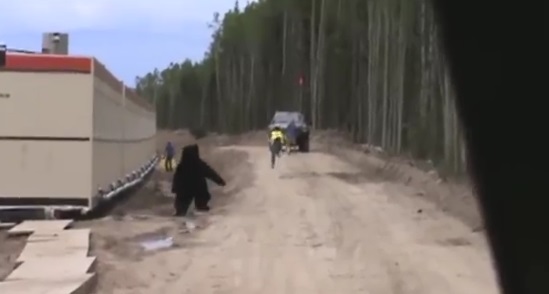 Seeing his colleague seems to convince that he has met with a real black bear, the man in the bear costume waives his hands before starting to chase his colleague again 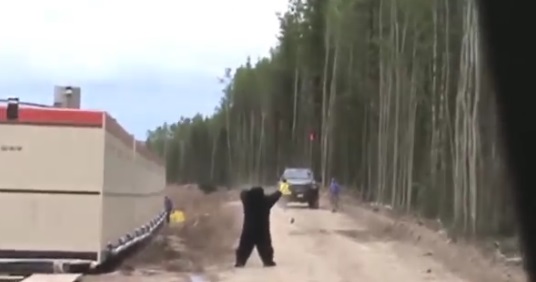 The prank indeed ends the way the man wants it to be as he managed to give his unsuspecting colleague a fright of his life, not to mention the man who filmed the whole prank laughed so hard throughout the prank.

Since the video surfaced online, it has been viewed over half a million times and drew attraction from many people who found the prank to be extremely hilarious.

One netizen commented: “That laugh made it. These are the prank channels we need.”

While another commented: “I like how he gives up his hardhat and even tumbles over just to get up and keep running.”

Watch the whole hilarious prank here. We are sure you will laugh your head off when watching this prank

These two dogs were chained up and taught to fight other...