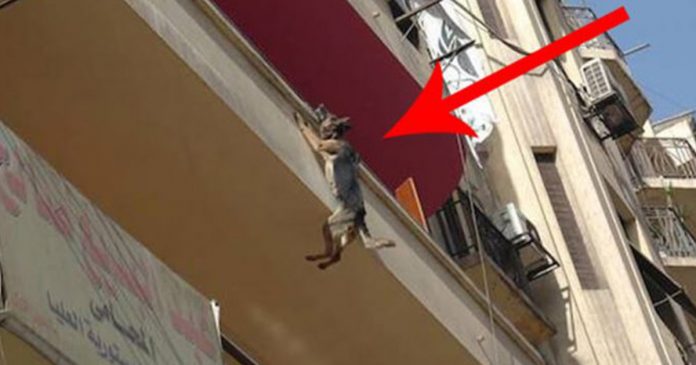 Having a pet is a big commitment and requires a lot of responsibility from a person in order to care for it. The owner of a pet is liable for their pet’s safety and well-being since they are living creatures and are wholly dependent on their owners.

Recently a dog was captured by concerned citizens as it was seen hanging off a balcony for dear life. Luckily though it was saved before anything could have happened to it. 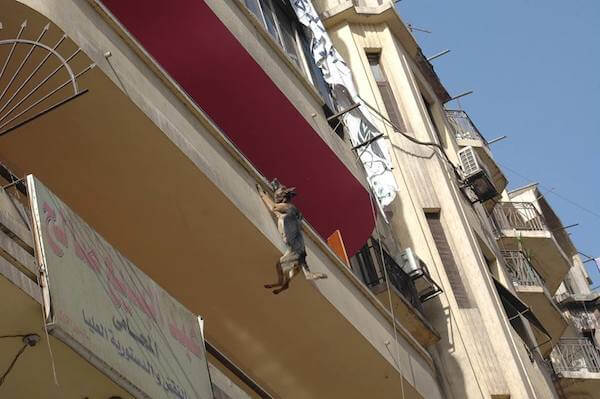 The dog was of a German Shepherd breed and it was found to be left alone in an apartment in Egypt. What was even more concerning was that it looked as though the dog had been chained to the balcony for several days without any signs of food or water around. It was probably starving and had tried to jump off the balcony as a last resort to escape it’s miserable surroundings.

The chain that was tied around the dog’s neck 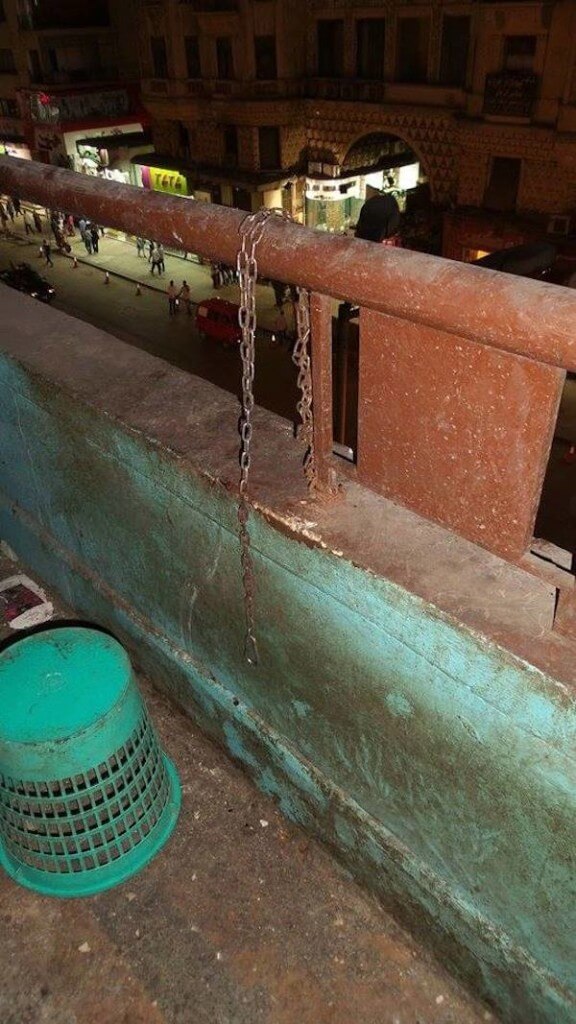 The poor dog could not break free though because there was a chain tied around it’s neck, therefore the animal was suffocating while hanging off the balcony. It wouldn’t have been safe even if the dog wasn’t bound by the chain because the balcony was three floors above the ground and would have resulted in serious injuries if the dog had landed below. 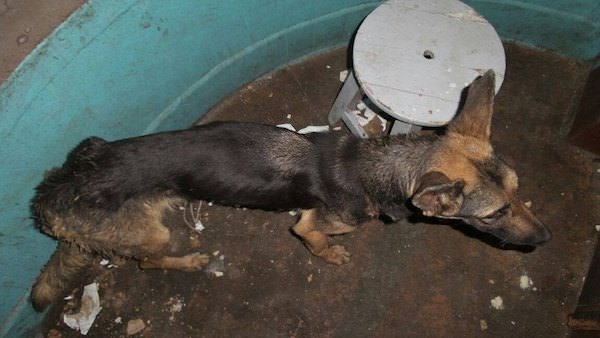 As fate would have it, a man heard the cries of the German Shepherd and hurried to it’s rescue. 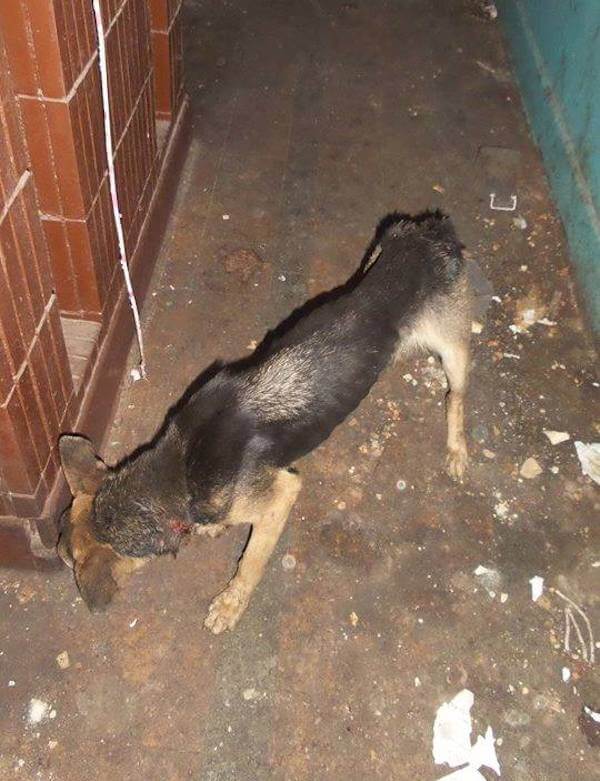 However with the help of the man they managed to pull the animal back up onto the balcony.

A concerned passerby attempting to save the poor hound 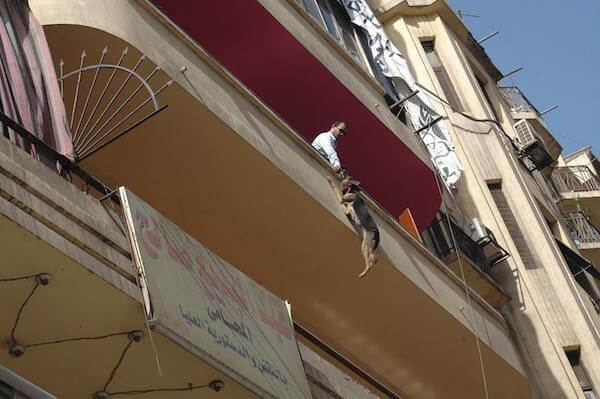 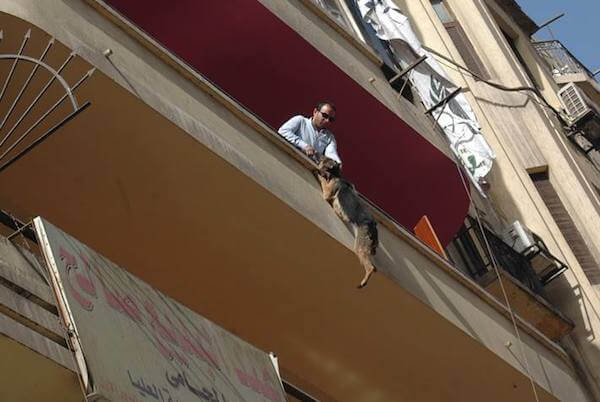 They found that the chain had left deep lacerations to the dog’s neck but they weren’t fatal. They noticed the living conditions of the hound was utterly abominable as it was living in it’s own filth with no food or water left for it. 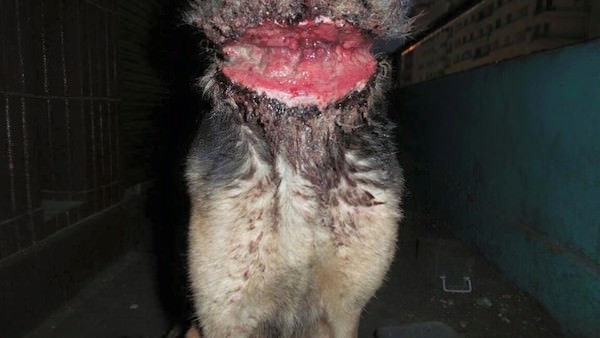 The dog was then taken to the Egyptian Society for Mercy to Animals shelter so it could be given appropriate treatment for it’s wounds. They also treated the dog for any infections or diseases it may have contracted while living in such terrible conditions on the balcony. Fortunately, doctors were able to patch up the wound and treated the dog as needed so that it could fully recover.

The German Shepherd being treated for it’s severe wounds 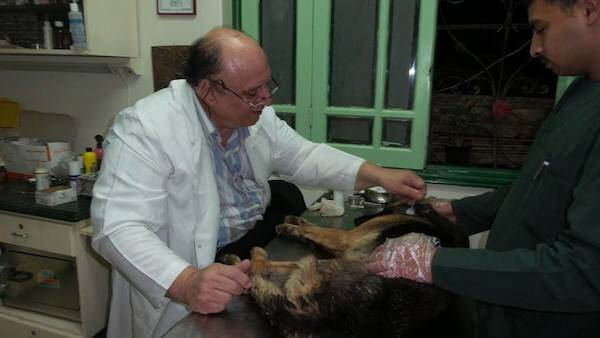 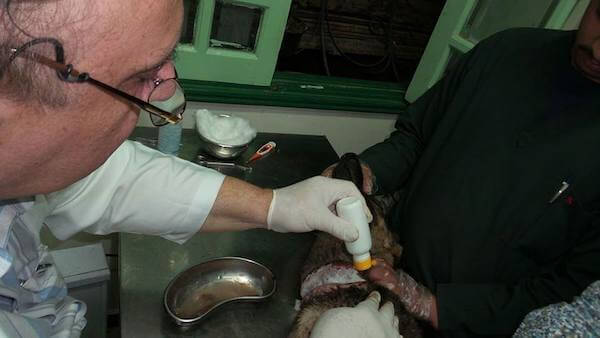 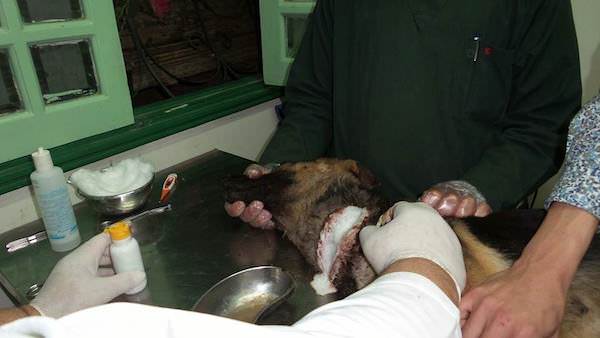 A few weeks after the treatment, the German Shepherd made a full recovery and was handed over to another shelter called Special Needs Animal Rescue & Rehabilitation. There the dog was given the name Bella and she was flown all the way to the United States to be with a family that had adopted her. She was given all the love and affection she needed in order to recover from the trauma of living in such an abusive state before on the balcony.

A healthy Bella who had made a full recovery 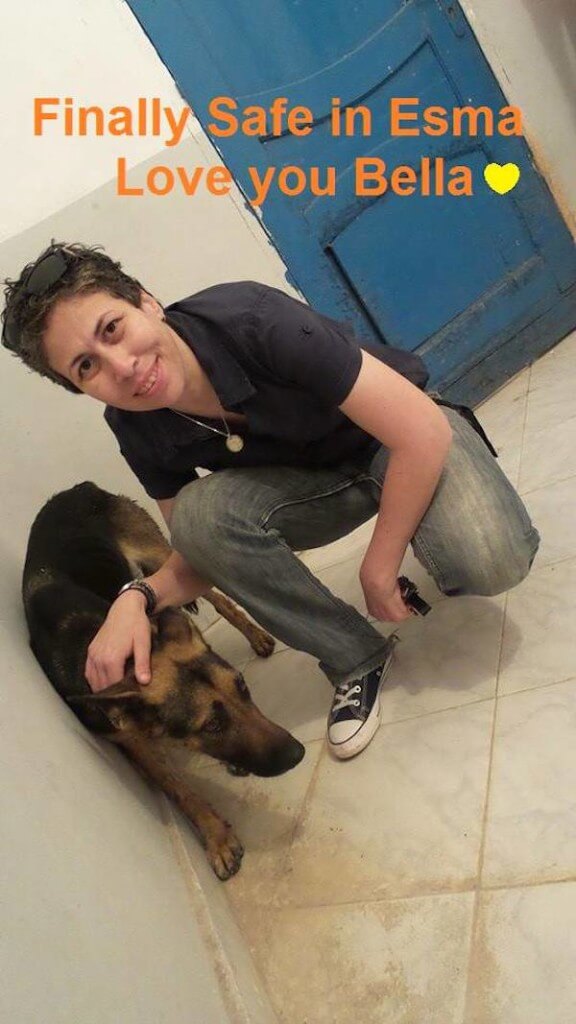 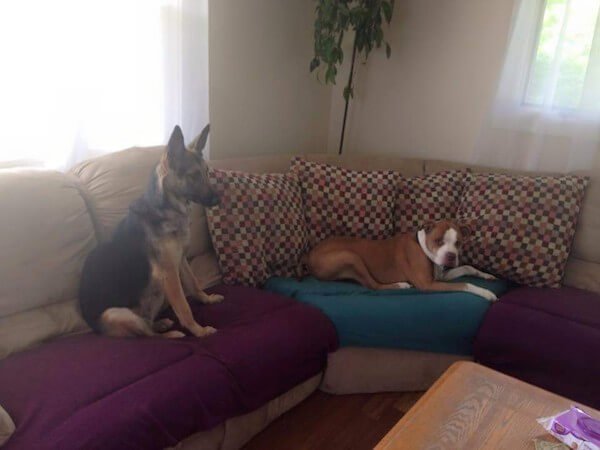 Bella has now made a remarkable recovery and is happy with her new family. She has become a great companion to her masters and an irreplaceable part of their household.

Starving Dog is Abandoned After Owner Throws a Ball for Dog...