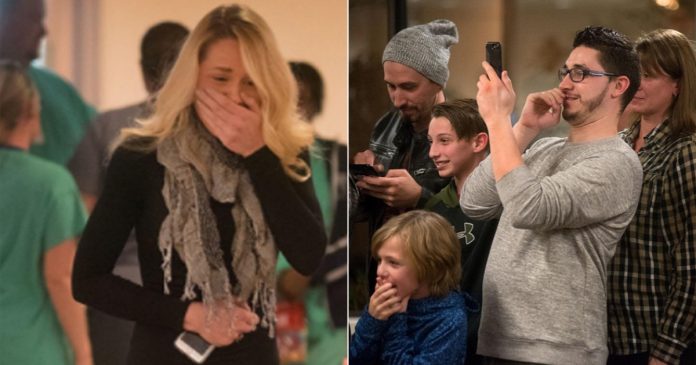 Tragedies are an inevitable part of life but with every downward turn life takes, there will be a change for the better in the future. Some find comfort in thinking that there is a silver lining in every situation which gives them hope even in the worst circumstances.

The relationship between Jake Allen and Tres Maurer was formed in the midst of a horrible accident which occurred back in January 12, 2007. A school bus had lost control and rammed into a crowded sidewalk on the Pennsbury High School’s east campus.

The tragedy had shook the school immensely and the injured students were rushed to St. Mary Medical Center in Middletown. Allen, who witnessed the accident had aided the students who were injured, specifically he helped Melissa to the hospital.  Maurer who was at the west end of the campus at the time had called her friend Melissa to see if she was alright but to her surprise a male voice answered her friend’s phone, it was Allen.

Maurer was drawn to Allen’s compassion as he stayed at the hospital to make sure that her friend was alright. They waited at the hospital together and after talking, realized they had many mutual friends. Maurer knew he was a kind soul and was instantaneously drawn to him.

Melissa survived but the accident had caused serious damage to her leg and therefore it couldn’t be saved. Allen and Maurer started a relationship which grew stronger as time went on. They were hanging out frequently and eventually began dating.

The couple had recently celebrated their ten year anniversary from when they started dating and Allen realized that he wanted to take this relationship to a new level.

Allen, who works as a police officer, very seldom gets time off to relax or to spend time with his girlfriend 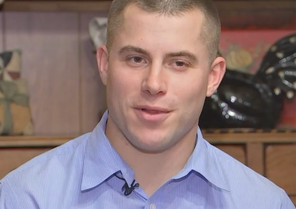 She accepted that it couldn’t be helped as it was the nature of his job. So when Allen finally had some time off, he wanted to plan something special for his girlfriend.

The couple booked a place at a fancy restaurant and were on their way there when Allen’s boss called him to ask for a favor. Maurer was understandably upset because it is rare for Allen to get any time to relax. His boss had asked him to drop by the hospital, so they had to cancel their reservations and went there instead.

Maurer said “I was angry cause I’m like this is our date night, we’re already running behind 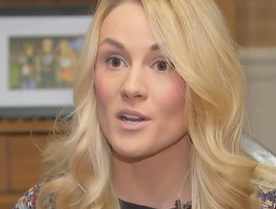 Now I have to cancel these reservations. God only knows how long we’re gonna be here, and it’s completely out of the way.”

They stopped at St. Mary Medical Center and an irritated Maurer followed her boyfriend into the building. She was blown away by what greeted her and that was a room full of all her friends and family.

She looked at Allen who was down on one knee and he popped the question, asking Maurer to be his wife

Maurer said “That holds us close together and makes us smile, cause it’s fun to tell, even though it was a horrible tragedy.” The happy couple were more than ready to begin a new chapter in their lives together.