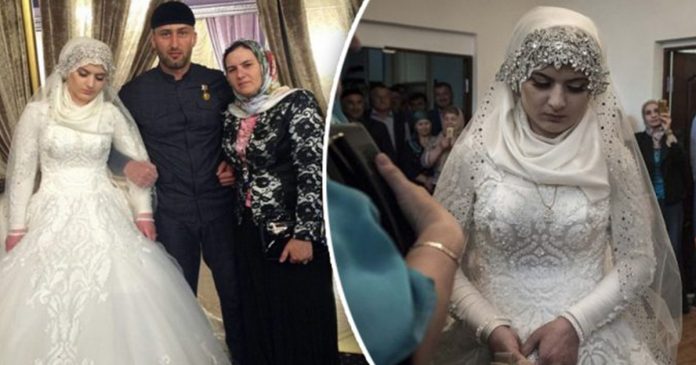 For every bride and groom, wedding day is probably the biggest and the long-awaited day in their lives. However, unlike most brides who cannot stop shedding their happy tears, this beautiful girl could not feel even the slightest joy on her wedding day.

While her wedding dress looked stunning with exquisite lace detail and dazzling jewel-embellished veil, they could not hide the sadness etched on her face as she was forced to marry 47-year-old police chief Nazhud Guchigov 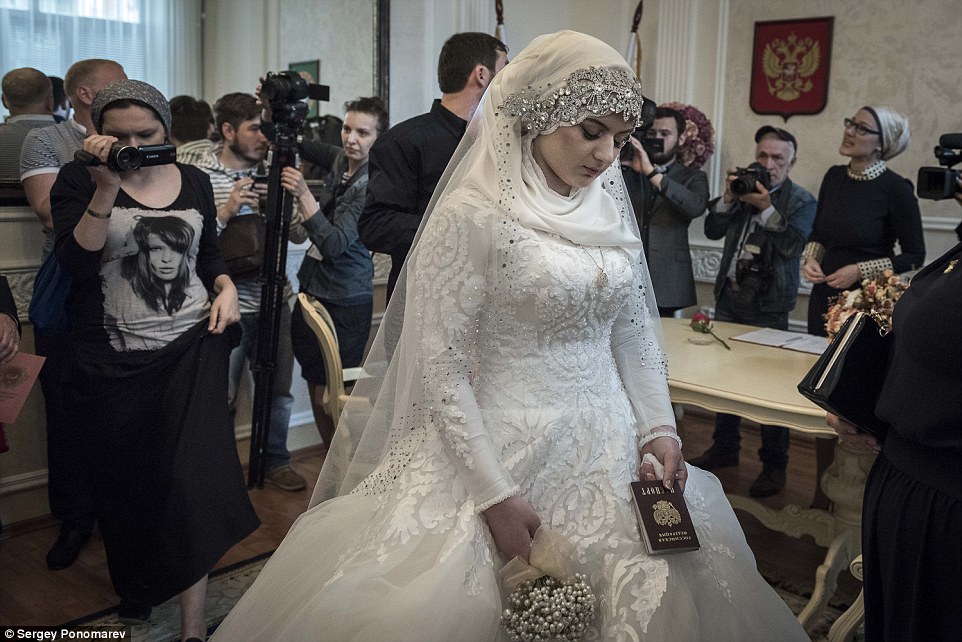 The young girl, Kheda Goilabiyeva was only 17 years old when Guchigov threatened her family of ‘unpleasant consequences’ if her parents refused to marry her 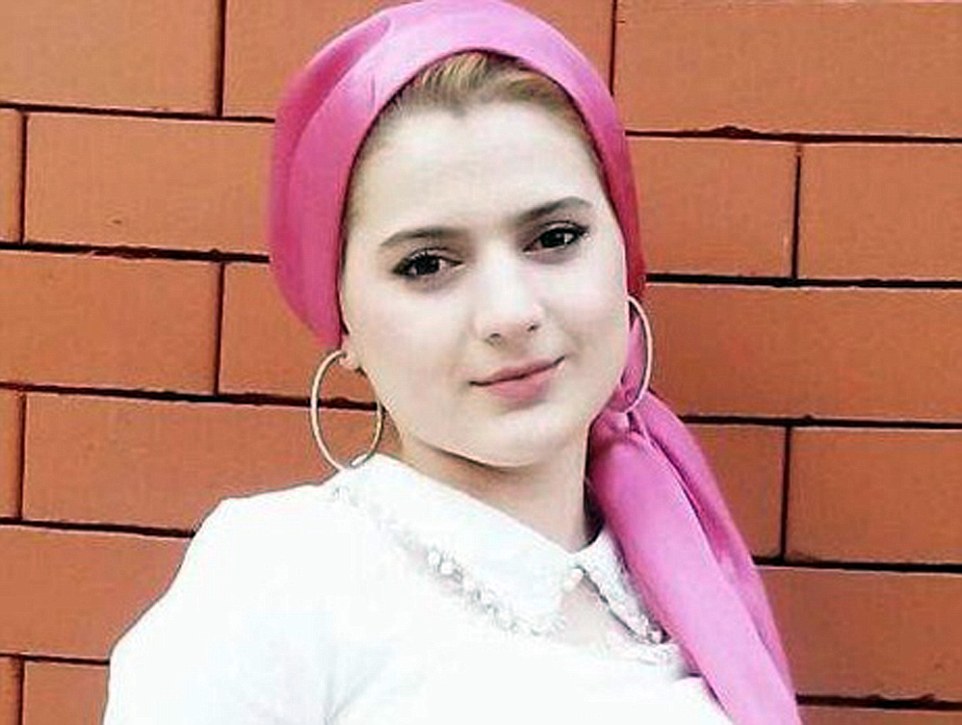 Guchigov who is The Chechen Republic’s chief police and also the key ally of Chechen’s Head of Republic, Ramzan Kadyrov, already has a wife and a son who is way older than teenage Goilabiyeva 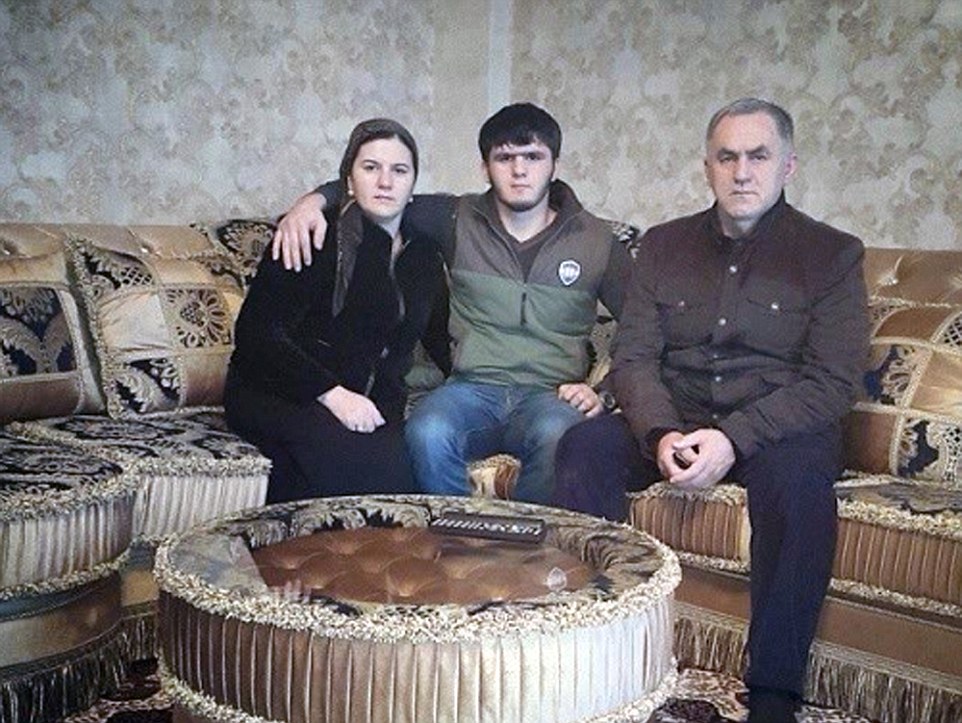 For the past few years, Kadyrov has been seen making favourable statements on honour killings and polygamy. He also faces accusations from the republic’s right groups that he had ordered forces terrorise, abduction and murder on his political enemies and critics.

During the ceremony, Kadyrov was one of the high-ranked guests 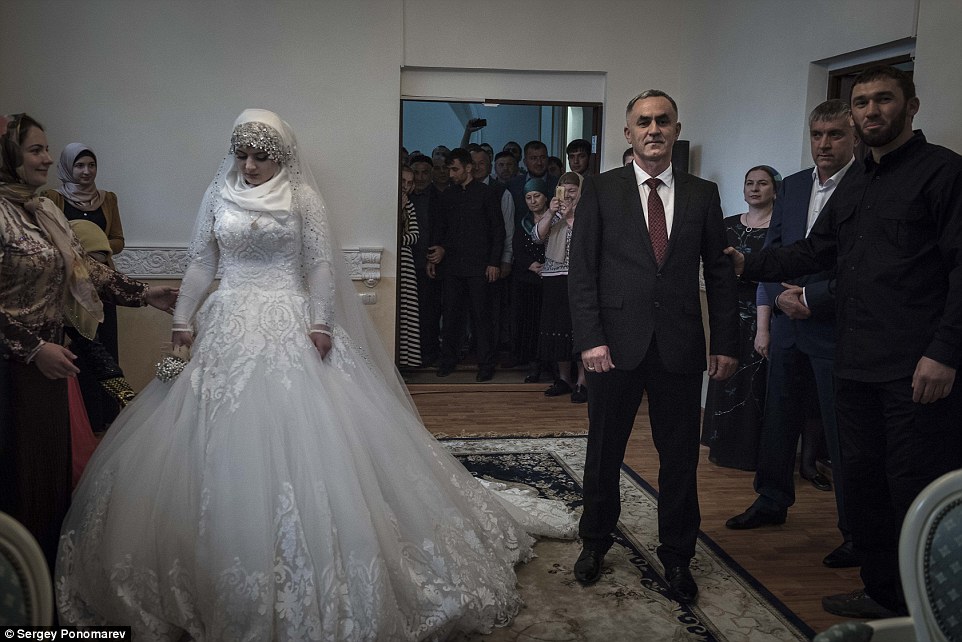 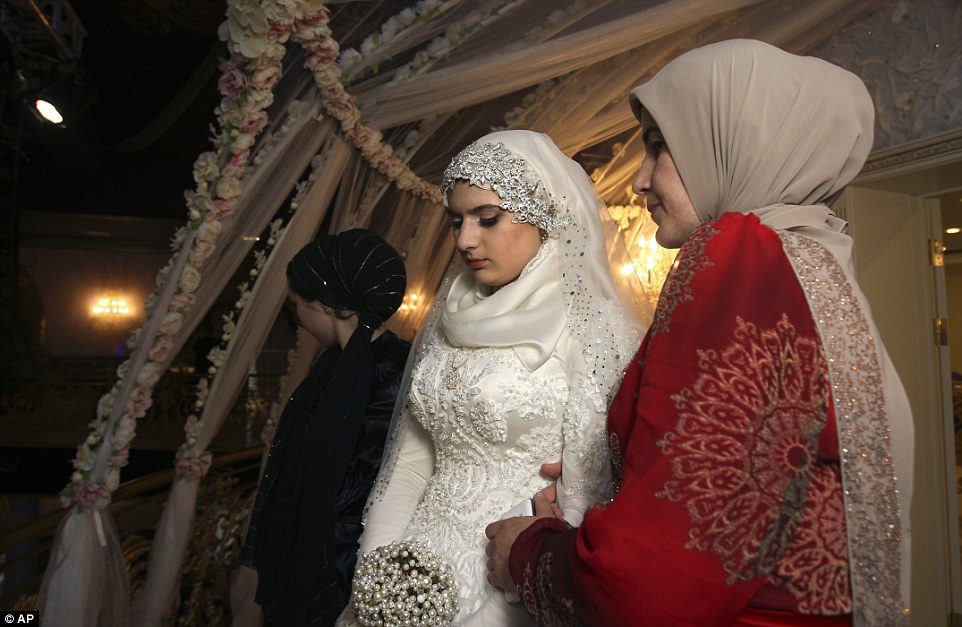 Her unwillingness to be married to Guchigov was clear in the ceremony when she reluctantly replied ‘yes’ when asked whether or not she wanted to marry Guchigov.

She was seen weeping when Guchigov signed the register 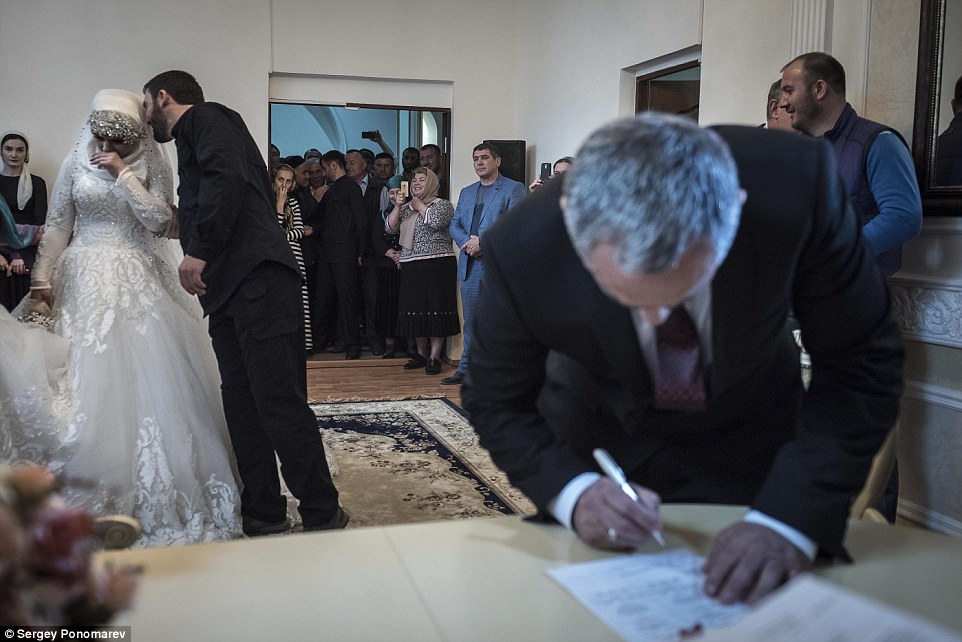 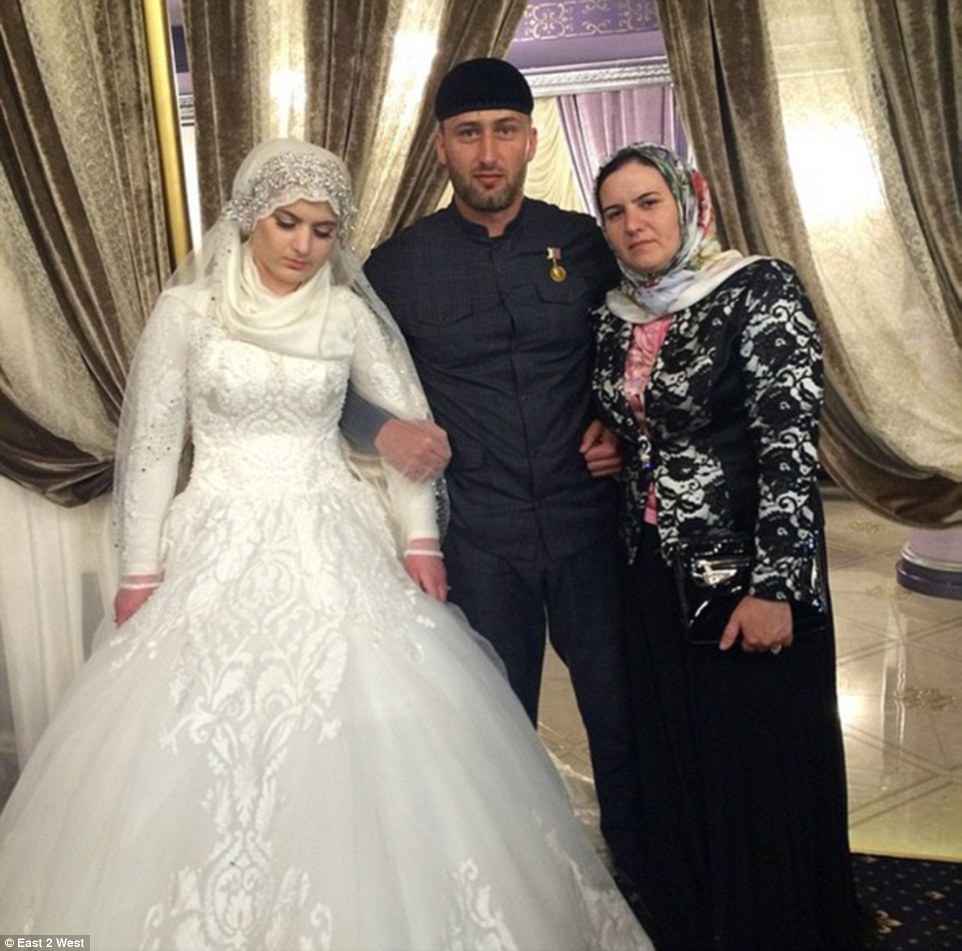 Following the controversial marriage, the public was outrageous when Moscow’s child rights commissioner, Pavel Astakhov appeared to publicly support the marriage by saying, “Caucasian women are all shrivelled with wrinkles by the age of 27”.

In response to Astakhov’s remarks, many young women have started to post their scrunched up selfies on Instagram with the hashtag #WrinkledWoman. Many of the posts include sarcastic greetings to Astakhov.

While polygamy is allowed in Islam religion, the practice does not simply let anyone qualify to do so. If a Muslim man wished to marry more than one women at a time, he must be able to provide and maintain his wives and families and deal with them with justice and fairness. Furthermore, the bride also has a right to accept or decline the marriage proposal. The fact that Guchigov abused his power to marry the girl, it shows how the marriage is not build on trust and compassion and violate Goilabiyeva’s rights as a woman and a wife.

Dengue cases in Singapore triple to over 2,000 in first quarter...