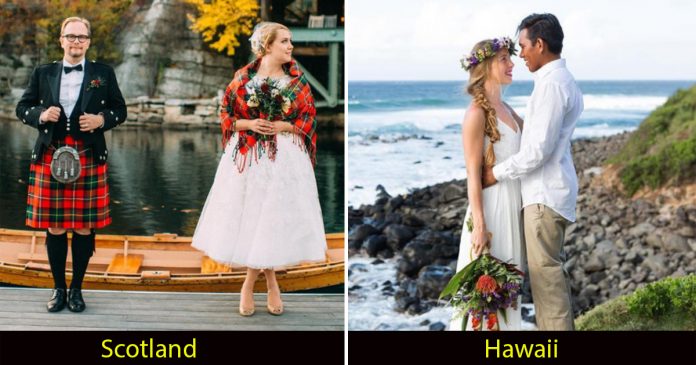 Did you know that today’s custom of wearing white dress for wedding only became popular recently? Apparently, white dresses became the popular choice among brides when Queen Victoria got married to Albert of Saxe-Coburg in a white dress in 1840. White is considered a symbol of purity of the soul, hence, why women choose to wear white on their big day.

Long before white dresses became a world-wide phenomenon, women got married in their traditional costumes and it still remains a prevalent choice especially in Asia and Africa where many women choose to wear traditional outfits on their wedding day. Let us take a look at traditional wedding outfits around the world!

Just like their culture, Ghanaian couples don colourful and beautiful wedding attires. Their traditional outfits vary with a wide range of bright colours and patterns according to the family

The Sami are native people who live in Lapland, Finland’s northernmost region. Even though they have a small population, the Sami have a rich culture and customs which can be seen in the complexity of their outfits. For instance, married people wear square buttons while single people wear belts with round buttons

In typical weddings, the bride often become the centre of attention, but in a traditional Sri Lankan wedding, you might find the groom to be equally dazzling as well This holy land of Bollywood sees couples get married in red or pink traditional outfits. In the northern part of India, brides usually wear bindi, a vermilion red dot on their forehead to symbolise their long commitment and well-being of their husbands 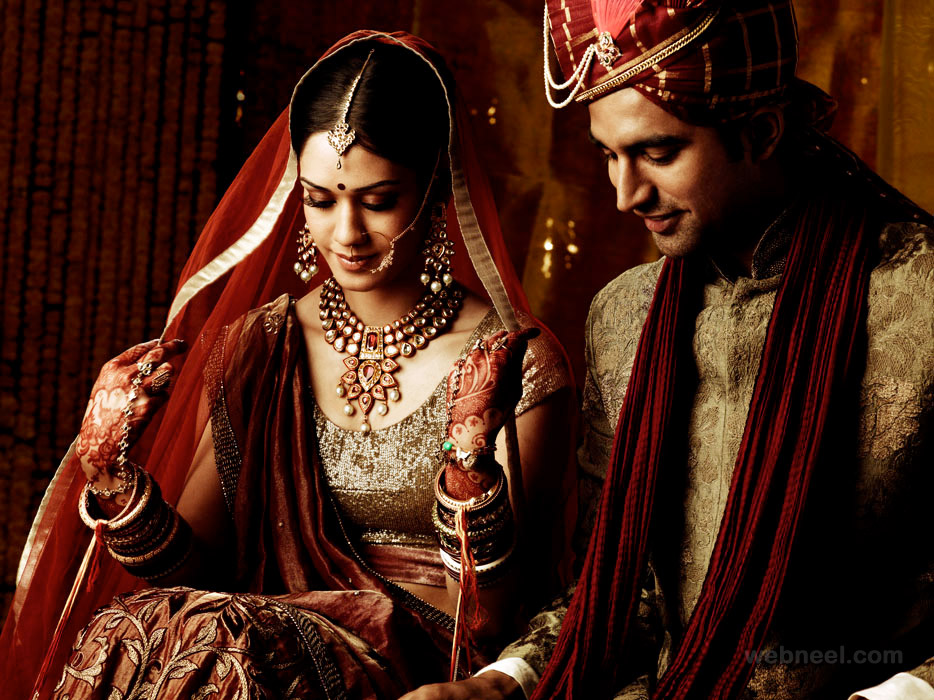 In Scotland, the grooms usually wear the kilt of his clan. After the wedding ceremony, the groom would put a shawl which is decorated with his clan’s official colours around his bride’s shoulders as a symbol to welcome his wife into her new family

Pakistani wedding garments share a lot of common features with Indian traditional wedding outfits. Some of their wedding customs include wearing decorative red henna on hands and red dresses

As the only country in Africa to have Christianity as their official religion, Ethiopian couples usually get married in the church. Their wedding ceremony resembles a lot like Russians and Greeks

Red remains popular among Chinese brides and grooms. After the wedding ceremony, the groom will lift the red veil from the bride’s head 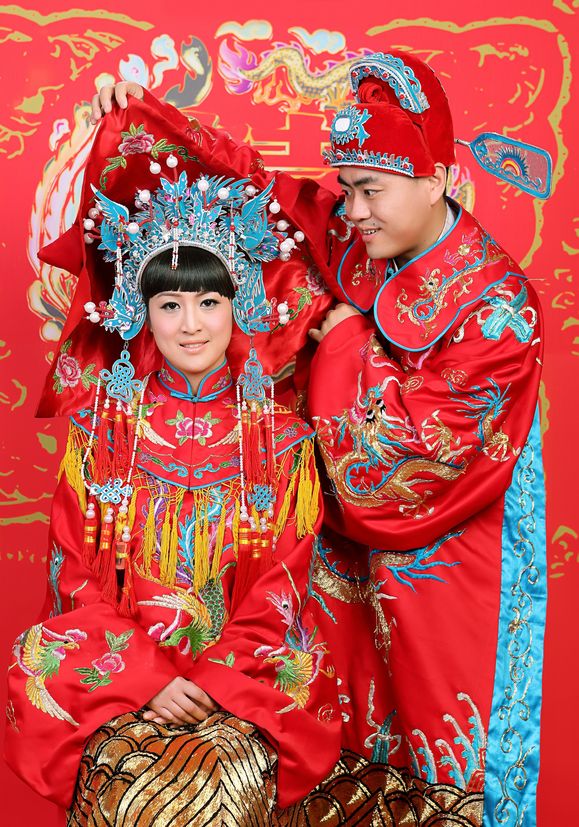 Malay couples in Malaysia often opt for traditional costumes and the colour can vary greatly according from pastel pink to majestic black. However, most of them choose to wear all-time classic, white, for their solemnisation 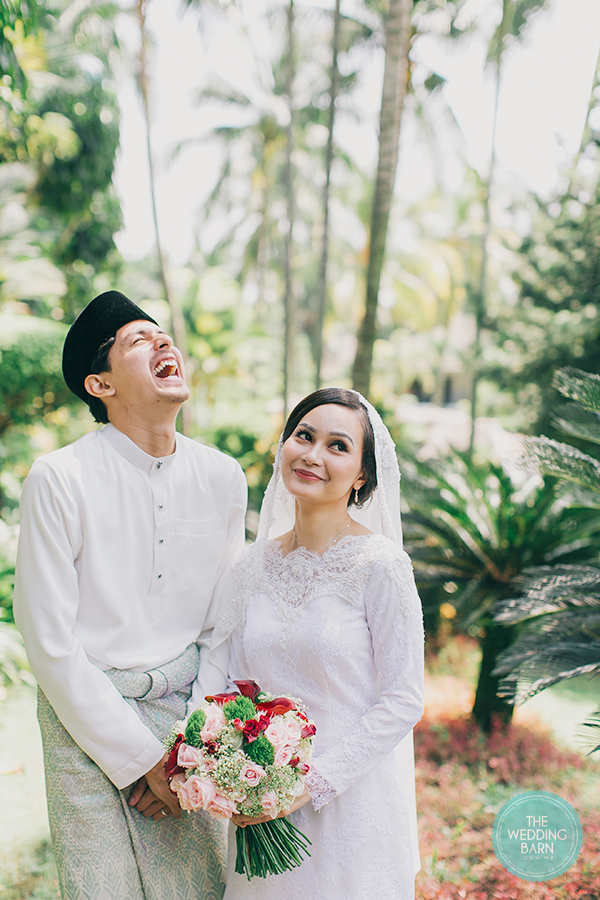 A post shared by Dvorah Malin Goldman Tsubarah (@goldmantsubarah) on Jun 7, 2016 at 2:52am PDT 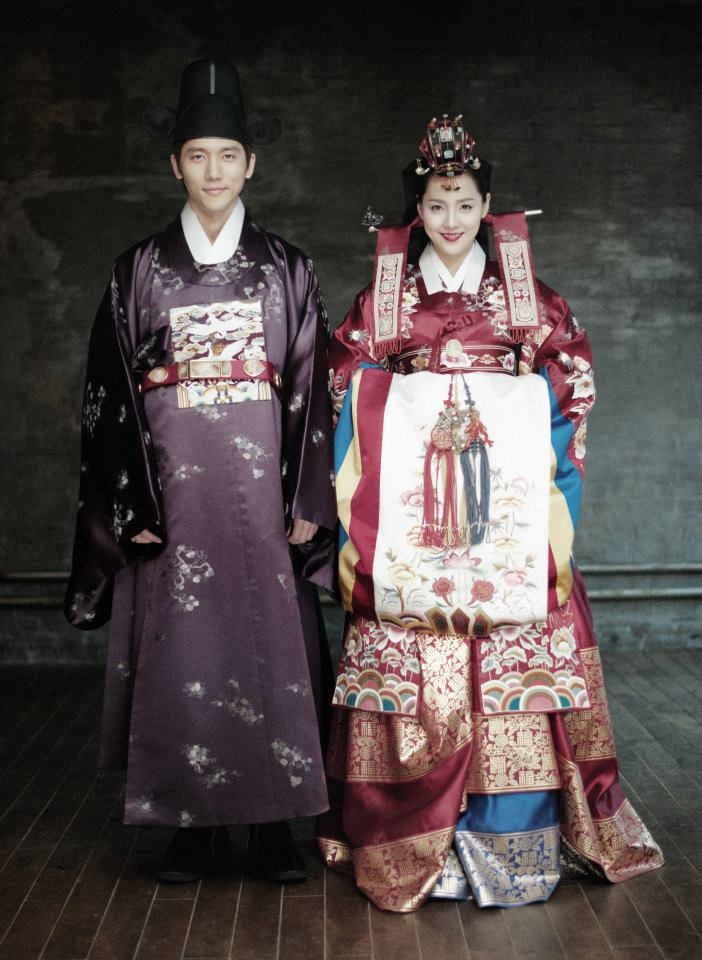 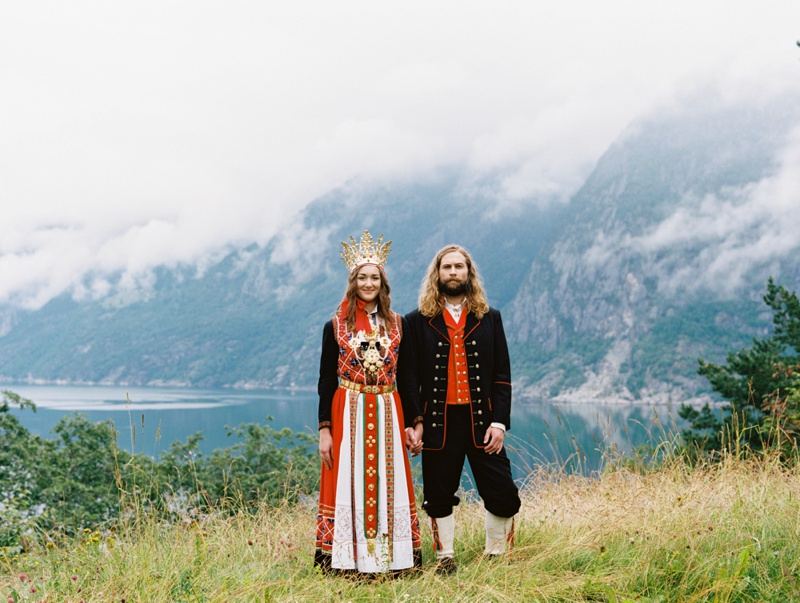 The Tausugs or Sulu people still practice traditional marriage. The Tausug male wears fitting pants as well as a shirt. A sash is put around the waist with a matching turban. Often, males shave their hair or cut it very short to indicate social status. The ladies wear Malay sarong. They put on brass accessories on their blouses or perhaps use as a bracelet or necklace.

These rocks in Japan turn striking blue at night when these...