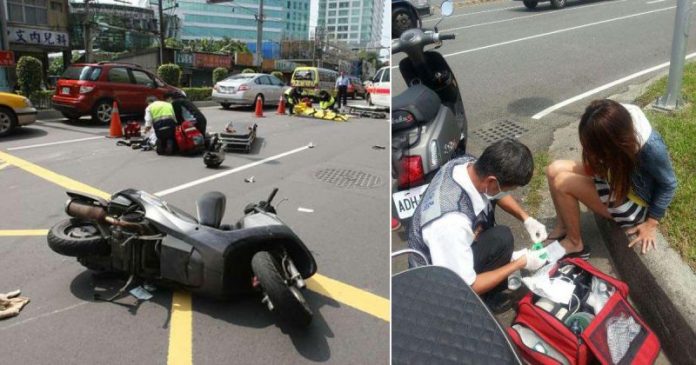 Having a good relationship with someone will mean that you are sure to have a constant companion who will stick by you no matter the circumstances. Some people go above and beyond for their partner which will tend to strengthen the relationship between them.

A female netizen named Cindy form Taiwan shared a story between her and and her boyfriend David. She says that they constantly argue and comment on each other’s appearance and behavior. Their relationship was fraught with friction as they could never agree on anything.

David tends to be verbally abusive as he regularly says that Cindy should be grateful that he is still with her. He often says that Cindy is unattractive and that she is lucky to have him because he is willing to stay in a relationship with her.

Cindy constantly feels dejected and sometimes even feels like he is right in saying that she is not much to look at. His sharp words bore her down and she believed that he could leave her at any moment for someone more beautiful. An unfortunate event happened that changed her life and her thoughts on David when she got involved in an accident that left her physically scarred.

A car driver ran a red light and rammed into Cindy

Cindy was riding around on her motorcycle as per usual on the busy streets when a careless driver had unknowingly run a red light. The driver crashed into Cindy’s motorcycle which threw her off onto the asphalt road. Since she was wearing a jacket and a helmet, she didn’t look like she had suffered any serious injuries at first. However when she took off her helmet, the crowd that had gathered to asses the situation was shocked to see fresh blood gush out as she had suffered serious damage to her face.

Cindy passed out from the amount of blood she had lost and her unconscious body was rushed to the emergency room. Doctors worked tirelessly to ensure that Cindy stopped losing blood as they meticulously stitched up the wounds on her face and neck. The wounds Cindy suffered were deep and therefore, the doctors said, she will have a permanent scar on her face as a result of it. Cindy became erratic as she thought of how she would continue on with her life while having such a deformity.

Before Cindy lost consciousness, she had asked a the medical staff to contact David and let him know what had happened. As the doctors were working on saving Cindy’s life, David rushed over to the hospital and waited there until he could see Cindy. He had arrived shortly after Cindy was taken into the emergency room.

After the doctors had finished, David sat by Cindy’s side until she regained consciousness. She woke up and was still drowsy from the medication but she recognized David by her bedside and she felt at ease.  She didn’t think he would rush to the hospital and stay by her side to make sure she was alright.

Cindy’s face had to be sewn with a dozen stitches. After a few moments of silence, David said jokingly, “You’re even uglier now.”

Warm tears streamed down Cindy’s face as she thought of how cruel her boyfriend can be with his words. She knew he was telling the truth though, she herself felt that the stitches on her face was abominable. “Are you going to leave me now?” she managed to whisper through her sobbing.

David responded by saying “No, i love you no matter how ugly you look”

David had called his girlfriend’s family members to let them know what had happened and also stayed by Cindy’s side until she recovered completely and was discharged from the hospital.

When Cindy was in her most vulnerable state, David was there to care for her and support her when she thought her world would fall apart. This incident has only strengthened the love and care they have for each other. Even though they bicker and hurl insults at each other on a regular basis, when tragedy struck, they supported each other and came out stronger.

A mother entered a busy restaurant asking for a glass of...