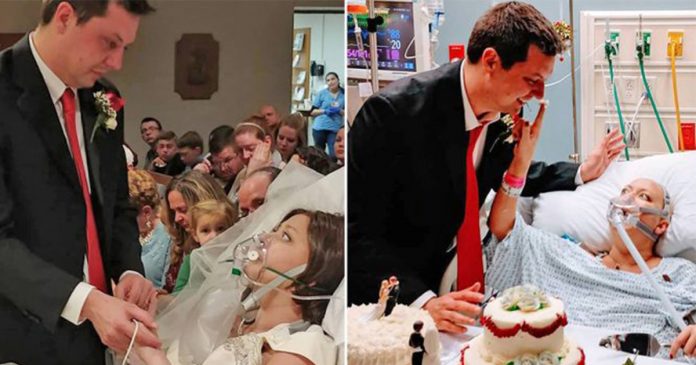 Love is supposed to be unwavering as it is just like a constant variable in a math equation. When two people are in love and it comes time to say their vows, they should mean every word as they uphold the sanctity of marriage. They should support each other ‘Through sickness and in health and till death do them part.’ This couple stood by their oaths in a heartbreaking incident which occurred on 22 December 2017.

David Mosher and the love of his life Heather Lindsay, had gotten married in an unlikely venue. The couple were pronounced husband and wife at St. Francis Hospital surrounded by friends and family. Their heart wrenching story had people choking up when they heard about it.

‘She’s my great love, and I’m going to lose her, but I’m not losing her forever’ 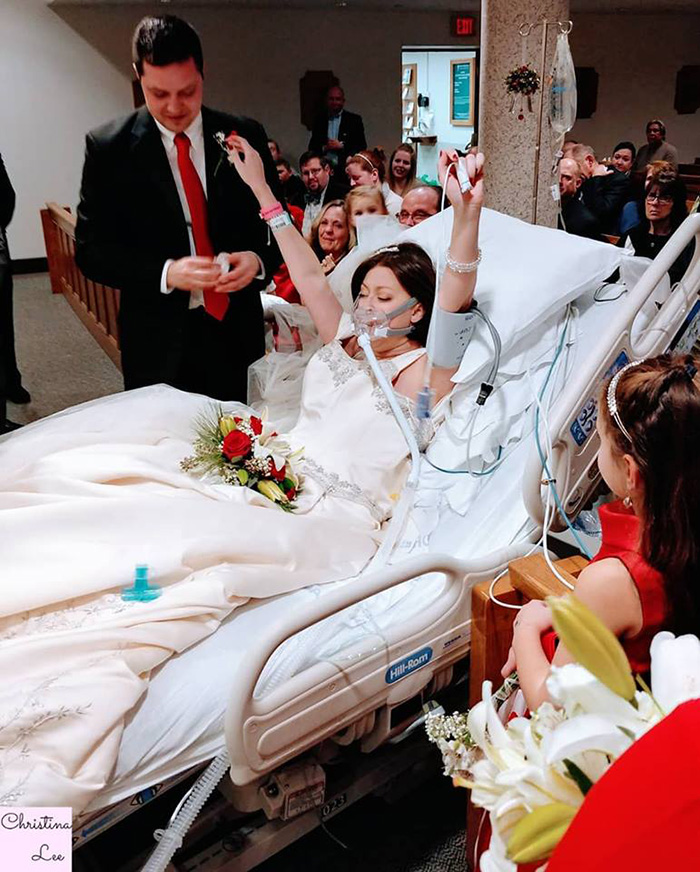 David Mosher from East Windsor Connecticut had met Heather Lindsay at a swing dance class back in 2014. She instantly caught his attention as Mosher said “There was one night she was wearing these killer red pants and I told the two guys sitting next to me I’m going to ask that girl out tonight.”

They talked and got to know each other and before long they started dating. Mosher decided that he wanted to propose to Lindsay on December 23, 2016 after two years of dating. Just before that though, they had gone to see a doctor regarding a lump Lindsay had felt on her breast. The doctors did a biopsy and confirmed that Lindsay had breast cancer. The news didn’t deter Mosher as he said “Now more than ever, I needed for her to know that she’s not going to do this alone.” 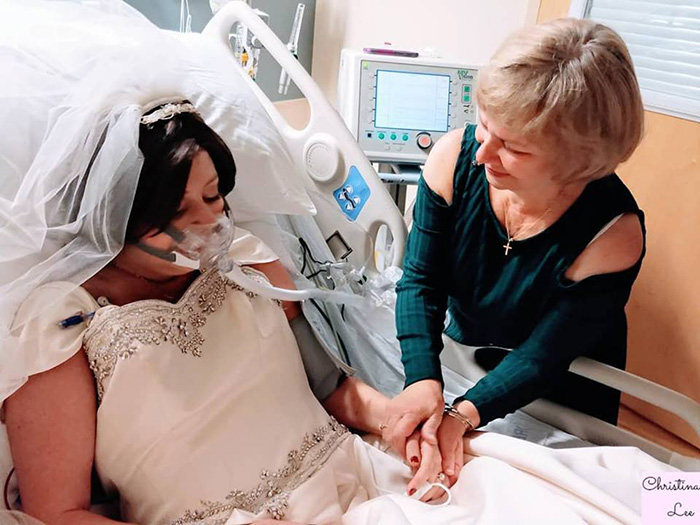 Later that night Mosher took Lindsay on a romantic carriage ride and when the moment was right, he got down on one knee and asked for her hand in marriage to which Lindsay agreed. The couple knew it was not going to be an easy road ahead but they decided to go through it together. As time progressed Lindsay’s cancer was becoming increasingly aggressive and in September doctors predicted it would soon spread to her brain.

Though she was in a lot of pain, she got through her wedding ceremony 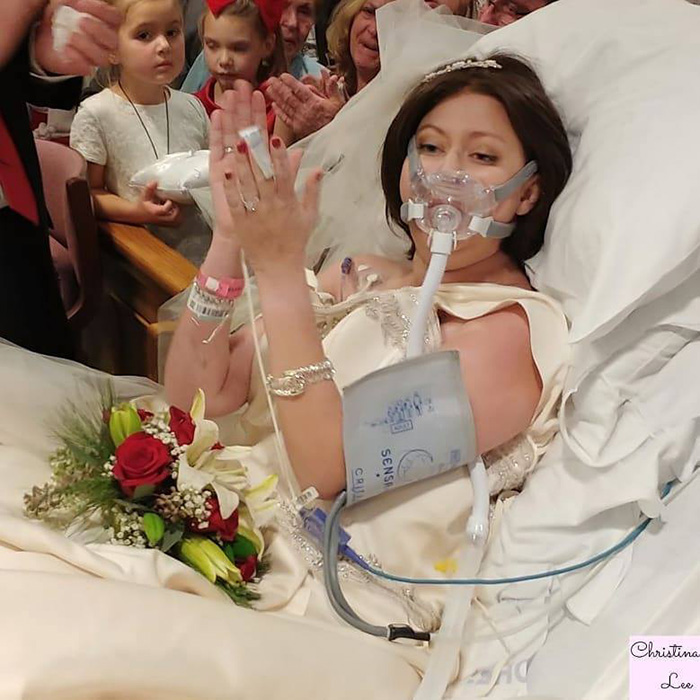 She tried to stay strong until their wedding day which was set to be on 30 December 2017 but doctors were not confident she could make it till then. They brought the ceremony forward by a week to 22 December, almost exactly one year after Mosher had popped the question.

The newlyweds enjoying the little time they have left together 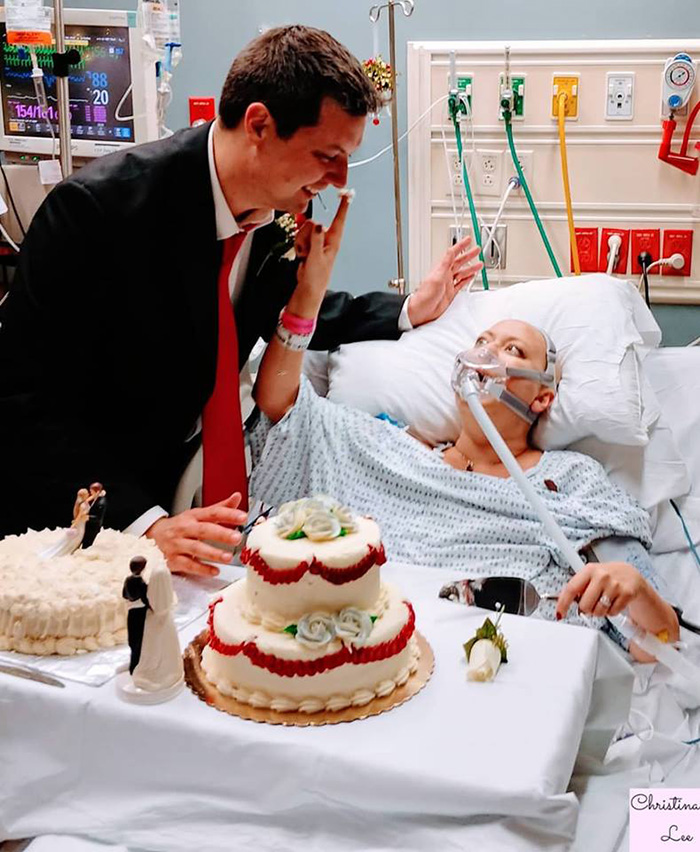 Lindsay was helped into a beautiful white gown and had her makeup done. She put on a wig and was wheeled into a room where she was greeted by family, friends and her husband-to-be.

Though she was on life support and could hardly speak, she pulled through the wedding ceremony and was announced Mrs. Mosher 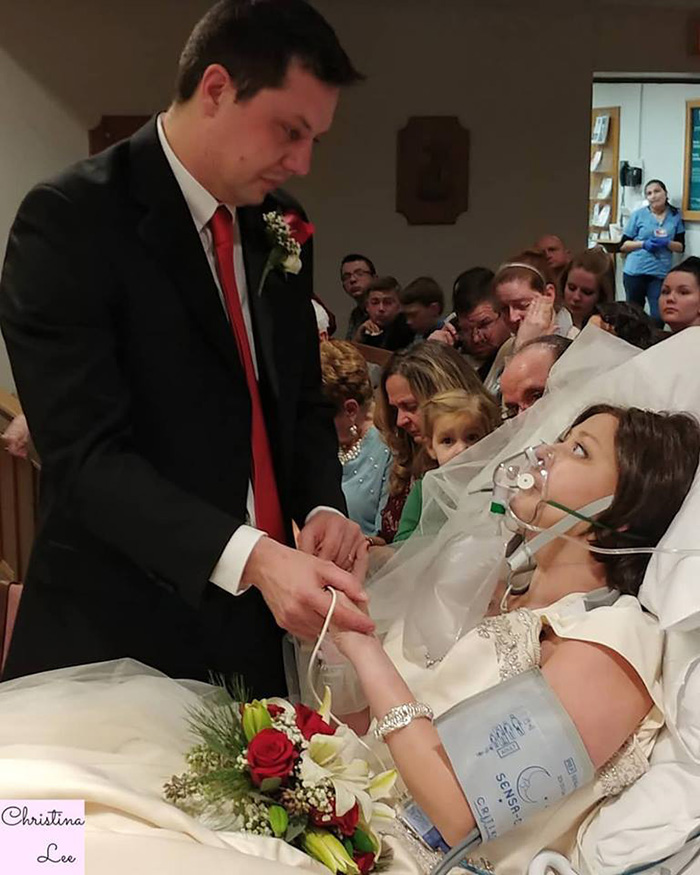 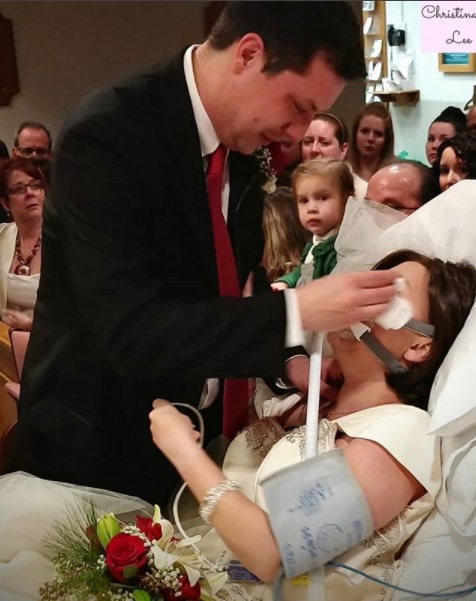 David Mosher told NBC Connecticut “I saw her in a lot of pain and she didn’t give up until she married me.” “It is so humbling that someone could love me like that.”

Lindsay unfortunately passed away 18 hours after saying “I do” and her funeral was held on 30 December 2017. “It was just like surreal because I’m supposed to be exchanging vows to her and here I am saying goodbye,” David Mosher.