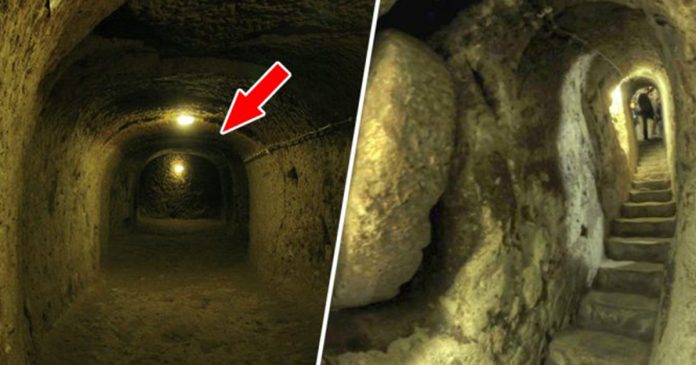 The story sounds like it came straight out of an Indiana Jones film. A man from the Nevşehir Province of Turkey was renovating his home and knocked down few walls in 1963 and was shocked to see what lay behind one of the walls.

He discovered a dark and mysterious room which he soon found out led to an intricate tunnel system leading to similar cave-like rooms. What they discovered was simply astounding as they unknowingly stumbled upon a vast subterranean city!

Derinkuyu loosely to “deep well” and it deserves it’s name 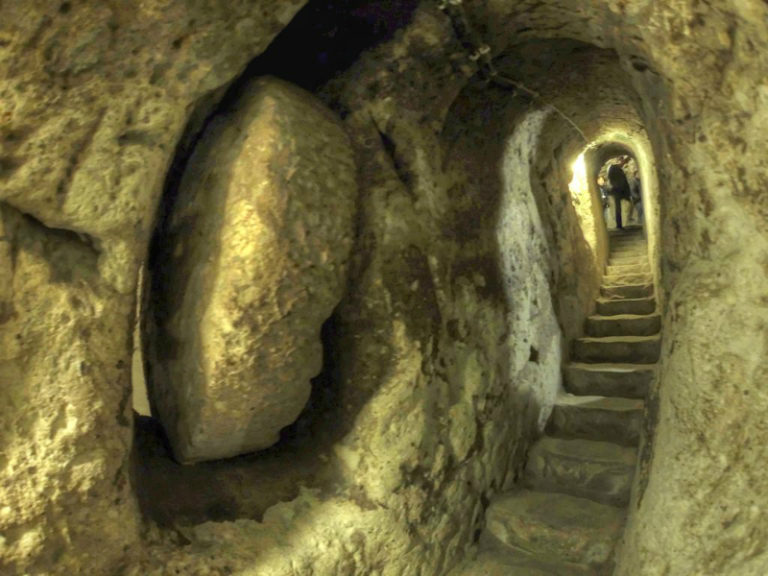 The tunnels were discovered in 1963 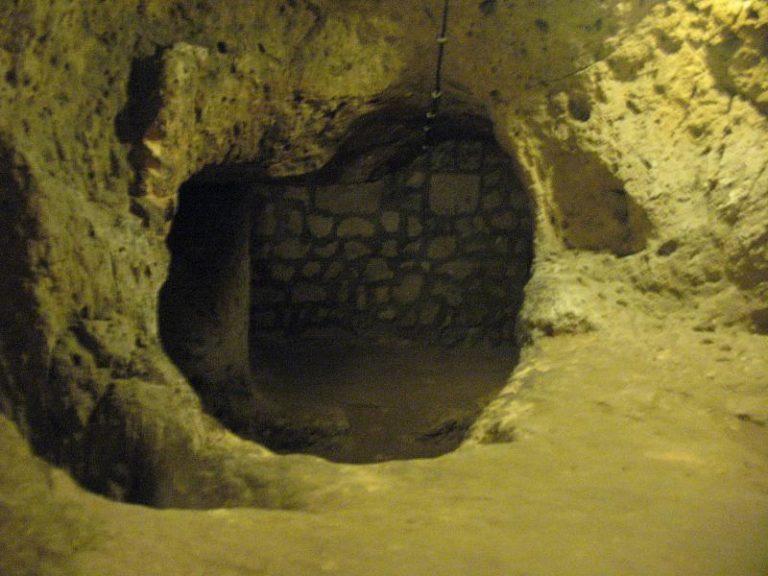 The city is known as Derinkuyu which translates loosely to “deep well”. The name is well deserved because even though this network of underground tunnels is neither the largest nor oldest, it is the deepest at 18 stories in depth.

The underground city was believed to have been carved out during the Byzantine era in 780-1180 AD. This vast network was likely used as a bunker to protect inhabitants during times of war as well as shelter them from natural disasters. 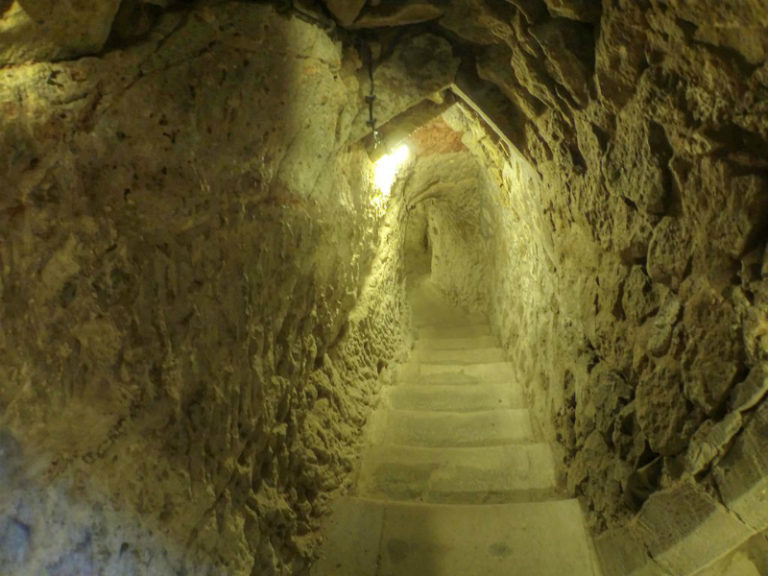 The system of tunnels are so large that it is believed to be able to house and shelter as many as 20,000 people along with their livestock and food stores. It is by far the largest excavated underground city in Turkey and it is one of several underground complexes found across Cappadocia. 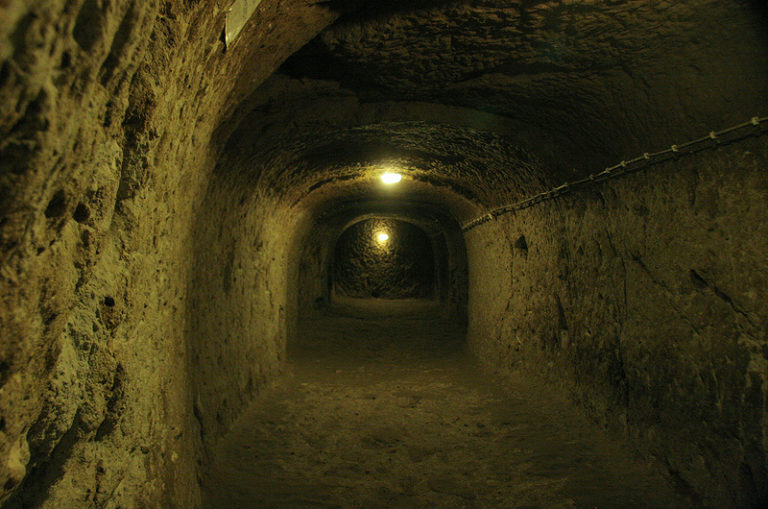 The structure and security system of the city was so complex that it had stone doors which were able to be closed from the inside to prevent enemies from entering the tunnels. Each storey is closed off individually in case the enemy could somehow get past the stone doors.

Many of the underground networks found in these parts have similar amenities and Derinkuyu is no different. Experts discovered wine and oil presses, stables, cellars, storage rooms, refectories, and chapels.

This is only one of several underground complexes found across Cappadocia 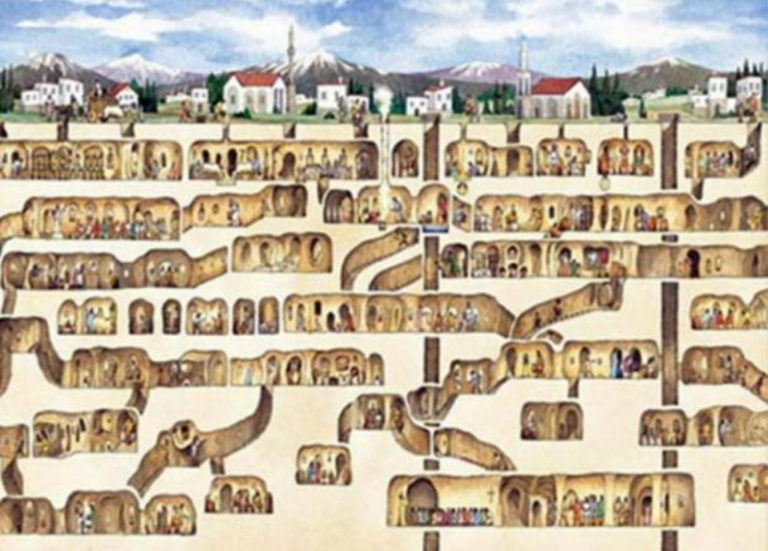 What was unique about this particular site was the presence of a huge complex on the second floor which housed a spacious room with a barrel vaulted ceiling. Archaeologists believed that this room was used exclusively as a religious school and the rooms on that floor were left for students to carry out their studies.

Excavators also found a large 55 m ventilation shaft which appeared to have been used as a well for the inhabitants to collect water for their daily use. They had access to fresh flowing water which was not connected with the surface and this was believed to be for safety purposes in order to prevent intruders above ground from poisoning their water supply. 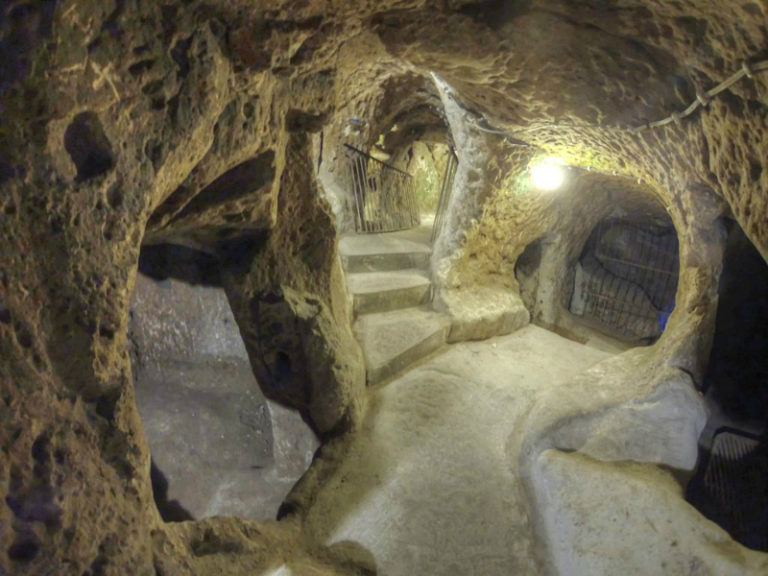 Only approximately half of the ancient tunnels in the subterranean city are accessible. Although it is believed that they are connected to other underground communities by tunnels that can stretch for miles.

The site was opened to visitors in 1969 and the underground city is still currently accessible to those who want to marvel at the incredible structure.