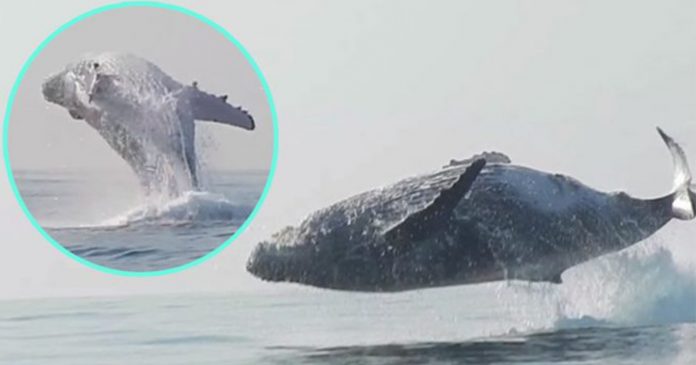 Of all creatures in the ocean, none could be compared to the great humpback whales. Their majestic size amazes many people as humpback whales are one of the biggest whale species. An adult humpback whale could weigh as heavy as 40,000 kilograms, an equivalent to 24 adult hippopotamus! Isn’t that impressive? 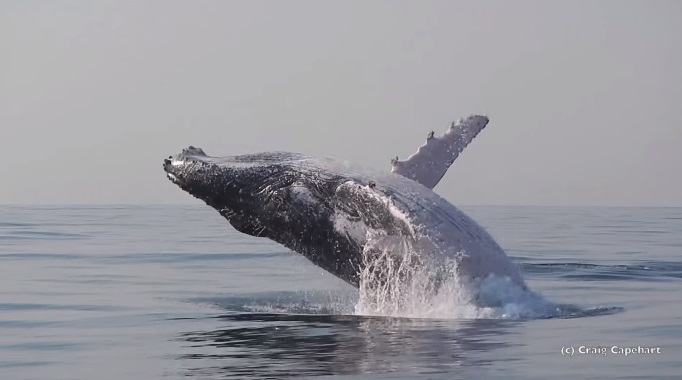 Even though they are one of the heaviest species in the world, these ocean giants are also famous for their spectacular acrobatic skills! 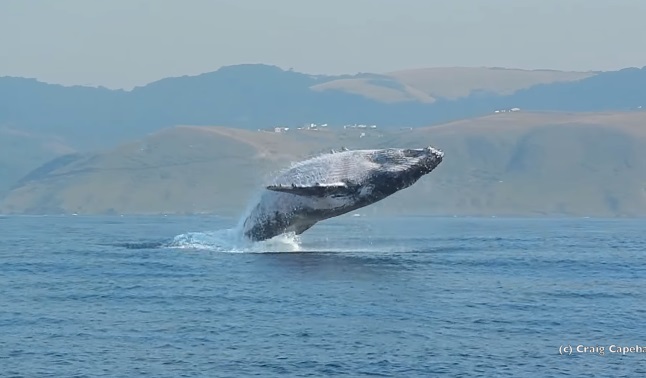 In a video that has gone viral on the internet, a humpback whale can be seen leaping high into the air, showing off its famous humpback before it dives back into the ocean 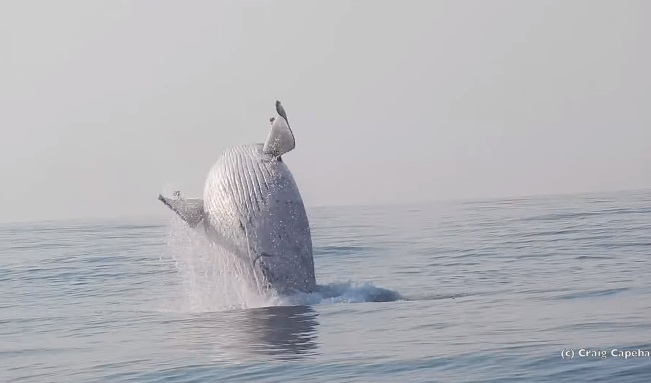 For a moment, the humpback whale looks as if it was flying low over the ocean!

“No one has ever recorded moments when adult humpback whales breaching the water and leaping out of the ocean before this. It is such a rare scene! We usually see dolphins and great white sharks jumping into the air but this is the first time for humpback whales!” 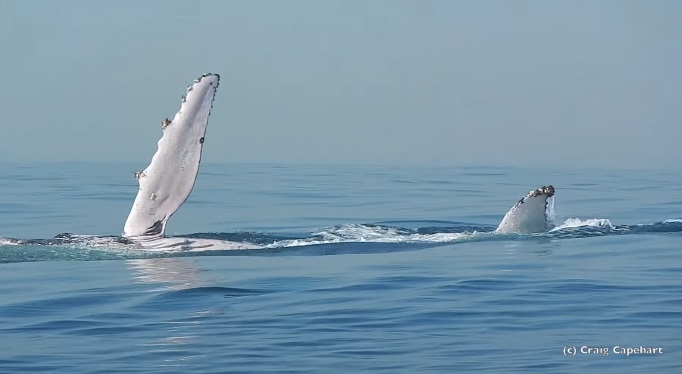 Look at how happy this humpback whale to breach and splash the water with its enormous tail!